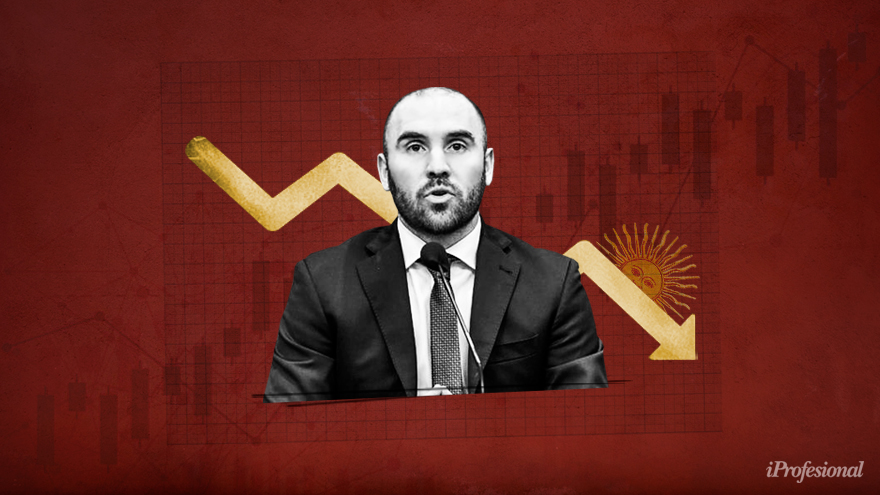 The rise in inflation in December, which was 3.8 percent monthly, marks a change from November’s low inflation of 2.5%. Therefore, If the BCRA increases the official exchange rate by only 1.8% per month, as happened in December, it may continue to fall short. Of the last 50 months, in 30 retail prices rose 3% per month or more and it is a marked trend.

The numbers released by the INDEC for December inflation, the monthly 3.8 percent and the annualized 50.9 percent, not only show a sharp jump compared to November, but also reveal the great error of the projection in the last Budget 2021 where the minister Martin Guzmán proposed an inflation of 33% for the whole year.

The miscalculation of inflation this year is one more of the Guzman Forced Errors, who, after the rejection of the 2022 Budget Project in Deputies, suggested to the Government to bring the closure of the renegotiation with the IMF to March. The specific limit that Guzmán proposed to close a new agreement was that of the first expiration of March 22 for about 2,800 million dollars. Another of the minister’s forced errors.

But now, according to the new strategy adopted by the Government, it is not known if an agreement will finally be signed and if it is signed, it will be short, medium or long term. What is concrete is that Guzmán It continues to pay with diagnostic errors and it could have saved the payment of those maturities if it had closed an agreement with the IMF last year.

This week the government canceled a maturity of some 700 million dollars with the IMF and at the end of December it canceled with the last DEGS that remained in the BCRA a capital maturity with the IMF for almost US$1.9 billion. The problem is the upcoming maturities with international organizations such as the IMF and the Paris Club between January and March 22, which reach the $4.3 billion.

The rejection of the 2022 Budget Project is the latest bad sign. But from the environment of the minister they maintain that it is not a serious inconvenience to sign a new agreement with the IMF. They continue to think about what type of agreement is going to be signed to avoid delays and their consequences and then they will have to monitor the content, the implementation and then its fulfillment. They maintain that the most important thing in the negotiation is to advance more in the forms and less in the contents.

The big underlying question is why Guzmán and the ruling party have resisted finalizing it with a negotiation that began in mid-2020 and with the cost of paying the maturities to date. They could have been refinanced so that the BCRA did not have to pay them with dollars from international reserves and with the equivalent of some 4.5 billion dollars for the extra SDRs that the Government received from the IMF due to the pandemic.

On the other hand, it is likely that the scarcity of reserve the liquid net accompanies the BCRA throughout the year and possibly also in 2023. Simultaneously with this dilemma (cyclical and structural) with the dollars, December was the month with the highest peso issuance of the year with a record of some $600,000 million.

Throughout 2021, the monetary issue to finance the Treasury was around 1.5 trillion pesos (practically the equivalent of the primary fiscal deficit for the year, which is estimated at about 1.5 trillion pesos and the same will be issued by the interests of the LELIQ: that is, a total gross issue of about 2.8 billion pesos.

Therefore, do not rule out movements to the upside in the alternative dollars during the summer considering that the current 208 pesos in the free market is a historically high value in real terms. In this context, it is important to highlight the process of raising the reference interest rate (LELIQ) and the minimum passive rate paid by banks to fixed terms that took place last week at the initiative of the BCRA.

What the BCRA is looking for is for the interest rate to be closer to the value of annualized inflation, close to 53 percent, according to the last REM of December, compared to an average interest rate of 40 percent per year. But it will also be necessary to analyze the impact of a rate hike on the BCRA’s quasi-fiscal deficit.

The concrete thing is that the economic team searched until the last moment get something in return from the IMF such as more time for a new agreement, lower interest rates, reducing the surcharges that it now pays since November or an explanation about how the IMF credit was granted to the government of Maurico Macri and how something that the IMF will not be able to explain was also spent.

Guzmán and part of the ruling party are convinced that the IMF does not want nor should it abandon Argentina at this stage, which is why they believe that the new agreement will eventually arrive, but so far they are only promises. For now, too, the promise of the rate hike with which Guzmán committed himself, but due to political problems it could not be applied and the result is in sight. 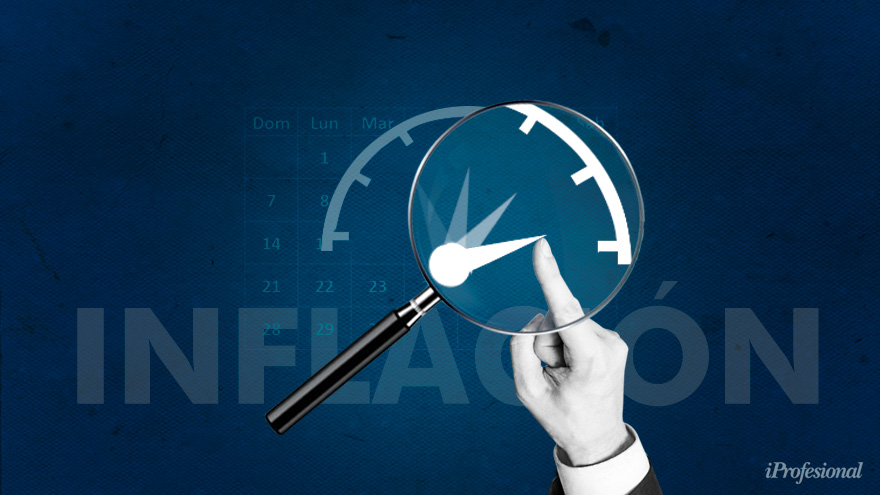 The demands of the IMF

The macro numbers and the financing scheme of the 2022 Budget Project rejected by Deputies did not convince the IMF technicians who had requested several changes to the original proposal presented a month ago in Washington by the economic team. Therefore, a new project will have to be presented since it was definitively dropped in Congress and was also accepted by the IMF staff.

The diagnosis to solve the problem and the future numbers of the macro policy are the key to start designing a new budget project. Among these numbers are the magnitude of the 2022 primary fiscal deficit that the IMF wants to see reduced to 2.5 percent of GDP. It will be necessary to agree with the IMF, in case of reaching an agreement, the macro dynamics 2022 and 2023 to put together the already worn-out Multiannual Budget that today apparently does not appear in the plans of the Minister of Economy.

Pressure for the dollar: more pesos going around

December played in favor of the seasonal demand for pesos, with a renewed and reinforced stock and a very good wheat harvest, but in January the situation usually turns around. Today the pesos are left over because in addition to the mega emission, the pesos have no place to go and go to consumption, to buy dollars in the free market and also to be placed at an interest rate higher than that of December.

The big question among Wall Street analysts and the local financial market this year is whether the BCRA will modify the politics would change current. The options are not many: accelerate the pace of devaluation of the peso without raising interest rates, an orderly devaluation jump and raising interest rates to start looking for a less negative rate than the current one, which does not convince savers to stay in pesos. Regarding the second of the options, the example of January 2014 can be cited, when the only strong devaluation of Kirchnerism was registered in just two days.

On January 23, 2014, the then Minister of Economy, Axel Kicillof, and the President of the Central Bank, Carlos Fábrega, decided to validate a strong devaluation of the peso of almost 25%. This took the value of the official dollar from $6.80 to more than $8.10. The decision had been debated for several weeks, but both officials did not think the same. Kicillof did not want to devalue or raise interest rates and Fábrega and part of the BCRA board, the vice president was the current BCRA president Miguel Angel Pesce, believed otherwise.

If that context is compared with today, it can be said that the financial economic situation was better at that time than it is now. Inflation was 25 percent per year, the net liquid reserves of the Central in January of that year exceeded US$ 13,000 million. The exchange rate gap reached 45% compared to 100% now. There was a real official exchange rate that at today’s values ​​would be about $80 and a cash with settlement (CCL) that adjusted today would be about $115. Currently, the real official exchange rate is $102, Meanwhile he CCL average stands $210 and the gap arrive at 100%.

In the months prior to the end of 2013, furthermore, the devaluation of the peso had already accelerated and was 4% in November and 6% in December, while currently, since the beginning of the year, the Central Bank maintained a strategy of devaluing at 1% per month, with inflation levels above 3%.

In the only variables in which the current context is better than 2014 is that the official exchange rate is not so far behind (although it tends very quickly to that destination with the gap between the monthly devaluation and inflation) and that there is currently a surplus of the trade balance, thanks to the greater exports of the field due to the high prices of commodities.

After the December inflation number was known, most of the analysts consulted by iProfesional believe that a depreciation between 3 and 4% per month of the pesos against the dollar is necessary to be consistent with the need to stop delaying the exchange rate and reverse the loss of international reserves. However, this action plan has one caveat, and that is that a relatively quick understanding with the IMF is needed, so that the anchorage of expectations impede that inflation cutout the gain in competitiveness and is at a level very close to that of the official depreciation.

In this regard, the recent rise in the interest rate of the BCRA’s monetary liabilities is important because if a greater monthly devaluation is applied without incentives to stay in pesos, the expectation that the exchange rate will rise each month will encourage greater dollarization.

“That was what happened at the end of 2013, when after the mid-term elections they wanted to correct the backwardness of the dollar with negative interest rates. That made everything worse and increased the demand for foreign currency, so they ended up devaluing more strongly. Then Fábrega applied a rise in the interest rate and began to place Lebac [letras del Banco Central] to individuals,” Marcelo Elizondo, director of the consultancy firm DNI, explained to iProfesional.

If all this is worked out in a scenario of a future agreement, albeit with concerns regarding its future compliance, it could be said that it would be easier. In contrast, without a closed agreement with the IMF before the end of March 2022, the foreign exchange market is complicated, the currency gap widen even more and the current macroeconomic instability would become more unstable.

The alternative options (which would be a covert devaluation) are to apply a higher monthly increase in the official dollar accompanied by an increase in the interest rate or a split, in which the Government would decide which imports enter at each exchange rate. In either case there will be higher inflation.

Spotting the PS5 version of Apex Legends on the PlayStation Store

Omicron is still high, this is the condition of a country whose citizens are allowed to enter by RI