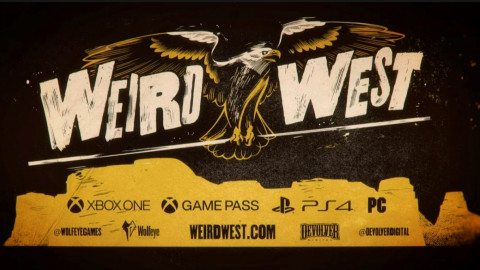 AUSTIN, TX–(Newswire) April 01, 2022 — Devolver Digital, a global game distributor, has released Weird West, the first work of Wolfeye Studios, in Korea time. It was officially released on April 1st. Weird West will be released on PC, PlayStation 4 and Xbox One platforms.

Wolfeye Studios is a newly established studio by Rafael Colantonio and Julian Robbie, founders of Arcane Studios and Frey and Dishonored. This Weird West is a bizarre story in which sheriffs and gunmen encounter various supernatural beings in the background of the pioneering era of the American West. It is also the name of the old Western background genre. Players will control a total of five unique characters to explore this new world.

Weird West stands for an immersive simulation genre in which every detail changes according to the decisions the player makes along with various random encounters. Overseas game webzines also commented that ‘Weird West will be able to coolly scratch the itchiness that gamers felt in Fallout 1 and 2 (original Fallout series)’.

Weird West, which was originally scheduled to be released in January of this year, has been delayed for three months in accordance with Wolfeye Studios’ wish to present a game with better quality in the recent game market, which is often released unfinished and chased after the release date.

Weird West, which is attracting attention even though it is the first work of an independent studio due to the director’s fame, is released with subtitles in Korean. For more details, you can check various information on the official website and store page.

This press release was prepared by the respective company. The media may use this material for reporting.

We met the first finalist of the tournament in Miami