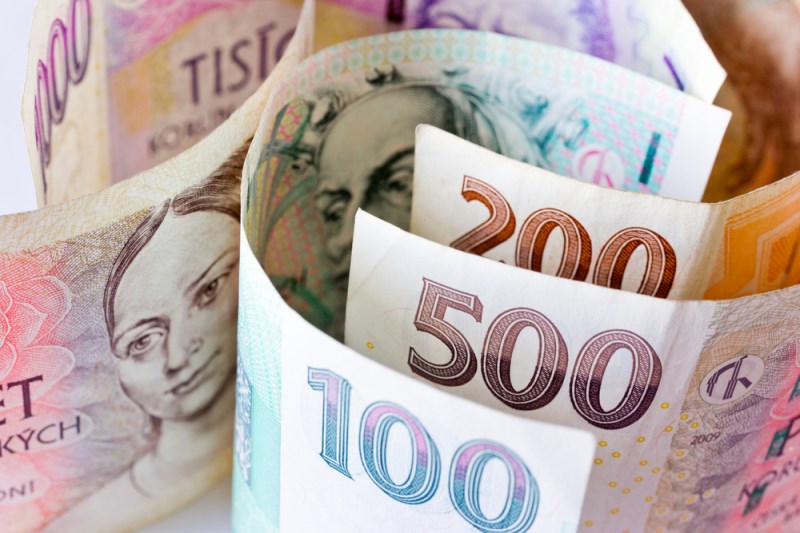 Higher November inflation (6%) is undoubtedly another argument for the central bank for faster growth in interest rates. Inflation dynamics continued to accelerate, despite the temporary dampening of price increases dampened by the VAT waiver on electricity and natural gas. Inflation is thus more than a percentage point above the central bank’s November forecast and is likely to jump above 7% by the beginning of next year. And higher inflation is not the only pro-inflation factor that central bankers will have to take into account.

The GDP for the third quarter was revised upwards (above the forecast), wages also grew faster and, above all, the koruna is more than one percent weaker than the CNB forecast. At the same time, October’s industrial production, burdened by significant outages in the automotive industry, did not turn out so badly. And new surveys among industry entrepreneurs show that tensions in subcontracting chains are partially easing, but inflationary pressures in manufacturing continue to rise. All this speaks in favor of continuing the rapid rise in rates.

On the other hand, the CNB is no longer at the beginning of a cycle of tightening monetary policy and thus theoretically does not have to “rush” rates to neutral levels. Moreover, it is not entirely clear how the economy will react to the unprecedented rate of tightening of the monetary screws – businesses and households are affected not only by the level of rates themselves, but also by the rate of change. This is one of the reasons why, at some point, it would make sense to stop raising interest rates and look at the effects of rising interest rates on the real economy and inflationary pressures.

However, inflation risks continued to rise in the second half of November and in December, so we will have to wait a while longer. After the last comments of Tomáš Holub from the CNB, a rise in rates of another 75 bps in December cannot be ruled out. But then it would be worthwhile to stop for a moment and look around, although, of course, much will depend on the strength of inflationary pressures at the turn of the year and the new February forecast.

After higher inflation numbers in Friday’s trading, the Czech currency strengthened slightly and fell below 25.40 EUR / CZK. At the beginning of this week, hawkish comments by Tomáš Holub may help her, but later attention will be shifted to the meeting of the American Fed and the ECB. And the announcement of faster “tapering” (although expected) may simply not please Central European currencies.

US inflation in November fell in line with expectations, which means that it has reached a 39-year high. The development of core inflation, which is already at almost 5%, is particularly problematic for the Fed.
And it is the Fed meeting that will be the main event for the euro dollar this week. Lower volatility can be expected until Wednesday evening, when the outcome of the Fed meeting will be communicated. However, the market can react easily to the results of British inflation (in view of the upcoming Bank of England meeting).

‘The Lord of the Rings: Gollum’ unveils cinematic video at The Game Awards