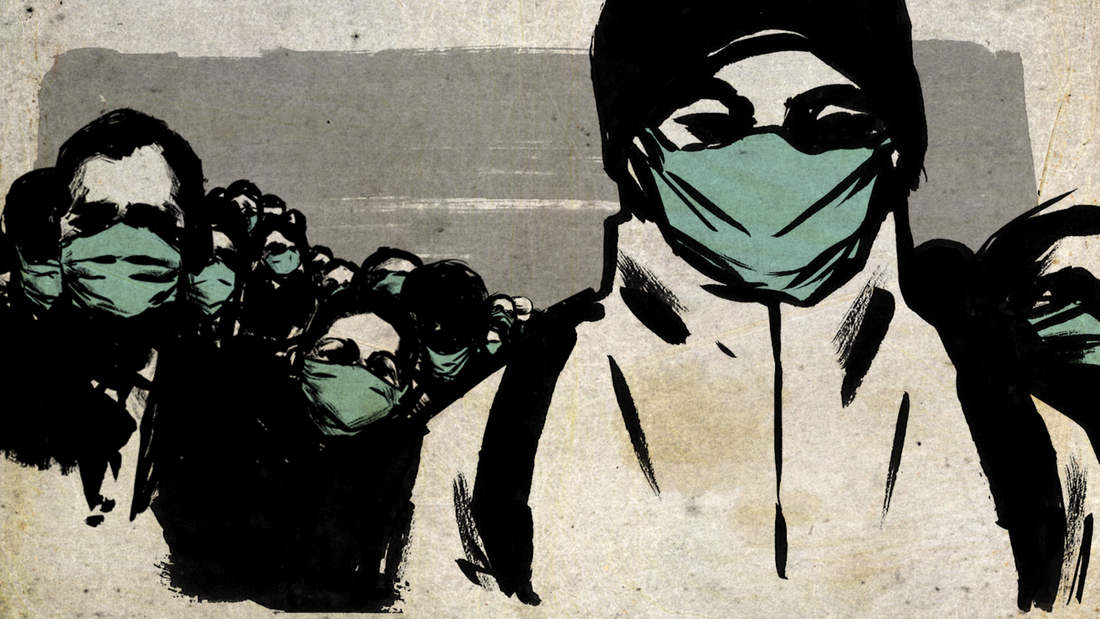 There is so much inaccurate information floating around out there that the World Health Organization is calling it “an infodemic”. In the clearest sign of the times, WHO has joined TikTok to help make things clear.
Myths exist both on the margins of the Internet and in several traditional stores. And while social media platforms are taking steps to elevate credible information and remove content that could confuse people, they are fighting an uphill battle. Meanwhile, government censorship and distrust in some countries have created a Petri dish to spread misinformation.

Here is the truth about the new coronavirus.

Reality: Don’t believe everything you read on the Internet.

When the coronavirus epidemic turned into a real public health crisis, a marginal theory about the origins of the virus began to take hold on the Internet: that the virus did not come from nature, but was instead created in a laboratory .

The rumors, which came from unverified social media accounts and were not supported by any credible evidence, have become more elaborate over time.

A version popularized outside of China suggested that a Chinese laboratory had secretly worked on a biological weapon that had been leaked. Another who took hold among the nationalistic parts of the Chinese social mediasphere suggested that the virus originated in the United States – and that many Americans thought they had died of the flu this season were actually killed by COVID-19.

Scientists in both China and the West have widely rejected these theories, although that hasn’t stopped them from spreading. Experts are still trying to figure out the exact source of the virus, but research indicates that it probably originated in bats and was passed on to an intermediate host before jumping to people, just like his cousin who caused the SARS epidemic. of 2003.

Myth: Home remedies can cure or prevent the virus

Reality: Garlic is good for you. So is the water. And vitamin C. But despite what some corners of social media would have you believe, there is no evidence from the outbreak that eating garlic, sipping water every 15 minutes or taking vitamin C will protect people from the new coronavirus. The same goes for the use of essential oils, colloidal silver and steroids.

Some posts have suggested that putting sesame oil on your body or spraying yourself with alcohol or chlorine will kill the virus. This is also untrue.

There are some chemical disinfectants, including bleach, 75% ethanol, peracetic acid and chloroform, which can kill the virus on surfaces. But if the virus is already in your body, putting those substances on your skin or under your nose won’t kill it and can actually be dangerous.

And this should be obvious, but please, please, don’t even ingest chemical disinfectants.

There is currently no cure for the new coronavirus. And while research is ongoing, it may take over a year for a vaccine to become available.
The best way to protect yourself right now is to do what you would do in any cold and flu season. Stay at least one meter away from anyone who may be infected. Wash your hands often with soap and water for at least 20 seconds. Cover your mouth and nose when you cough or sneeze with your elbow or a tissue that you throw away immediately afterwards. And it disinfects the objects and surfaces you touch.

If you have symptoms that seem worse than a common cold, seek treatment early.

Myth: you need to get a mask

Reality: People who are comfortable do not need to wear face masks, according to the CDC.
In fact, warns the American general surgeon Dr. Jerome Adams, face masks could actually increase the risk of infection if not worn correctly.

Face masks should instead be worn by those who have the new coronavirus and show symptoms in order to protect others from infection.

The other people who really need to wear masks are healthcare professionals and people who care for someone infected with the virus in nearby settings, according to the CDC.

Buying masks and respirators when you feel good will only make the shortage worse and the consequent reduction in prices. This puts health workers who really need it, along with their communities, at risk.

Myth: Heat can kill the virus

Reality: Hand towels cannot kill the virus, according to WHO. The organization also claims that UV lamps should not be used to sterilize the hands or other areas of the body because radiation can irritate the skin.
President Donald Trump previously suggested that heat kills the virus and that for this reason, the current epidemic will have dissipated by spring.
But public health experts say there is no way of knowing.

Myth: the virus can be transmitted by mail

Receiving a letter or package from China will not put you at risk of contracting the virus, according to WHO.

Researchers are still studying exactly how the new coronavirus infects people, but judging from previous coronaviruses, it doesn’t last long on objects and surfaces.

Reality: Anyone of any age can get the new coronavirus, although older people and those with pre-existing medical conditions seem to be more vulnerable to serious infections.

While most confirmed cases of the virus have occurred in adults, children have also been infected, according to the Centers for Disease Control and Prevention.

Myth: people who get coronavirus will die

Reality: The death rate for the virus is around 2% and officials say the number is expected to decrease.

People with coronavirus typically fall ill with mild to moderate upper respiratory tract disease similar to a common cold. Symptoms include runny nose, cough, sore throat, headache and fever which can last for a few days. Most of the time, the symptoms disappear on their own.

The disease can be fatal but those cases are rarer.

For those with a weakened immune system, elderly and very young, there is a possibility that the virus may cause a lower and much more serious respiratory disease such as pneumonia or bronchitis.

Given that thousands of people have been infected and authorities are still struggling to contain the virus, a 2% mortality rate is also worrying.

Women are disadvantaged: Gender equality study: L’Oréal at its best

Will Covid-19 disappear with spring?