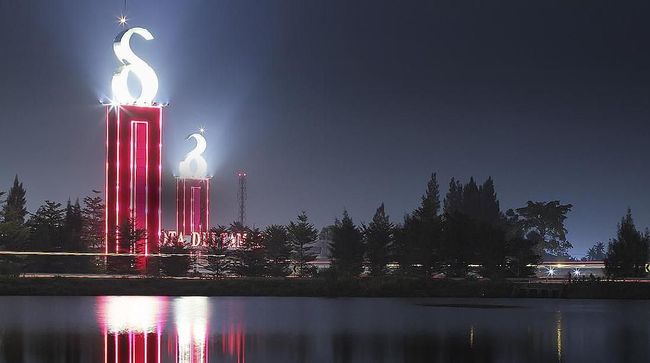 Jakarta, CNBC Indonesia – PT Puradelta Lestari Tbk (DMAS) management company for industrial and residential land at Kota Deltamas Group Sinarmas in Cikarang, posted a net profit attributable to owners of the parent entity of Rp 288.57 billion during the first half of this year.

The net profit shot up 265% from the same period last year of Rp 79 billion. This increase had an impact on basic earnings per share which increased to 5.99 per share from the previous Rp 1.64 per share.

During the first 6 months of this year, the company posted operating revenues of Rp 579.78 billion from last year’s Rp 252.59 billion.

Financial report data noted that the largest operating income was still contributed by the sale of industrial land amounting to Rp 436.32 billion, equivalent to 75.3 percent of the company’s total revenue, an increase from the previous year’s Rp 182.21 billion.

Total assets as of June 30, 2021 were recorded at Rp 6.48 trillion, 4.1% lower than the position on December 31, 2020, which was Rp 6.75 trillion. The decrease in assets was mainly due to a decrease in cash and cash equivalents for the distribution of cash dividends.

Meanwhile, liabilities were recorded at Rp. 1 trillion with equity of Rp. 5.47 trillion as of June 2021.

Landslides and floods in northern Italy after torrential rains