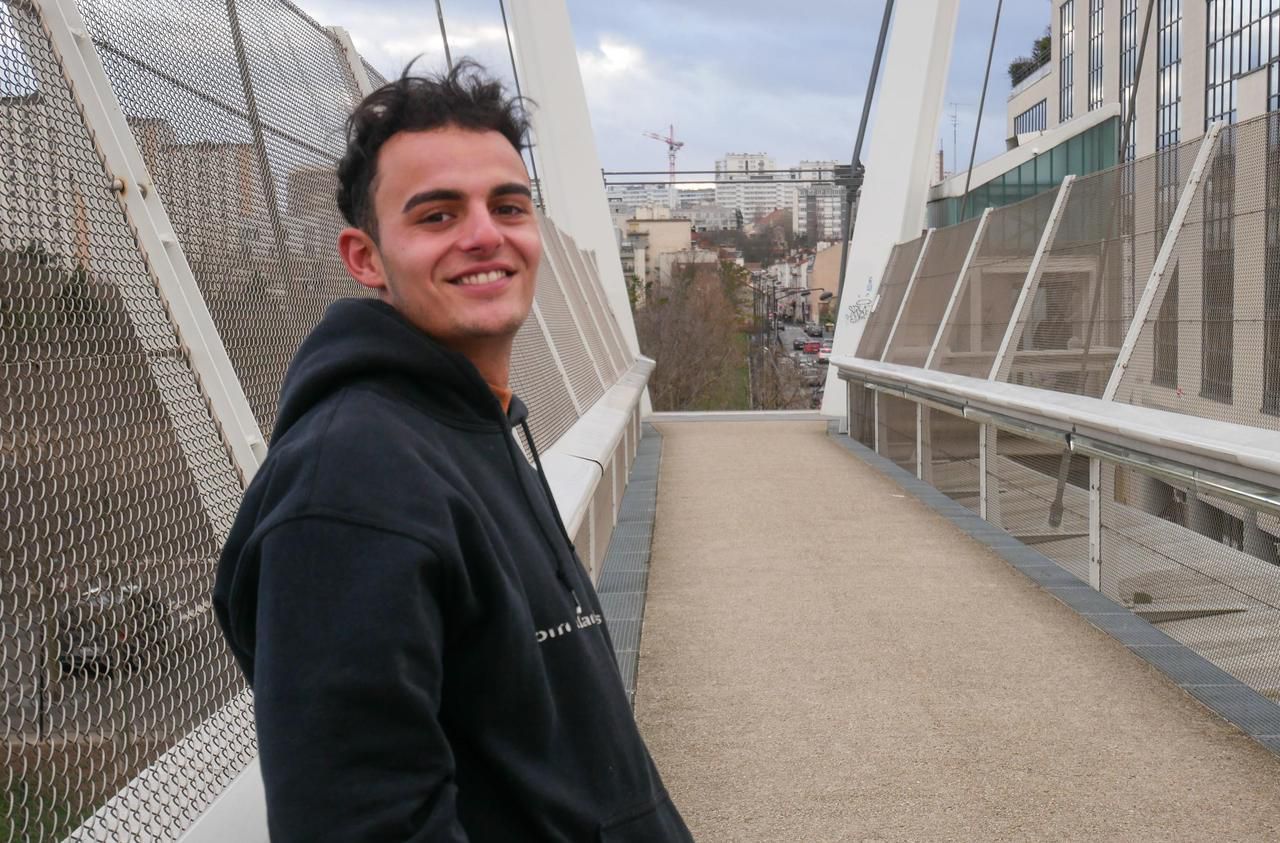 Youngest candidate in season 11 of “Top” Chef “, M 6’s culinary show, Diego Alary, 22, is now flourishing … in the kitchen. But he has long dreamed of becoming a professional footballer. “My life was football”, explains this ex-central defender who moved to the US Ivry where he lives, then to the CFFP (Paris football training center) in Orly. “With Ivry, we had a very good generation,” he recalls. In U14, we finished champion of Ile-de-France by beating all the big clubs like PSG. At CFFP, I slept there. It was not professional but I had the life of a young person in a training center. “

With Ivry, he faced Kylian Mbappé when he played Bondy. “It wasn’t over yet, but it already had everything,” he recalls. It was already visible that he was going to go very far. He was very confident and he did not change. “Promising, Diego was followed by clubs like Bordeaux and Rennes. He had also taken all the steps to join INF Clairefontaine. “I had arrived until the last lap, there were only twenty of us left,” said the man who was already playing “the chefs” on the field. “I liked to control and command my defense,” he smiles. A football team is like a kitchen brigade. ”

“Going to Ducasse’s, it’s like I signed at Real Madrid”

His fate, however, will change due to a tibia-fibula fracture. “I was three meters behind, I wanted to tackle but the striker struck in my shin instead of the ball. I saved the goal but my leg was destroyed. I stayed for eight months with a cast and it took me almost a year to walk again. If he tried to start again, this OM supporter, who had Laurent Blanc as a model, could never regain his feelings. “I was very unhappy not being able to play football anymore. It had punctuated my whole life until then but everything collapsed. I don’t know if I would have become a pro, but I would have fought to achieve this goal. It was very hard. ”

Gastronomy, however, gave him a new motivation. “I am very family, we did a lot at home. My mother said to me one day: why don’t you go into the kitchen? After joining the Ferrandi school in Paris, he multiplied experiences. At 20, he joined Alain Ducasse’s Plaza Athénée, 3 Michelin stars. “It’s like a transfer when you go from a small club to one of the best in the world. In a starred restaurant, we are provided with everything, it reminded me of Clairefontaine. Going to Ducasse’s, it’s like I signed at Real Madrid. “

His background as a footballer has helped him in his profession. “As a kid, I was turbulent and football channeled me by giving me great values. In the kitchen, I found similar values: team spirit, giving of yourself, always being there to help others, respect for elders and traditions. There are a lot of analogies. ” He also kept “a competitive spirit that never lets go”, forged on the field. “A service in the kitchen is like a competition. At some point, you have to send and not think. When it’s hard, you have to bite the bullet. And like football, you have to train a lot to be successful. Diego Alary now plays in a small indoor soccer club in Ivry. “It is a need because I am still as passionate about football as ever. At the restaurant, we finish late and I like watching the debriefing of the matches on TV. I went to Top Chef with my football mentality. I took each test as a match to be won. It served me. Because like when I was playing, I learned to put my defeats into perspective so that I could quickly start again. “

See also  A great example for Sparta. James Bond also fell with the Rangers in Prague