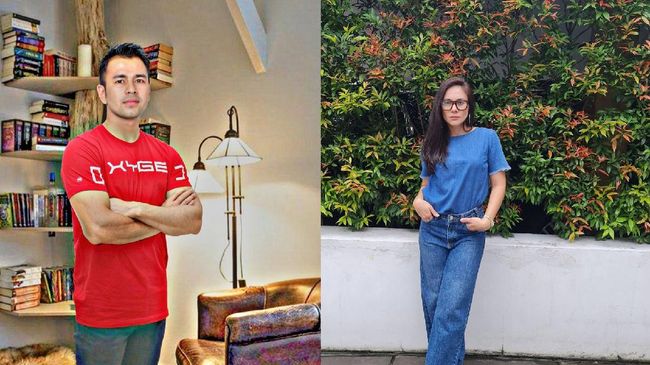 Jakarta, CNBC Indonesia – The shares of the issuer that was linked to the famous artist Raffi Ahmad, PT Digital Mediatama Maxima Tbk (DMMX), managed to close the week by becoming one of the top gainers at the close of trading Friday (21/5/2021).

Being at a different pole, the shares of the issuer managing restaurant Lucy in The Sky, PT Lima Dua Lima Tiga Tbk (LUCY) became a ‘loser’ after dropping 9%. Previously, shares of issuers whose independent commissioners were artists famous Wulan Guritno has collapsed 7 times in a row and touched down auto rejection (ARB).

According to IDX data, 179 stocks rose, 309 stocks declined and 154 stocks were stagnant, with a transaction value of Rp 9.97 trillion and trading volume reaching 15.72 billion shares.

Amid the weakness of the JCI ‘muscles’, foreign stock market investors entered Indonesia with a record that foreign net purchases reached Rp 130.90 billion in the regular market. Meanwhile, foreigners recorded a net sale in the negotiation market and cash market of Rp 1.50 billion.

Looking at the data above, shares of an issuer engaged in digital trade marketing, DMMX, managed to rank as the third top gainer after surging 11.11% to Rp 1,050 / share.

The transaction value of DMMX shares was recorded at IDR 83 billion. Although it strengthened, foreigners were recorded to have exited this stock amounting to Rp 10.03 billion.

With this, DMMX shares managed to accelerate in the green territory for 4 consecutive days, with top gainers reaching 24.50% last Wednesday (19/5).

The issuer’s shares that are included in the IDX TECHNO index were once associated with artists and public figure well-known, Raffi Ahmad, some time ago.

Based on the disclosure of information on the IDX, DMMX is noted to have collaborated with a company owned by Raffi Ahmad, an artist who is commonly known as ‘Sultan Andara’, to form a joint venture company.

Just note, LUCY’s shares are listed on the Acceleration Board which allows this share price to go up and down in the range of 10%.

With this, LUCY’s share price is lower than the price at the initial public offering (IPO) of IDR 100 / share.

Unlike a number of other new IPO stocks, LUCY’s ‘ARA fever (auto rejection over)’ period is very short, i.e. only on the first day of stock listing, on May 5, 2021.

For information only, LUCY officially took the floor on the stock exchange on Wednesday morning (5/5/2021). LUCY is engaged in the consumer cyclicals sector with the consumer services sub-sector. The industry of LUCY is tourism and recreation with the restaurant sub industry.

In terms of management and management, the country’s top artist, Wulan Guritno and the son-in-law of a well-known designer, Ghea Panggabean, Surya Andarurachman Putra are behind this Five Two Five Three.

Wulan Guritno, or Sri Wulandari, is listed as an independent commissioner at the company. Meanwhile, Surya became the President Director.