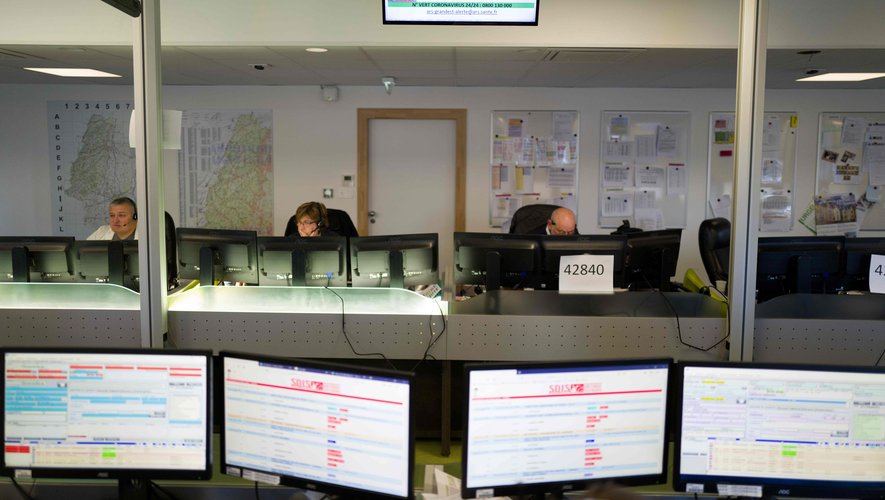 the essential
The coronavirus killed 30 people in France according to a new report this Tuesday noon. In Occitania, 60 contaminations are listed, there are ten in the Lot-et-Garonne. Schools are closed in Lézignan-Corbières and Quillan in Aude. Italy has taken drastic measures to try to contain the epidemic. Follow our live all day on ladepeche.fr.

France registers 30 deaths and 1,412 cases of coronavirus according to a new assessment by Public Health France this Tuesday noon. We are the second most affected European country after Italy. The main sources of contamination remain the Haut-Rhin, Oise, Haute-Savoie and the regions of Mulhouse and Ajaccio. Head of State Emmanuel Macron has just arrived at the Necker hospital in Paris at the Samu call center, which currently handles 6000 calls a day. This is the fourth visit by the Head of State on the subject of the coronavirus.

In Marseille, a cruise ship was immobilized in the harbor to disembark two suspicious passengers and allow them to do tests at the Timone hospital, says France Bleu Provence. The results will be known in the afternoon. The Aïdasol arrives from Valence in Spain and was to stop in Marseilles.

For the first time, a member of the government is affected by the coronavirus: Franck Riester, the Minister of Culture, is doing well and will continue to work remotely, indicates Matignon.

In the name of the precautionary principle, the ARS, the prefecture and the rectorate have decided to close all crèches, day nurseries, educational establishments and extracurricular centers in Quillan in the Aude from this Tuesday until Sunday 22 March. Students must remain isolated at home. Interns will be taken care of at the Edouard-Herriot professional high school boarding school pending further instructions. Just over 660 students are affected from kindergarten to high school.

In Quillan, gatherings must be limited to the strict minimum. A couple in their 70s who recently stayed in Egypt are among the confirmed cases of coronavirus. On the Lézignan-Corbières side, three schools are closed until March 22: the Daudet nursery school and the Dolto and Marie-Curie schools.

The Occitanie regional health agency announced thirteen new cases in the region on Monday evening: six in Hérault, six in Aude and one in Haute-Garonne. 60 people are contaminated in the region. In detail, the ARS recorded 24 cases in Hérault, 14 in Aude, 8 in Aveyron, 3 in Gard, in Tarn-et-Garonne and Haute-Garonne, 2 in Tarn and Lot and 1 in the Gers. Two people are currently in intensive care and one person is cured (a 41 year old man in Montpellier). In Lot-et-Garonne, the ARS of Nouvelle-Aquitaine lists ten cases of contamination.

If the regional map is not displayed, deactivate your ad blocker:

Events canceled in the region

New event cancellations were announced on Tuesday in our region: the Toulouse carnival parade on March 29 and the traditional Easter cups by Nogaro in the Gers. They are postponed to July 10, 11 and 12, 2020.

Read also :
Fairs, carnival, concerts, fairs … All events postponed or canceled due to coronavirus in Toulouse

In China, the Chinese province of Hubei which concentrates the main part of the cases of coronavirus, decided this Tuesday morning a partial lifting of the restrictions on displacements of its inhabitants. Residents will receive QR codes symbolizing their state of health. A green code will allow them to travel to this central China province and no longer be confined.

In China, President Xi Jimping visited Wuhan, the epicenter of the epidemic, for the first time. He met residents, the sick, politicians for an “inspection visit” and medical staff by videoconference. Chinese state media People’s daily, the official organ of the Communist Party, shared a video on social media.

The WHO believes that China is “in the process of controlling the epidemic” and that “the threat of a pandemic” on a global scale has “become very real”.

Italy: tutti a casa (all at home)

Unprecedented decision against the coronavirus: the 60 million Italians are asked to stay at home from this Tuesday. The whole country is placed in quarantine. “The whole of Italy will become a protected area,” said head of government Giuseppe Conte in a grave tone. Italians must stay at home except for going to work, shopping or medical care. Gatherings are prohibited. The closure of schools and universities across the country, originally scheduled until March 15, will remain in effect until April 3. The football championship is suspended. All ski resorts will close, as will museums, gyms, swimming pools, nightclubs or bars. From Rome to Naples, supermarkets were stormed by frightened Italians on Monday evening.

The death toll exceeds 4,000 people worldwide, the number of cases 113,000 people in 101 countries. Mongolia knows its first case: it is a French employee of the nuclear giant Orano. The first death is reported in Lebanon. Spain has passed a thousand cases of contamination and has announced 28 deaths. Schools and universities are closed in the Madrid region. The United States registers 500 cases of contamination in thirty states.