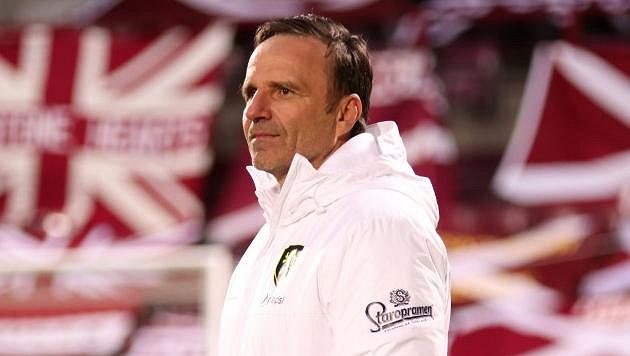 Coach of the national team of twenty-one Karel Krejčí.

“I firmly believe that we will not encounter any more outages and we will go to Friday’s match in the current line-up,” the Lion coach told the FACR official website. it’s not easy, you have some idea about the composition of the team and it is waiting for two days for the coronavirus tests to speak from them. .

“At the last moment we wanted to expand the team before the trip to Greece, but one of the substitutes was unfortunately positive and there was no intention to call Matěj Chaluš after the end of his quarantine,” said Krejčí.

Holík is back and warns of everything before the battle: The Greeks will not release anything

The winners of the groups and the five best teams from the second places will enter the final tournament in Hungary and Slovenia. The lion cubs dominate the table, but the second Scots lag only by one point, the third Croats lose two and the fourth Greeks lose five points. In addition, all three pursuers have a good match. While the Czech youth have a worse balance of mutual matches with Scotland, with the same number of points with the Croats, on the contrary, they would find themselves in an advantage.

#Ceskarepre U21 will head to Athens today ????????, where it must unconditionally win on Friday in order to maintain its hopes of progress ???? pic.twitter.com/qwbY5me5uj

In Greece, Czech youth must unconditionally obtain three points, which will guarantee them the worst second place in the fourth group, which in certain circumstances may be enough to advance. In order to control the group, they have to win and at the same time they need Scotland not to score four points in the last two matches (home Croatia, away Greece) and Croatia to stumble at least once in one of two matches (away Scotland, home Lithuania).