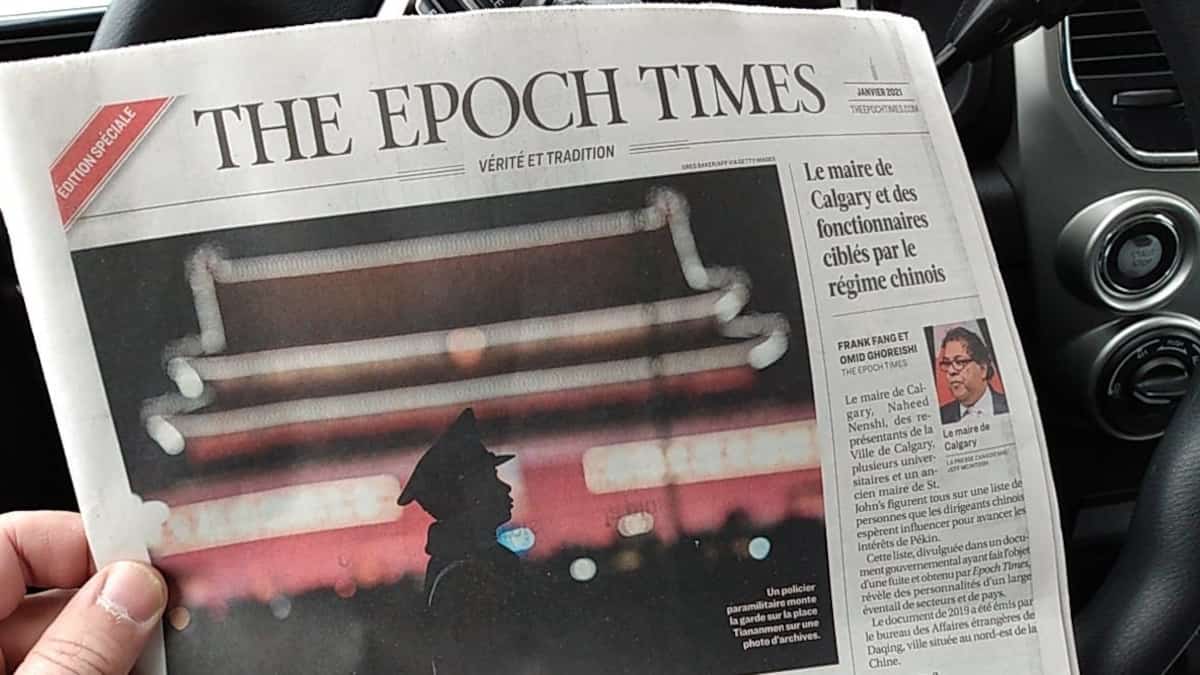 The Epoch Times is a medium that was founded in the United States by a group of Chinese Americans in the 2000s. The head behind this newspaper is John Tang, a member of Falun Gong, a spiritual practice movement banned in China.

For some time now, citizens, particularly in Quebec City and Montreal, have reported receiving the publication in their mailbox without having requested it and without being subscribed to it.

A media representative contacted by The newspaper indicated that this was a way of promoting in order to get new subscribers. This distribution occurs a few times a year.

“It’s a free sample. If these people read the newspaper and like it, they can subscribe and we have different plans, ”said a customer service manager at The Epoch Times, before offering a subscription to the representative of the Journal.

In times of pandemic, as various government authorities fight against disinformation and conspiracy theories, workers at Canada Post – a company run by the federal government – say they are uncomfortable with the distribution of this newspaper.

“The Canadian Union of Postal Workers (CUPW) is aware of the concerns regarding the distribution of the publication Epoch Times in some parts of the country. We brought this to the attention of Canada Post management, who asked their legal department to look into the matter. It determined that the publication does not encourage harm against any particular group and is therefore protected by the Charter’s provisions for commercial freedom of expression. CUPW nevertheless believes that the content of the publication is inflammatory and opposes its members being placed in a position where they are required to distribute such a publication. We will continue to monitor the situation, ”said Jan Simpson, President of the Union of Postal Workers.

For its part, Canada Post has indicated that it is obligated to deliver any shipment that the sender has paid for and properly prepared, unless it is considered an inadmissible item.

“The courts have said that Canada Post’s role is not to censor mail or set the benchmarks for free speech in the country. This is a notable difference between Canada Post and private sector delivery companies. Our point of view on content does not change our delivery obligation, ”said a media relations representative for the organization.

Canada Post is managed by the Department of Public Services and Procurement Canada. Asked by The newspaper on the situation repeatedly since the beginning of December, it still has not provided us with an answer.

Samsung Galaxy A82 would arrive with a flip-style camera