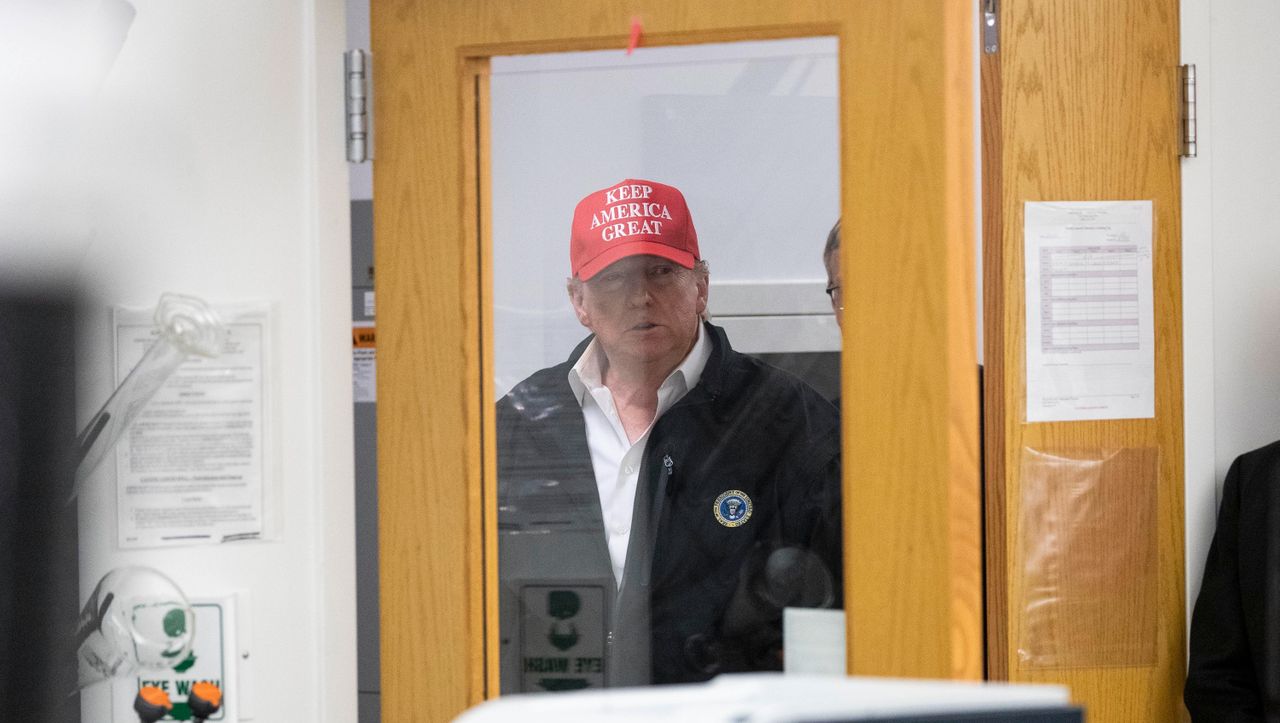 The corona crisis has New York City reached. In the largest US metropolis, 19 patients have been diagnosed with the virus, including the head of the airport authority. Around 2,200 residents voluntarily went to home quarantines. The state of emergency was also declared in the rest of the state of New York: Here, the number of infected people almost tripled over the weekend to 142.

What the New Yorkers have only observed from afar now suddenly hits them too: protective masks and safety announcements in the subway, queues in the supermarket, disinfectants sold out. Universities are closed. Broadway producers report half-empty theaters – especially musicals that are popular with tourists.

mayor Bill de Blasio warned on Monday: The crisis could continue until September – if necessary, quarantine measures for the 8.5 million city could no longer be ruled out. “That is an option.”

Meanwhile, the rose Total number of known coronavirus cases in the United States by Tuesday morning to 729 in 36 states and the death toll to at least 26. Wall Street, caught in the oil price and virus shock, experienced the worst horror day since the financial crisis. “America is being held hostage to the corona virus,” headlined the online magazine “Politico”.

US President only Donald Trump downplay the situation. “I have no worries,” he said on Sunday.

As the crisis escalated, Trump relaxed in his private club Mar-a-Lago in Florida, played golf, hosted his Brazilian counterpart Jair Bolsonaro and shook many hands at an election campaign event. “So much fake news!” He tweeted before returning Monday morning Washington.

Trump’s tone had changed when he arrived in the U.S. capital in the afternoon. The dramatic fall in the stock market had startled him. In the evening he appeared in front of the reporters in the White House and promised tax breaks and financial injections. “We have it very well under control,” he said.

The corona crisis has long since caught up with Washington. It turned out that at least one visitor to the conservative CPAC conference, which took place in late February republican-Elite had been infected with the virus. Among the around 20,000 participants: Trump himself, Vice President Mike Pence, Cabinet members, congressmen and Trumps designated new chief of staff Mark Meadows.

Meadows, who had physical contact with the infected, went into home quarantine. Senator Ted Cruz and several MPs followed suit, including Matt Gaetz, who had enjoyed the virus reports last week when he appeared in Congress wearing a gas mask.

Gaetz had also been to Mar-a-Lago with Trump, but only found out about his precarious situation on the return flight. He spent the rest of the trip alone in a separate quarantine cabin for the Air Force One presidential jet.

Nevertheless, contradictory reports continued to circulate. MP Louis Gohmert, to whom the CDC also recommended home quarantines, was spotted on Monday evening guiding dozens of visitors through the Capitol. “We work normally,” said Trump spokeswoman Stephanie Grisham. Trump, 73, had not been tested for the virus and was still “in excellent health”.

The Pentagon, however, began to switch to video conferencing. The congress was “increasingly nervous,” said NBC News. The elderly MPs and senators in particular called for protective measures in the capitol building. The CDC advised all seniors against traveling, crowds and major events.

The epidemic also affected that Presidential election campaign Affected: AFL-CIO, the largest US union, said a townhall event with the Democratic candidates Joe Biden, 77, and Bernie Sanders, 78, in Florida. For this, Sanders took part in a coronavirus panel discussion Michigan on where the next primaries will take place this Tuesday – the first since the crisis in the United States has also expanded.

Trump insists on continuing to hold “massive” campaign rallies. Only a few of his followers are likely to be disturbed by the epidemic. In a poll Only half as many Republicans as Democrats said the virus was dangerous. 54 percent of the Republicans said they hadn’t changed their behavior. A Trump supporter told CNN that she did not believe in the existence of the corona virus – it was a “lie” by the Democrats.

I consent to the display of external content. This enables personal data to be transmitted to third-party platforms.

This crisis not only reveals the weaknesses of US society, such as the incomplete health system, but also highlights the polarization under Trump and its characteristics: lies, propaganda, paranoia, mistrust, ignorance, incompetence, wishful thinking, politicization of facts. Trump has contributed to the uncertainty by recently continually disagreeing with the experts because he “believes that this will help him politically,” as NBC News quoted a Trump adviser. “He’s just not on the same wavelength as his team.”

All of these statements are demonstrably wrong. Even Fox News commentator Tucker Carlson, a Trump vassal, raised the alarm on Monday. “Politicians you may have chosen have spent weeks trivializing, which is clearly a very serious problem,” he warned his audience – a clear blow to Trump.

The long disinformation led to the USA now lagging behind other countries – especially with regard to the tests, without which the extent of the crisis cannot be ascertained. Manufacturing problems continue to cause bottlenecks: until Monday, according to research by the magazine “Atlantic” only 4384 Americans tested for the virus. Of the approximately 3,500 passengers and crew members of the cruise ship “Grand Princess”, which moored in Oakland, California on Monday after a five-day stroll, only 46 have so far been tested for the virus. 21 were positive.

Experts are therefore expecting a sharp rise in the number of US infections soon. The spread of the virus is unstoppable. An infected patient in Kentucky was working in a Walmart where thousands were shopping. An infected pastor in Washington gave communion to more than 500 churchgoers.

Trump can hardly bully this enemy. “The corona virus turns out to be an enemy that it cannot tweet away,” writes The New York Times. Trump’s advisors are now worried that the virus will “eat up” the rest of the year and jeopardize Trump’s re-election, Washington Post said.

Some things the same, much different: Covid-19 and flu in comparison