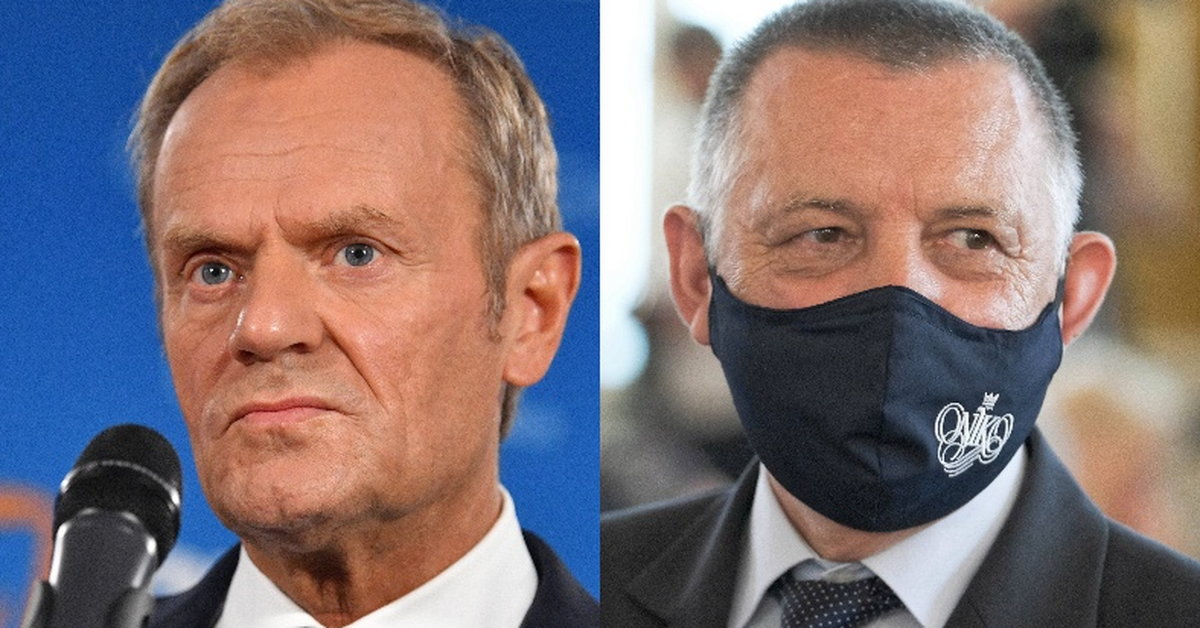 The PO leader referred to the prosecutor’s request to waive the immunity of Marian Banas at the Thursday press conference.

– I was sitting firmly in the COVID debate, so I did not have the opportunity to publicly address the case of the President of the Supreme Audit Office, Banas. There are various interpretations, speculations on how to vote, the issue of immunity, said Donald Tusk during the conference.

– Marian Banas should be treated as a political crown witness. A witness who wants to testify about the political mafia in which he was a participant – said Tusk.

– And this crown witness needs protection. Not that we support Mr. Banas in his activities, but for obvious reasons – by not supporting his actions – today we will treat him as a political crown witness – added Donald Tusk, referring to the motion to waive the immunity of the head of the Supreme Audit Office.

– Whether our club decides to abstain from voting or to vote against is of little practical importance. Surely Banaś should count on protection in this context – summed up the leader of the PO.

The leader of the Civic Platform was also asked if he expected PiS – after the motion to waive the immunity of the President of the Supreme Audit Office (NIK) to be lifted – would submit a bill to the Sejm, which would somehow terminate or remove the duties of the NIK president from Marian Banas.

– I expect everything from PiS. I have enough reasons and evidence in my life that you can really expect anything from them. Not all good, unfortunately, but all bad – replied Tusk.

On Friday afternoon, the National Prosecutor’s Office announced that the Prosecutor General had asked the Marshal of the Sejm to waive the immunity of the President of the Supreme Audit Office, whom the investigators want to bring several charges, including false statements in property declarations. A little earlier, Marian Banaś informed on Twitter that his son was detained on Friday at Kraków Balice airport, when he was returning with his wife from vacation, and that the CBA officers had detained him. The CBA itself informed about the detention of the director of the Tax Chamber in Kraków, Tadeusz G., and the social advisor to the President of the Supreme Audit Office, Jakub Banas.

We are glad that you are with us. Subscribe to the Onet newsletter to receive the most valuable content from us.

At what temperature should the air conditioning be adjusted when 40 degrees outside. 10 mandatory rules when it’s hot