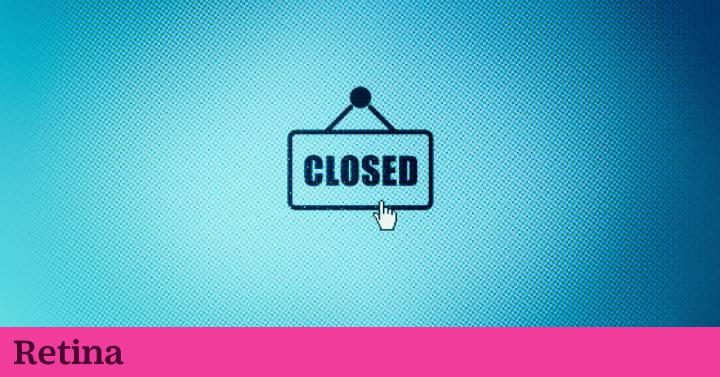 In January 2020, the National Commission of Markets and Competition (CNMC), pointed out that sales made through the internet in our country were close to 12,000 million euros in business volume, a historical record. A couple of months later, the vast majority of online stores have seen their metrics explode since March 14, when the Executive declared a state of alarm.

But the digital does not take away the brave. “Don’t buy it, this is not the time”, reads the motto of the website of Minimalism Brand (the first electronic commerce in Spain that shares its metrics), which has decided to close, that is, not to enable the option of placing orders, during the time that the health and economic crisis caused by the coronavirus spreads. They don’t want anyone to be exposed to the virus in their delivery chain. Pepe Martín, co-founder of Minimalism Brand, explains that they were aware of the situation as a result of the latest requests. “We used to see customers buying a couple of bags or a T-shirt and we thought, do our orders really need to be locked up at home?” He recalls.

Victor Rodado, his partner, admits that after he recently placed an order online and received it, he understood that the carrier was taking a risk that they understood was not necessary, as it was not a basic necessity product. Minimalism Brand, a company that invites to “undertake sense” and “leave a positive mark”, grew to date 70% more than last year and had reached 350,000 euros in turnover. Now they wait for the storm to pass. “If we have to lengthen it a little more, we will do it,” says Martín, who understands that there are companies that cannot afford it, since they have teams much larger than his own.

But the company is not alone. There are several digital businesses that have decided to close or postpone shipments until everything passes. The Alicante clothing firm Trendsplant has posted on its website the poster “Reducing contact, we reduce the risk.” The textile sector does not offer essential products to face the coming weeks, so the brand invites you to reflect on how many people it takes for a certain order to reach the hands of any consumer.

These decisions directly impact the turnover of a small company, whose costs are dimensioned and aligned with the sales forecast. “We are going to pause all shipments until the situation improves,” they say, thanking the orders and noting that they are not in a position to clarify an exact delivery date.

Another example is Greencorners, who a few weeks ago was celebrating his anniversary. This company, owned by the influencer, Verdeliss, has closed its website and redirected users to the initiative. #MascarillasAlRescate, emerged in collaboration with online stores, Mamis and Minis and Ninona Handmade. Between all of them, they have made their knowledge in the textile world available to health workers and workers “to supply cloth masks to exposed professionals”, promoting a donation of 1,000 masks that are already in production.

You don’t need a map for quarantine

For his part, Carlos Martínez, founder of ENJOYERS, He says: “It doesn’t make much sense to expose our workers and those of the courier company. We are not an essential product right now. You don’t need a map to quarantine. ” The CEO of this brand of sheets designed with scratch-off ink explains it, a business idea born in a small town north of Cáceres. To date, it invoiced € 200,000 annually and 15% of the turnover was international. “We have some pending orders to send, but we will not carry them out until everything passes,” insists Carlos, who envisions the end of April or the beginning of May, as a tentative date.

The company had just closed a € 100,000 investment round by a group of business angels. “I still don’t believe what is happening. On March 6, I was at the notary signing the round and preparing to move to Madrid to start working from Google Campus, ”they say on their website, where you can read how you are communicating an ERTE to 100 by telephone to your workers. % Of the template.

In the case of Timpers , a brand of sneakers 100% designed by blind people: its managers announced their decision on March 19, through a letter published on their social networks. “Now we are not going to ask you for help. Now other people need it. We will ask you for help when all this happens ”, you can read in the post, full of messages of encouragement. The brand assumed that billing months 0 were coming and drew a negative scenario with respect to the numbers of the company, without being able to predict the date of resumption of shipments.

At the same time, collaborative platforms arise that have as protagonists businesses that can sell online but are affected by the closure of factories, the lack of material suppliers, the decrease in human resources or logistical complications. The initiative Spain Wait, was born as a virtual meeting point where merchants who consider it appropriate to register their online stores, in order to communicate discounts or make different offers available to Internet users.

The objective is to encourage the upturn in electronic commerce and support the small and medium-sized Spanish merchant, so that users make purchases on one of the Spanish websites and remain on hold until the situation returns to normal, at which time they will receive your order.

“I can’t even speak, it’s very difficult”: Eugenia Tobal broke down in tears and told of her anguish

Coronavirus: Spain and Italy weaken quarantine, WHO urges not to rush