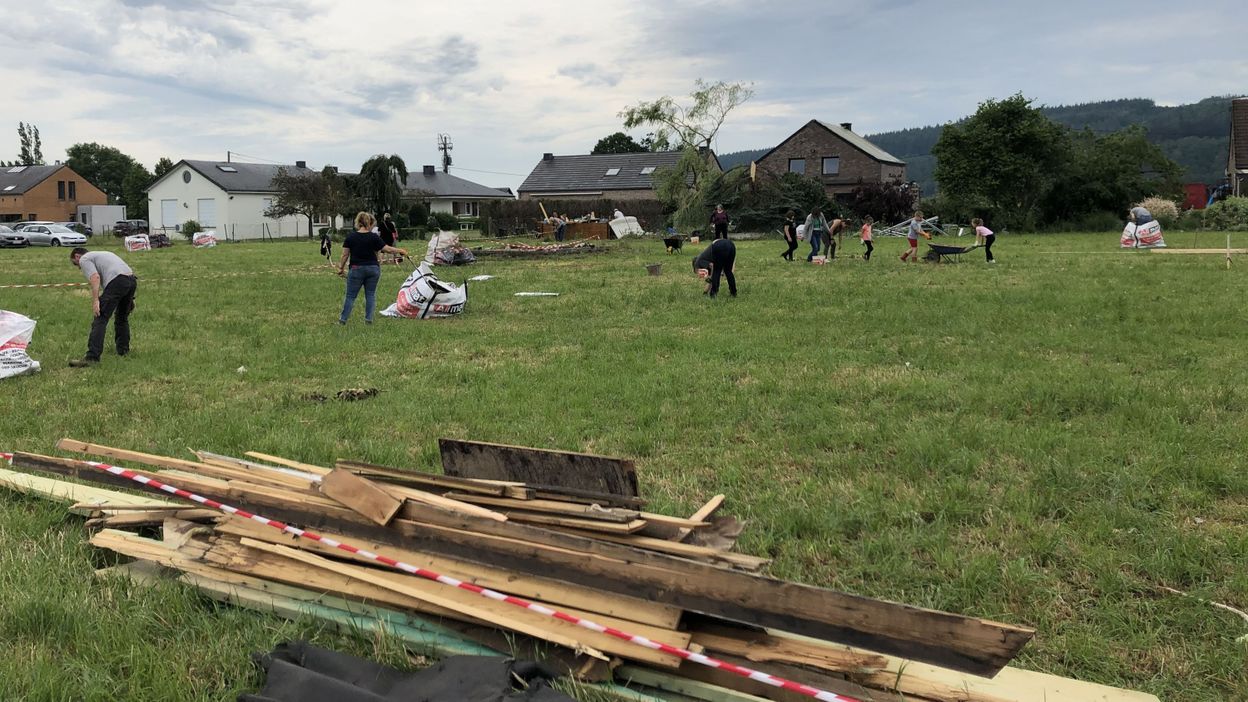 A week after the passage of the tornado which devastated a large part of its territory, Beauraing continues to heal its wounds. Solidarity was spontaneously set up. The town has thus received a lot of offers of help from volunteers from Beauraing and the surrounding area. “We were spared, but many of my clients were affected. So I had to be there“, declares this independent come to lend a hand in family.”We finally managed everything via social networks and appointments given through the press, specifies Caroline Lisoir, municipal councilor, in charge of coordinating the volunteers. Nearly 200 people volunteered this weekendThere is still a lot of work for them, especially cleaning the fields and woods of all the debris that has blown away for hundreds of meters around.

Four areas were finally defined to distribute the aid. Some of the volunteers gathered in a vast meadow, behind the damaged houses on rue de Rochefort. “In terms of homes, it was generally managed by the entourage of people and insurance. But, in a second step, we realized the consequences that this tornado had had on nature, the cultures, the meadows. Debris cannot stay here because farmers must be able to continue working“, notes Caroline Lisoir. Here, the grass is littered with broken slates, pieces of wood and glass from garden sheds and greenhouses which literally exploded under the effect of the tornado.”The farmer who rents here mows this meadow to make bales of hay for the animals. A piece of glass or a nail, as we find plenty of them today, could be fatal to them“, explains Bernadette, the owner of the land, kneeling to scrutinize any small debris that remains. Armed with buckets and small shovels, the volunteers advance one meter at a time, so as not to forget any area.

The work is tedious, but everyone is working hard. Including the youngest. Bernadette and her husband, who had already called for help from family and friends, had the good surprise to see about twenty scouts from the local unit disembark on Saturday. “They worked at a crazy speed and in a millimeter way “, she rejoices. You have to go quickly: by pushing back, the grass risks hiding all the debris. Once collected, they are sorted, as far as possible, and gathered in heaps or in “big bags” distributed all over the field. “I already wanted to come and lend a hand last week, but if necessary, I will spend several more days there!“, comments a Beaurinoise who came with her older daughter. The next part of the job will be to get everything on board. Then, the volunteers will still have work: after the fields and meadows, the woods also need cleaning. In particular that of the Grande Famenne , temporarily closed to the public for security reasons.