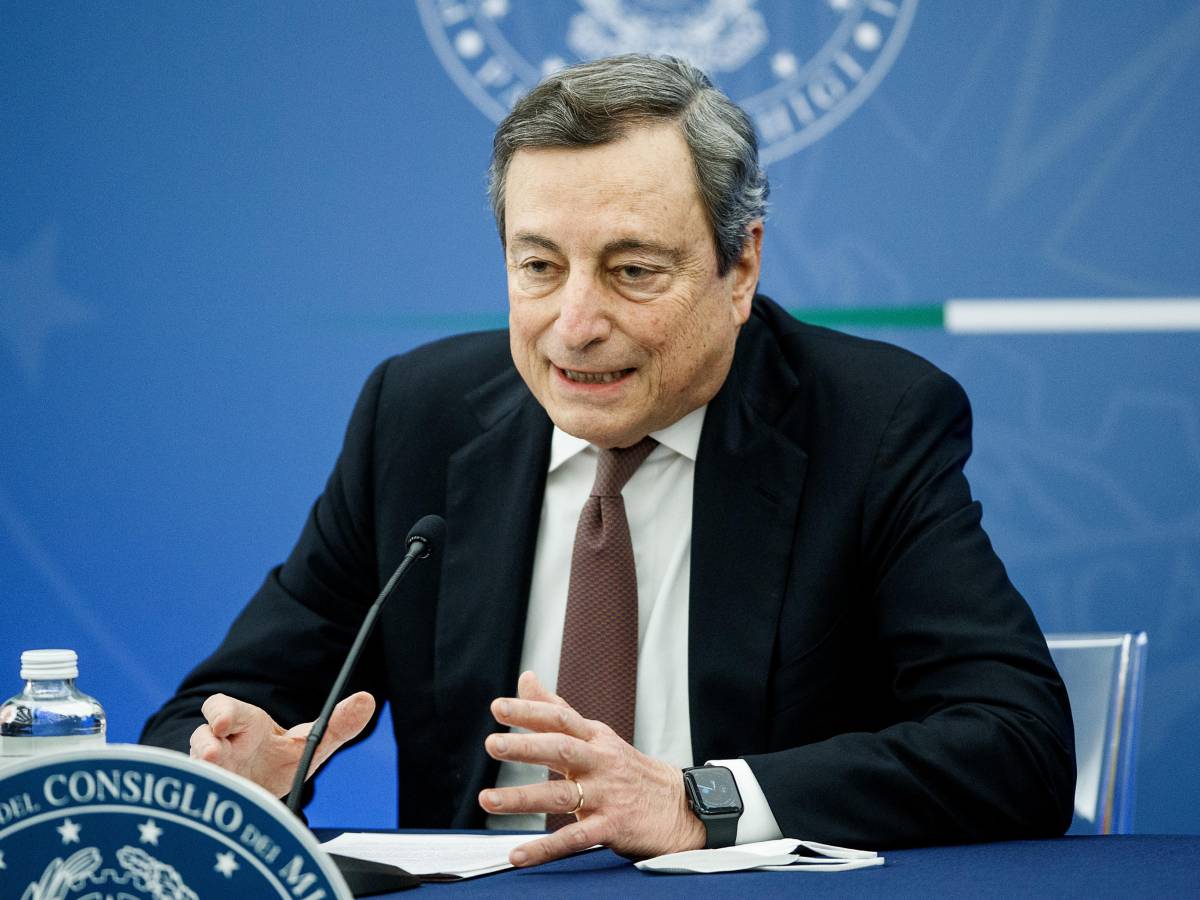 That it would have been an ordinary day of chaos can be understood from the early hours of the morning. When, even before the start of the third ballot, the dem Verini turns the photomontage of a saint by Mattarella to various colleagues. In place of the face of Padre Pio is that of the outgoing head of state, with the halo and the words “wherever protect me”. Maybe a little irreverent, of course. But the fact that the photo bounces via whatsapp on the cell phones of many major voters – spontaneously and across the board – is the thermometer of how much the political situation is becoming more complicated. The confirmation comes in the middle of the afternoon, when the third vote ends with Mattarella continuing to gain support. Yesterday 125 votes, after 39 on Tuesday and 16 on Monday. And this despite the fact that the head of state has said several times that he is not available for a second term. The encore, in short, remains in the background, as the last lifeboat.

The comparison, in fact, struggles to take off. It starts early in the morning with the center-right who refuses the “conclave” requested by Letta, but continues with the tear of FdI. That instead of voting blank ballot like Lega and Forza Italia is betting on Crosetto’s name. A tear that certifies the profound distrust with which Meloni looks at Salvini, given that the leader of the Brothers of Italy is convinced that the former Minister of the Interior is negotiating independently, aiming to cash in or an agreement on a new government with Draghi al Colle or a head of state whose profile does not convince FdI. Meloni’s signal, more than the doubts already feared by many center-right parliamentarians, convinces Salvini that playing the Casellati card today in the fourth vote would be too risky. In fact, Crosetto collects 114 votes, almost double that of the great voters of FdI. A real test of strength within the center-right.

Therefore, the confrontation between the majority forces is restarting. Everyone hears everyone. And in the evening – with several party leaders in progress and a meeting between Salvini, Letta and Conte announced for the night – the feeling is that the two candidates really on the field are Draghi and Casini. With the real risk that even today the fourth vote – the first with the quorum of 505 – ends up in a sea of ​​blank ballots. But with the Quirinale bag that sees Casini much higher than Draghi. It is no coincidence that at Palazzo Chigi there is an air of restlessness, at times melancholy. The premier – who yesterday heard both Letta and Salvini – has in fact the perception that the circle is tightening on the former speaker of the Chamber, but somehow relies on the unpredictability of the Northern League leader. Who, to use Di Maio’s expression, is “a situationist”. In the end, in short, he could also decide to converge on the name of the former ECB number one. Who, however, regardless of how it ends, has not at all liked the barrage of recent days arrived from Berlusconi, Salvini and Conte. So much so that he confides it to a minister: if the leader of the League wants to “blow the bank” and “go to the vote” he can only take note. Because, according to the premier, the ball is now for the parties who should sit down and agree on the “package” on a possible new government.

Late in the evening, almost night, the Draghi-Casini tandem seems to remain on the pitch. The first name carries with it the complexity of designing a new executive. The second, on the other hand, has the limit of splitting the center-right, because for Meloni it remains an unacceptable point of fall. Salvini, on the other hand, makes it clear that he would not support him, but many swear it is not a real veto. And even Berlusconi, says those who met him last night in Milan, would have no objections. Even Letta, moreover, in the end he would have said he was willing to support Casini, despite such a solution being equivalent to saying that Renzi won the game at Colle. And Leu would also be there, because – Speranza confided yesterday – Casini at the Quirinale would still mean “a return to politics”.

We await the night. While the name of Belloni reappears (Letta and Di Maio would like it, but also Draghi), for what would be an unprecedented switch between Servizi and Quirinale. Perhaps this is also why Amato and Cassese resist in the night squad with little hope.

After days of fighting, Kurdish militia claim recapture of IS prison