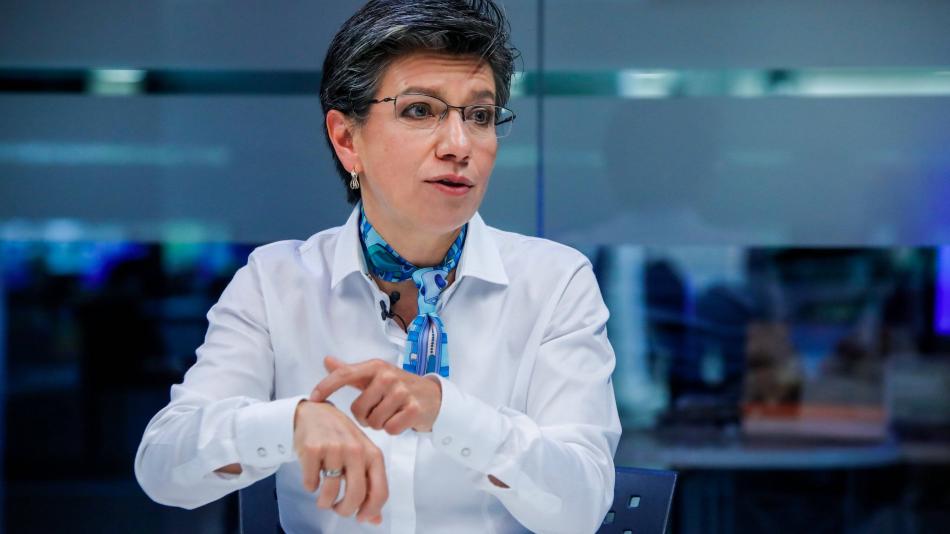 The mayor of Bogotá, Claudia López, has just announced that there will be a total dry law on December 31, 2020 and January 1, 2021. Nor will there be any consumption or sale of liquor in Bogotá in public places, nor will there be permission for public parties or crowds. “This will allow for fewer injuries and fewer fights.”

We reiterate to Bogotá the measures that we will have for this December 31 and January 1:

2️⃣Restriction of parties in public space

3️⃣Meetings strictly with the narrowest circle

In context: Bogotá is experiencing the second peak of the covid-19 pandemic.

During those two days the sale of liquor through addresses is not allowed, and as for family gatherings, only those of the narrow family circle are allowed.

For those who want to meet with their parents, it is recommended that they do not do so if there is someone with symptoms. The latter, with warning signs, should isolate itself and report its case. “Any citizen who has a cough, loss of smell, a sore throat should isolate himself,” said López.

In case of holding a meeting, it should be in the patio, gardens or terraces where the air circulates in a better way, since that somewhat weakens the possibility of contagion.

On the other hand, more than 1,000 kilos of gunpowder have already been seized and there are injured adults and children in Bogotá, a city where its use is prohibited. “There will be civil penalties and criminal complaints against those who allow children to use gunpowder,” Lopez announced.

See also  Delhaize, Colruyt, Carrefour…: what is open, what is closed on December 25

Of service: What will happen to the peak and plate in Bogotá in the last week of the year?

As for the people who have left the city, the recommendations are the same. “However, there is a very high level of citizens in the capital. This year only about 1.2 million people came out, much less than last year. That is why in Bogotá, and to control the pandemic, the peak and plate and the peak and card are maintained, to avoid public circulation of citizens. The contagion grew a lot because of what happened at the beginning of December and until December 24 “.

The hospital system has been presenting an increase in covid-19 cases, said López, who said that this will continue for a few days. However, these figures are expected to begin to decline in the coming weeks.

The Mayor of Bogotá and the Police Commander thanked the public for their willingness to abide by the established measures, including those implemented for the Colombian soccer final, which also showed good results, as there were no fatalities associated with the celebration.

For their part, the Police and the district administration will reinforce the inspection, surveillance and control in the localities on the prohibition of sale and consumption of liquor, clandestine parties, as well as the use and sale of gunpowder.

Finally, the mayor asked citizens who will go on a trip this year-end season to apply the DAR strategy (Detect, Isolate, Report) upon their return., that they stay home if they have symptoms and report their health situation and contacts to their EPS, line 123 or CoronApp, and comply with their isolation period. And he recalled that, in any case, people who present any symptoms should stay home for 14 days.

See also  Mike Conley, Utah Jazz Bench made it big by winning over the Boston Celtics

The mayor of Bogotá, Claudia López, said that without a doubt her priority for 2021 will be vaccination and added that she will hold a meeting with the Minister of Health, Fernando Ruiz Gómez, in which she will ask to be explained what the schedule will be and how many There are vaccines available for the capital.

He said that of the 20 million vaccines that the National Government acquired, it is necessary to know how many will be destined for the capital.

He added that it is necessary for children and young people to return to schools in person, first because of the mental health harmed by confinement and, second, to improve the employability rates of women and young people. “This has been the most difficult year of our lives”, said the president at the end of the press conference.

DRAFTING BOGOTÁ
Write to us at ca[email protected]