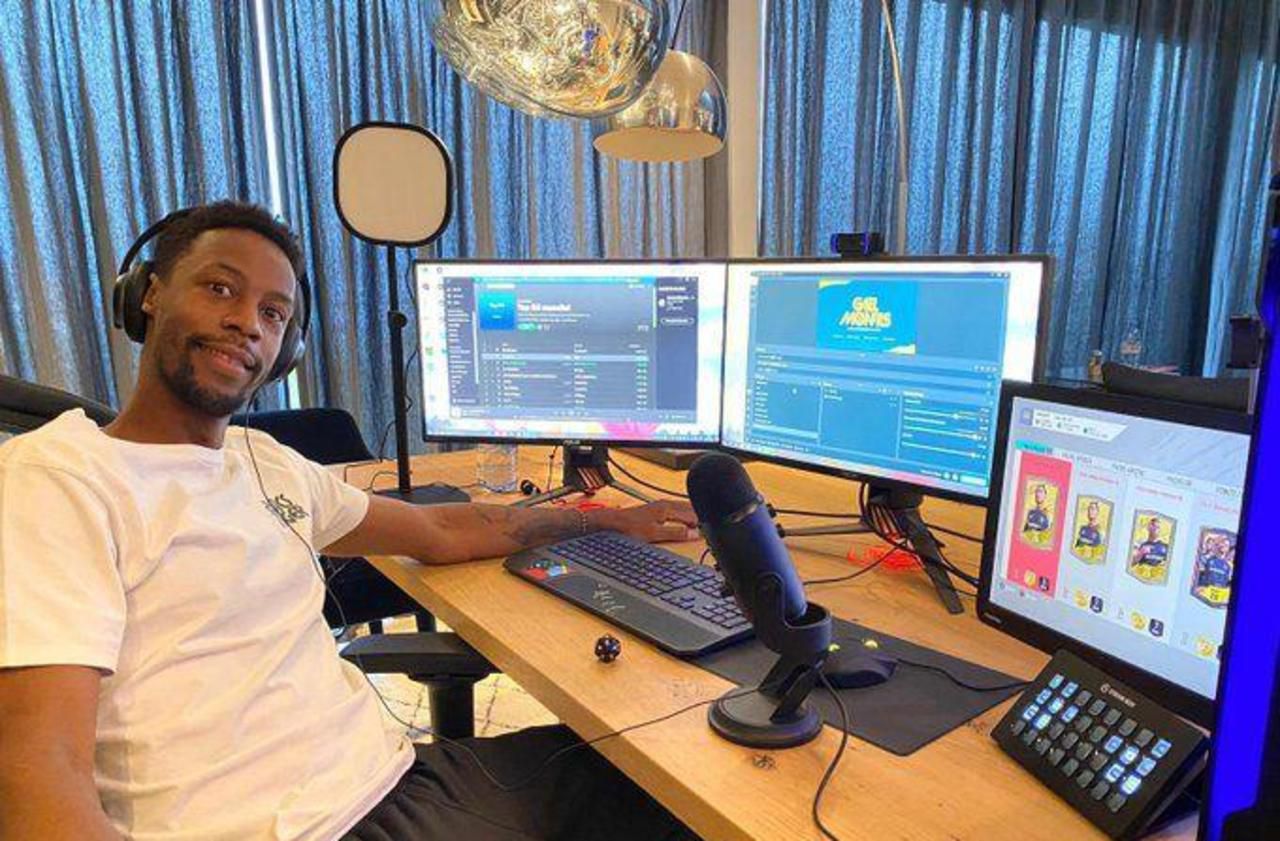 “I love this platform, I love being with you,” smiled Gaël Monfils facing the camera on Tuesday, in front of several thousand people connected to his Twitch account. Since the beginning of the week, the 9th world player in the ATP ranking has launched on the platform. Initially, it allows streamers to share their games of video games, live.

Other professional athletes are already followers of it, such as Antoine Griezmann, a big fan of e-sport, or even Formula 1 driver Charles Leclerc. On the program, notably for the French: Fifa and Call of Duty, classics. Nearly 6 hours of live Monday, more than 4 hours Tuesday. Enough to occupy the days of the private player of tennis courts and competitions.

The tennis player took the opportunity to discuss the next Madrid tournament, which will be played virtually with 32 players from the male and female circuits. If it has not yet been officially presented, Gaël Monfils should be there, especially alongside other Frenchmen including Lucas Pouille and Kristina Mladenovic.

After the video games, Monfils took part in the question and answer games with his community, detailing his confined program, necessarily disrupted. “I can train a little bit in the morning. It’s not the training we would like, but it’s enough to stay in shape, ”he explained.

Many questions about the players on the circuit have been asked. Roger Federer? “Very human, very simple”. Novak Djokovic? “My black beast”. Dominic Thiem? ” A machine “. And to the question: “Which player do you prefer to face? “, Monfils didn’t really hesitate:” I love playing Big 4, big games, going to the Roland Garros central, playing Roger Federer, playing Djoko in the semi-finals at the US Open … it’s a real kiff to play these guys, even if obviously we don’t win at every time “.

The Frenchman announced that he should be present almost every day to organize sessions. On the program notably this Wednesday evening: “A little talk show, with two columnists: Genius and Alizé Lim”. The first is a renowned gamer and streamer, and grandson of a certain Philippe Chatrier, former president of the French Federation. The second is a tennis player.

A surprise guest will also be there. And fans should have the opportunity to follow the tennis player for a long time: “Of course after the confinement I will continue, even in tournaments … he launched, even if it will be less frequent”.

Tax forms: Person A instead of wife