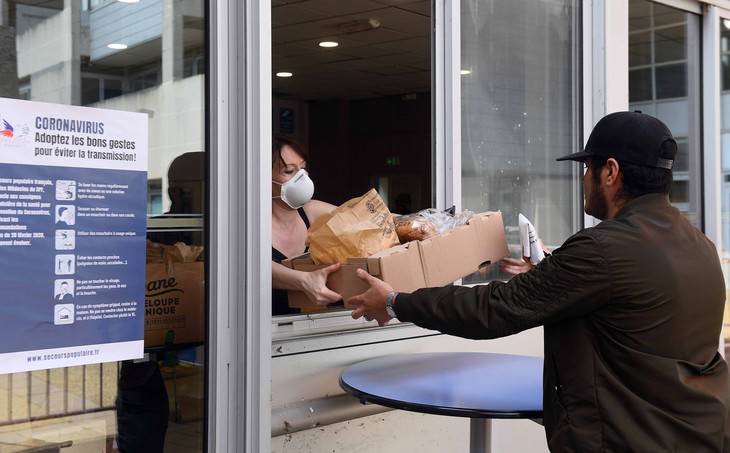 It will therefore have taken three weeks to know what the aid for young people announced on April 13 by Emmanuel Macron will look like to deal with the coronavirus crisis. It will be a boost of € 200 which will be paid in June to 18-25 year olds “Precarious or modest”, Prime Minister Édouard Philippe announced on May 4, when he presented the government’s deconfinement strategy to the Senate.

While the President of the Republic had only mentioned on April 13 that the target of “Most precarious students”, the government has decided to extend this aid to a greater number of young people in difficulty, as we announced in The cross April 28.

In all, more than 800,000 young people, roughly half of whom are students and half of whom are not students, should be affected by this single payment aid, which will reach € 200 for both audiences.

On the non-student side, help “Will be paid in mid-June to young people under 25, precarious or modest, who receive housing aid”, said the Prime Minister. The sum will be distributed by CAF. “Today around 1.2 million 18-25 year olds are affected by APL, of which 415,000 are not students, they are the ones who will be affected ”, explains Antoine Dulin.

The government has therefore opted for a sum greater than the basic amount of € 150 retained for families (without the bonus per child), which is explained by the fact that those under 25 are not entitled to the RSA. He also has “Chose a fairly wide perimeter including non-students”, Antoine Dulin analyzes. However, he believes that“There are holes in the snowshoes, like the precarious young non-students who, living with their parents, do not touch the PLAs. Especially young people who are on the street, in a squat or in a shelter and who, having no home, have no APL and are not affected while they are in extreme precariousness. “

Finally, it should be noted that payment of this aid will take place in June, almost two and a half months after the start of confinement.

Coronavirus: in the Grand-Est, the breeding of freshwater fish in crisis

TOULON: COVID-19, The journal of a confined person, by Jérôme NAVARRO