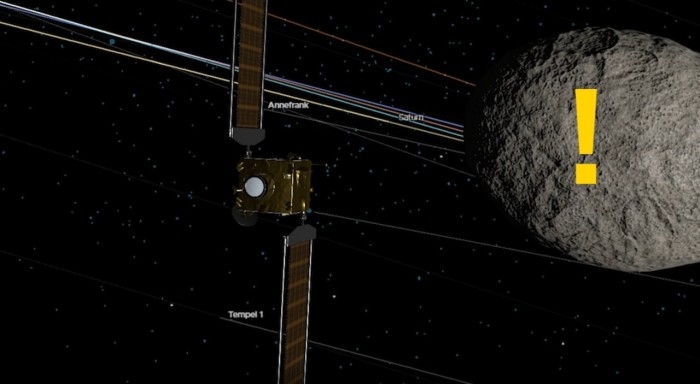 Tuesday, December 14, 2021 at 4:00 PM – A great tool provided by NASA is now available to everyone. A three-dimensional imaging system makes it possible to observe objects that could eventually threaten to crash into our planet.

NASA has just launched a new interactive tool that allows real-time tracking of all known asteroids traveling close to Earth. We discover thousands of asteroids and dozens of comets every year.

A threat to Earth

Some of these heavenly bodies venture near us. These are near-Earth objects. Today there are around 28,000 and more are added to the catalog every day. NASA is monitoring their trajectory to determine if any of them pose a threat to Earth.

This exploratory tool makes it possible to follow the unusual mission of the DART probe in real time. Launched in November 2021, the latter will deliberately collide with the asteroid Dimorphos! The goal is to test our ability to upset the trajectory of such an object in the event of a probable impact on our planet. The site also makes it possible to specifically track the asteroids that will come closest to Earth in the near future. Amateur astronomers can speed up time in order to see exactly when this maximum proximity will take place.

SEE ALSO: Ski season: what to expect this winter?

discussions initiated for a sale of Angers SCO