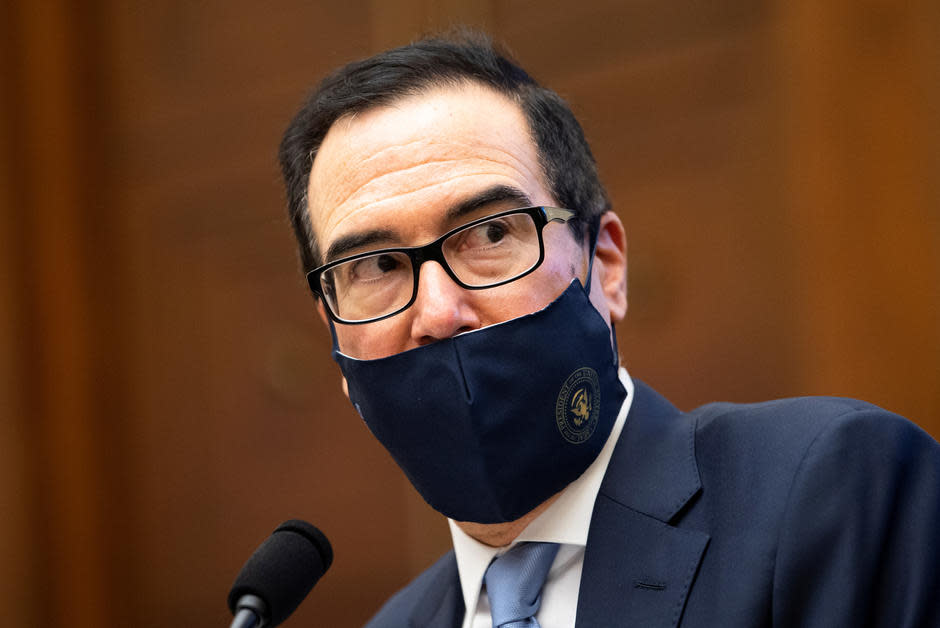 For several American media, by stopping a series of aid programs managed by the Central Bank, Treasury Secretary Steven Mnuchin is trying to limit the Biden administration’s ability to act in the face of the economic crisis linked to the coronavirus.

The quarrel started on Thursday evening. Steven Mnuchin, the US Secretary of the Treasury, sent a letter to the Federal Reserve (Fed) warning it that it was ending a series of loan programs for businesses and US states in the face of the coronavirus crisis. A “Abrupt decision”, according to an editorial by New York Times, seen by Democrats and part of the media as a cheap blow to the future Biden administration.

This emergency fund available to the Fed represents approximately $ 450 billion. A safety net put in place with the CARES Act, the massive aid plan for the American people voted by Congress in the spring. It will not be extended beyond December 31 and the US Central Bank is urged to return the remaining funds. “At first glance, it doesn’t seem like a huge blow to the economy”, signal it Washington Post, recalling that the Fed ultimately only used $ 25 billion. “But it’s misleading”, warns the daily newspaper of the capital.

A sense of security

Because these programs reassured the markets. The Post compares the situation to that of a child having fun in a park watched over by his parents. he “Doesn’t necessarily need to hold their hand all the time but knowing they’re there gives him a feeling of security”.

Finish with these programs when “Economic activity shows signs of faltering”, Write the Times, arouses many criticisms. The New York daily deplores a “Bet with nothing to gain