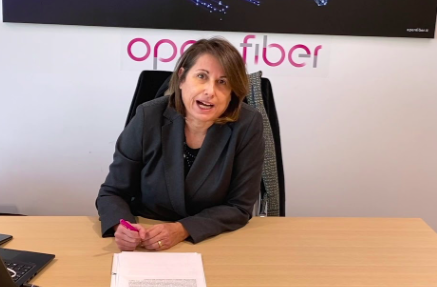 Electric mobility Enel: a spin-off from Enel X is on the way, with the creation of a new company that could go public, with new shareholders. This was revealed by Enel Group No. 1, Francesco Starace, in presenting the strategic plan for 2024.

Starace outlined what can be called Phase Two for the first operator in charging for electric cars in Italy (and among the first in Europe). “We have developed a step-by-step path, which began even before Enel X, to set up the infrastructure its cloud“, has explained. “This has led us to manage electricity grids in an innovative way. There is now a need to accelerate the development of electric mobility around the world. We gave birth to it, we believe that it should be extended to other partners“. In practice one thinks of a spin off from Enel X of the electric mobility part. As for entrusting its management to Elisabetta Ripa, former CEO of Open Fiber, Starace replied: “This is not new, we asked Elisabetta Ripa to manage this company branch. And we plan to open the capital and bring in other partners, selling shares. However, we will remain in the majority“. With listing on the Stock Exchange ?: “I don’t know, but it might be a good choice“.

“It’s the decade of electrification”

More generally, in the current decade Enel aims at a “change of pace“: From the Decade of discovery of energy renewable to the Decade of electrification. “It is a crucial decade to achieve the goals of the Paris Agreement and avoid the repercussions of a temperature increase of more than 1.5 degrees“Warns Starace. This implies “intensify electrification massively“. No. 1 Enel underlines that renewables they became the dominant trend, which allowed decarbonisation to proceed with “faster pace“. Enel has “put i mattoni ”which now allow us to seize the opportunities and aim for abandon coal by 2027 ed gas by 2040. By replacing the thermoelectric portfolio with new renewable capacity, as well as achieving the hybridization of renewables with storage solutions.

See also  Decreased requests for benefits and an improvement in the labor market..Is the US economy recovered?

“It’s madness to depend on gas, before we get out …”

By 2040, the electricity sold will be entirely produced from renewable sources and the Group will cease the retail gas sales business. “Enel Green Power was designed to become the backbone of the future generation “, said Starace, recalling that the plan aims at the growth of the overall renewable capacity by 2030 at about 154 GW, tripling its portfolio by 2020 (+105 GW additional to the 49 GW del 2020).”Gas-fired plants will end up like coal-fired ones. How many utilities in Europe are building gas plants? It is a matter of time. Of course, between now and 2040 it is 18 years, but honestly in 20 years there will be few Europeans who will use gas, all for economic reasons will switch to electricity‘”. Final remarks: “This change will come faster than you think. The bulk of Europe will turn off the gas in 20 years. It is madness to depend on gas. The sooner we go out the better “.

– Do you want to be part of our community and always stay informed? Subscribe to the Newsletter and the YouTube channel of Vaielettrico.it—