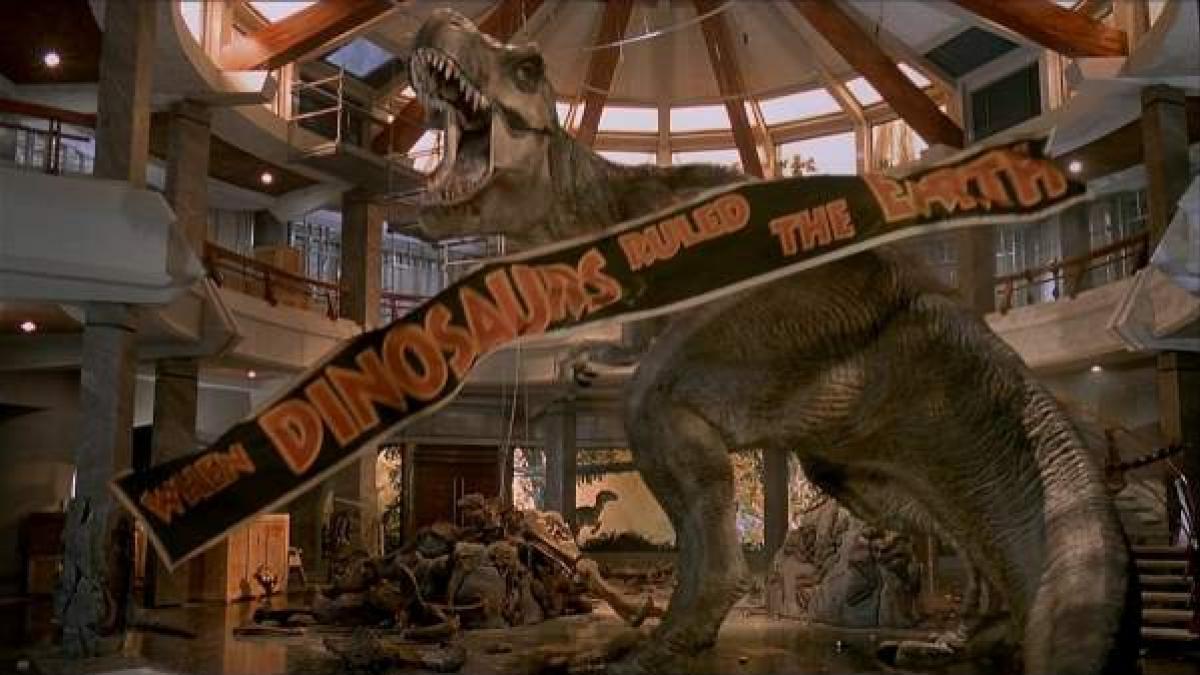 “Dinosaurs and man, two species separated by 65 million years of evolution, suddenly find themselves coexisting. How can we have the faintest idea of ​​what to expect?” With this quote from Alan Grant -Sam Neill-en Jurassic Park (1993), the great film directed by Steven Spielberg tried to reflect the serious warnings of the novel written years before by Michael Chrichton. Genetic modification, long before Dolly the sheep, was already perceived as a potential problem for the current generation, in which, although it is possible to cure congenital diseases such as certain trisomies, it is also we have enough technology to fulfill the dream of Hitler and GoebbelsCreate an Aryan army of blue-eyed, platinum blonde kids

Because, ultimately, choosing hair or iris color can lead to eugenic racism or simple fashion, the wide genetic variety of skins, hair and eyes of our planet is extinguished. Even that humans are hierarchically classified into groups based on their genetic quality, as proposed by another dystopia of the time as Gattaca (1997). But in this age when transhumanism is more than accepted, not even a film as eloquent as Jurassic Park seems to be able to exhort big businessmen to refrain from creating creatures lethal to man. And, if not, ask Max Hodak, president and co-founder of Neuralink with Elon Musk.

we could probably build jurassic park if we wanted to. wouldn’t be genetically authentic dinosaurs but ????‍♂️. maybe 15 years of breeding + engineering to get super exotic novel species

Hodak, who in Neuralink studies how to implement artificial intelligence to the human brain -among other things-, tweeted a few days ago that there is already enough technology to build his own Jurassic Park with genetically engineered creatures: “We could probably build Jurassic Park if We would like to. They would not be genetically authentic dinosaurs, but perhaps [bastaría] with 15 years of breeding and engineering to obtain new super exotic species “. Words worthy of John Hammond, the eccentric tycoon played by Richard Attenborough that in Spielberg’s film he used frog DNA to fill in the “holes” in the genetic sequence of dinosaurs, after obtaining it from mosquito bites of the Cretaceous and Jurassic.

In the end, in the film, everything is ruined when the park, full of tyrannosaurs, velociraptors and other hunters, escape human control. All this despite the numerous warnings that the group of experts who have endorsed the project manifests to the tycoon. There is a particular conversation, in which Hammond receives a sermon from Ian Malcolm –Jeff Goldblum-, a mathematician and professor of Chaos Theory who is totally opposed to the cloning of dinosaurs: “If you don’t see the danger inherent in what you have created here … Genetic power is the greatest force on the planet, but you wield it like a child who has found his father’s gun. “

Cloning, the key to survival

Be that as it may, there is no doubt that cloning has become another tool for human survival. For example, in recent times numerous food chains have joined a growing trend: vegan meat. From hamburgers made with soy to chicken-flavored wheat escalopes, the industry is betting on products that, although right now they are a minority and do not even completely convince those who want to avoid meat, they show a change of model that seems necessary within the Sustainable Development Goals set by the UN for 2030: reduce the consumption of beef, chicken or fish to avoid excessive expenditure of resources that are used for raising them.

Within this framework, there is another trend, until now banned in most of the globe: the cultivation of meat in the laboratory. But, as a result of regulatory flexibility, the irruption of companies dedicated to the cultivation of meat in the laboratory has triggered demand in places like Singapore, where some companies are beginning to carve out an important niche in an alternative business that, according to the latest estimates, could come to suppose 10% of the meat industry worldwide (about $ 140 billion) by 2030. And, for now, none of these startups have put tyrannosaurus fangs in the meat they create.

See also  how to unlock the costume for free