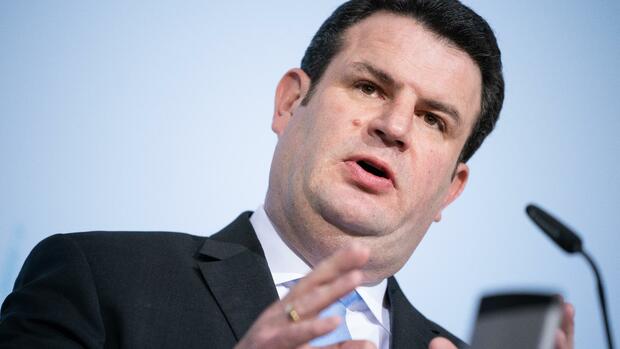 The labor minister prevailed with a concept that drew the circle of beneficiaries further than the Union originally wanted.

Berlin The resistance of the employers to the basic pension plans of Federal Labor Minister Hubertus Heil (SPD) was great. Now they seem to have resigned themselves to the fact that the law passed by the cabinet in February can no longer be stopped.

In contrast, the Federal Association of German Employers’ Associations (BDA) hopes for further changes to the draft in the parliamentary procedure, which begins on Thursday with a consultation in the Federal Council. The catalog with suggested corrections is available to the Handelsblatt.

The employers adhere to their fundamental concerns: “The planned basic pension is not a suitable contribution against poverty in old age, because the target group of long-term employees is particularly rarely affected by possible poverty in old age anyway.”

However: “If, despite all objections, the legislator still wants to stick to the introduction of the planned basic pension, then he should at least make some substantial corrections to the legal plans,” says the statement.

For example, the basic pension should only apply to future pensioners and not to the pension portfolio. This would “take into account the fact that many pensioners today benefit from other pension regulations that no longer exist with current pension access”. This included the deduction-free pensions from the age of 60 and pension-increasing recognition of training periods.

There is intense argument about details

In their coalition agreement, the Union and the SPD had agreed to improve long-term low-wage earners with low pension entitlements and thus protect them from going to the social welfare office in old age.

The details were the subject of heated argument. In the end, Heil prevailed with a concept that drew the circle of beneficiaries further than the Union originally wanted. Instead of a comprehensive examination of the financial situation of retirees, the aim is to use income to check whether there is a right to a pension increase.

The employers justify the required limitation to new retirees by saying that currently only one percent of all over-65s with at least 35 years of employment are dependent on social assistance in old age. In today’s pension portfolio there is therefore “no special need for social policy action”.

The BDA also requires clarification that the pension insurance must be reimbursed by the federal government for all costs incurred for the basic pension. The previously planned increase in the tax subsidy is not enough because otherwise the pension fund would bear all cost risks. In addition, the federal reimbursement to the pension insurance must also include the high administrative costs resulting from the introduction of the benefit and the income test.

The BDA is particularly critical of the planned procedure to check investment income. Pensioners should report such income to the pension insurance company in a self-assessment. “The administrative costs required would be higher than the services saved by crediting,” says the statement. If no other solution could be found, “it would be better not to count this income altogether”.