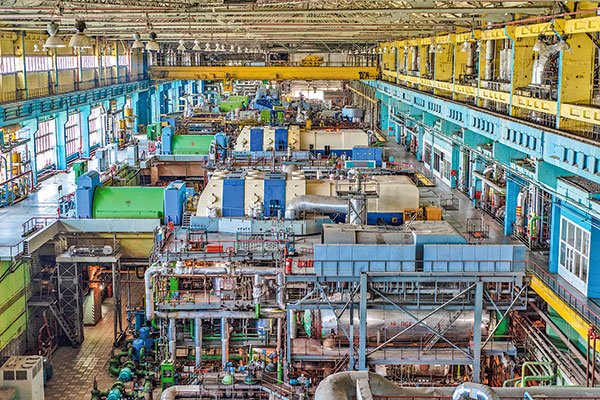 Enel, who explained in the long term “gas generation will also have to be eliminated from our mix”. Thus, all electricity sold by 2040 is expected to come from renewables.

With even more ambitious goals, the Enel group also delivered announcements within the framework of its 2022-2024 strategic plan, placing emphasis on driving investments towards decarbonization.

At the meeting, the CEO of the Italian group, Francesco Starace, informed that they will advance their “Net Zero” commitment (that is, 100% renewable) in a period of 10 years, from 2050 to 2040, for both direct and indirect emissions.

Projecting an image of a road that enters a forest, the chief executive stated that he did not believe that zero emissions would be reached “by planting new trees”, but he did show his conviction that the company will reach “full decarbonisation in 2040, not in 2050 “.

As Starace explained, this decarbonisation will be achieved through the substitution of thermal generation to reach emission-free production by 2040. “This substitution phase will be in line with the logic of a just transition. We do not want to lay off people or do anything traumatic, “he clarified.

The end of the gas business

And, although in last year’s version they reported that they plan to abandon coal generation in 2027, this time it went further, adding the output of gas generation in 2040, replacing its thermal fleet with new renewable capacity in addition to taking advantage of the combination of the latter with storage solutions.

“We must adhere to the previously announced strategy of exiting coal generation by 2027; coal plants will be replaced by renewable generation, or when it is necessary to guarantee stability and adaptation of the system by small gas plants,” the executive acknowledged.

Of course, he added that “in the long term, gas generation should also be eliminated from our mix.” In this way, it is expected that all the group’s electricity sold by 2040 will come from renewables and, in the same year, it will exit its gas retail business.

Enel’s announcement, which did not leave those attending the meeting indifferent, covers both gas-fired thermoelectric plants and the gas they sell.

As Starace explained when consulted, these plants will be necessary for about 20 years, but less and less with the increase in the share of renewables. “The way they will end up will be like coal plants,” he said.

He said that in two decades there will be very few Europeans who will continue to use gas, because they have switched to electricity. “Europe is going to get out of gas, because that is the madness we have this year. The sooner we get out, the better,” he said.

In his presentation, he added that “we will no longer be in gas retail and we will stimulate our gas customers with incentives to convert to electricity, increasing the speed of electrification of our customer base.”

In the midst of this energy transition, he pointed out that by 2030 renewables will reduce the cost of energy by 50%. “Today it will seem strange to you, but we are in the gas crisis, with very high prices, and this could increase if we do not have an increase in the percentage of renewables,” he said.

See also  "The coronavirus may generate a rupture"