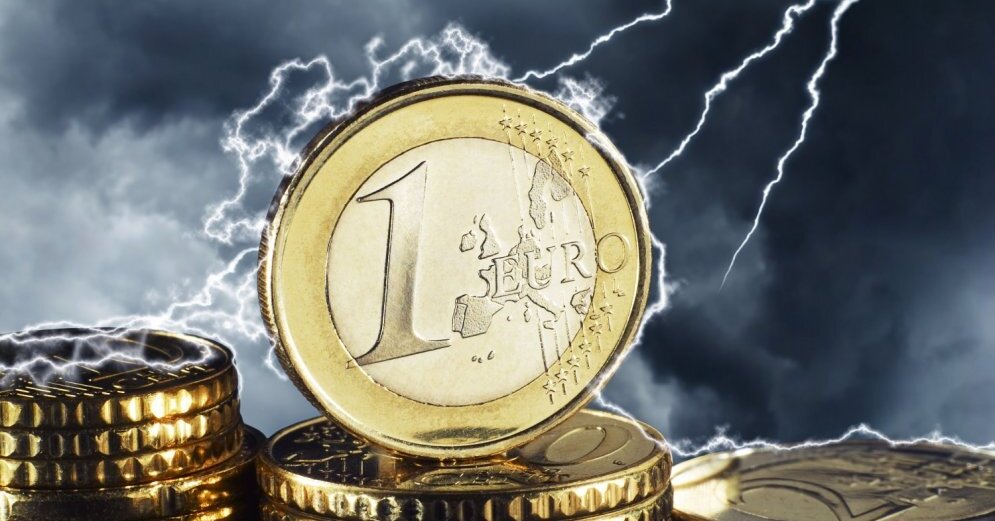 The forecasting environment has become even more difficult at the turn of the year, with the geopolitical situation becoming particularly tight, central banks under pressure from inflation, and the rapid spread of the omycron remaining negative. Although most countries are trying to impose gentle restrictions on the economy, GDP growth will inevitably slow down in the short term, according to SEB banka’s latest Nordic Outlook report on the global and Baltic economies.

Restrictions dampen demand, while the proliferation of Covid-19 is detrimental to the supply side. Absenteeism reduces production capacity and creates other problems, such as reduced access to health care. It is also exacerbating inflationary pressures, especially in the transport sector.

“There are some positive aspects to the similarity of the omicron tsunami. There are growing signs that its symptoms are milder, but the situation varies from continent to continent. the end of the pandemic as early as mid-2022. The nature of the omicron wave has also rapidly changed the way the authorities fight Covid 19. The variant is spreading so fast that morbidity and restraint are the main drivers of the slowdown in economic activity in early 2022. Again, the worst affected The experience of countries that have been hit by Omikrons in the past, such as South Africa and the United Kingdom, shows a very rapid peak and a subsequent decline. The economic impact of Covid-19 is expected to be will decrease. When the wave has passed, we can get into a much more positive situation relatively quickly, “says Dainis Gašpuitis, an economist at SEB banka.

Higher energy prices are dampening the purchasing power of households, and the impact of the omicron wave at the beginning of this year has led to a reduction in the GDP growth forecast for 2022 for both the global economy and OECD countries to 4.1% and 3.7%, respectively. The eurozone economy is expected to grow by 4% this year and the US by 3.5%.

High inflation and tighter labor markets quickly forced central banks to change their monetary policy plans. It is now important to achieve a smooth interaction between the increase in key rates and the various quantitative restraint measures in order to avoid undermining the recovery or falling asset prices, which would jeopardize financial stability. Although inflation is likely to slow down by the end of 2022, it is clear that most central banks are now preparing to respond to existing threats of declining purchasing power and rising inflation expectations. Central banks will accelerate the normalization of policies on both balance sheets and key interest rates. The US Federal Reserve is expected to start raising the base rate in March and then gradually move to 2% by the end of 2023. The Central Banks of the United Kingdom and Norway will also raise rates again. The European Central Bank (ECB) and the Swedish Riksbank will start moving towards more normal base rates at the end of 2023.

See also  World: Mass production of vaccine against COVID-19 begins thanks to empr

The US registered an unemployment rate of 3.9% in December, compared to 3.5% at the end of 2019. The situation is complicated by the fact that a historically large proportion of companies face difficulties in attracting employees. This is particularly the case in the euro area, where unemployment has already returned to pre-pandemic levels. Wages in the euro area have not yet responded to the tight labor market, but wage growth has clearly accelerated in the United States and the United Kingdom. Labor market problems are likely to ease as the effects of the pandemic begin to fade, but not everywhere. In the United States, there has been no significant impact on labor supply since the end of federal unemployment benefits and the reopening of schools. Rising wealth – higher stock prices and house prices – may be one of the reasons why older people who have left the labor market are not returning. Wage growth in the United States and the United Kingdom will remain faster than in the euro area and the Nordic countries. U.S. wage pressures will gradually ease as the pandemic recedes. In the euro area and the Nordic countries, upward pressure on wages could emerge as inflation becomes more sustainable.

The main risks relate to the inflation shock and related failures in the central bank’s exit strategies. If there is a clear wage-price spiral, central banks should act quickly, which could lead to falling stock and house prices. If left unchecked, inflation expectations could cut inflation even further. Security tensions between Russia and the West are escalating and need to be taken into account in the risk analysis. Future developments are unpredictable, but experience shows that extraordinary events are needed to affect the long-term performance of the economy.

The needs of withheld consumption, combined with household savings, have a strong growth potential. To some extent, the dramatic omicron wave has helped to foster such a possibility. Strong consumption growth can also create a positive spiral with investment. Investments in productivity improvements are also needed, otherwise the consumption boom will cause obvious overheating problems relatively quickly.

Industrial companies are still suffering from supply-side weaknesses, although there are some signs that they are declining. Delivery costs have fallen slightly but remain historically high. Major ports on the west coast of the United States are now open 24 hours a day, reducing congestion. China is also trying to keep its ports open despite virus outbreaks and restrictions. The pressure is expected to ease soon, but the global logistics system is at risk of new failures due to virus disruption. Stock levels around the world are low and important components such as semiconductors are still lacking. Reducing supply costs in the long term requires a shift towards higher service consumption, investment in infrastructure and the digitalisation of the transport sector.

Measures to deal with the effects of the pandemic are being phased out, but at the same time we are seeing various examples of economic recovery. These include both traditional demand stimulation and structural programs, some of which focus on climate change and digitalisation. The European Union’s Next Generation EU Program, which will together account for 5-6% of EU GDP. Overall, OECD countries will pursue fiscal austerity equivalent to 2% of GDP per year in 2022 and 2023.

Energy prices have a growing secondary impact, especially in the US, but their impact may be limited. The momentum of inflation will be strong and sustained, which will also increase long-term risks. The average CPI in the first half of 2022 will be above 6% in the US and around 4% in the euro area. This will affect the purchasing power of households to such an extent that inflation will not be the only problem for central banks. Energy prices will peak and inflation could start to fall in the spring, declining by the end of 2022. Rising international commodity prices will dampen the fall in the CPI. Some signs point to improvements in supply and production problems at the end of 2021, but the omicron wave could create new problems and China’s Covid-19 policy would increase the risk of recurrent supply disruptions.

Energy prices will be high and volatile, as the transition to global energy capacity is a difficult balancing process. Due to the rapid recovery, supply was not flexible enough. In 2021, the price of carbon dioxide emissions increased from 30 to 80 euros per tonne, and in 2022 the average price is expected to be 100 euros per tonne. This will, in fact, be the first time that a level has been reached that will have a real impact on the market, not only to speed up the energy transition but also to put further pressure on prices. Following previous extraordinary changes, the price of coal is three times higher, but natural gas is five times more expensive than usual, and the road to normalization is long. Although the market is currently showing a decline in energy prices, the average price of natural gas will be 40-60 EUR / MWh, which is two to three times higher than usual. Oil prices will also be high in the near future, sometimes above $ 90 a barrel (“Brent”), and could fall to $ 65-70 in the second half of 2022.

In the past, rising prices encouraged new investment, which improved the balance of the energy market relatively quickly, and prices returned to normal. The transition process is under way and both financiers and fossil fuel producers are cautious. The key is to ensure a balance in the energy transition, both through energy efficiency measures and the appropriate development of green energy sources. This is especially true of those countries in the European Union that are completely dependent on imported energy.

In general, the Baltic economies will maintain a good growth rate in 2022. Latvia’s economy will grow by 4.6% this year, Lithuania’s by 3.6% and Estonia’s by 3.3%. In all three countries, high inflation will limit household consumption, but rapidly rising wages will provide further increases in purchasing power. The inflow of EU funds in 2022 will significantly stimulate investment activity, stabilizing the impact of external risks.