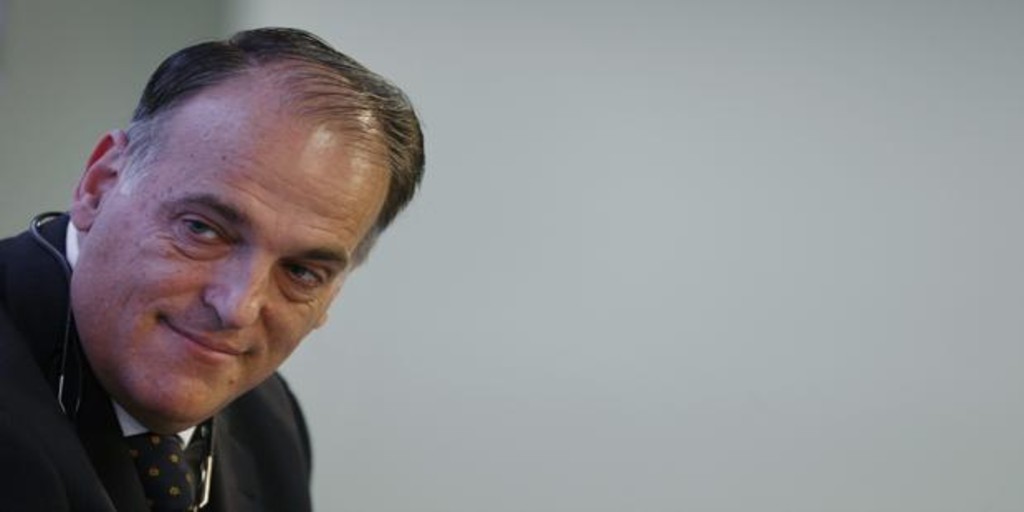 The Liga advises its 42 affiliates to use temporary employment regulation files to haggle over this crisis. The football association considers that the differences with the Association of Spanish Footballers to negotiate a reduction in the salaries of the players are great and asks their clubs to put on their belts. The union thinks it is a measure of pressure before the summit that they will hold on Monday.

There are three scenarios of negotiation between employers and union: that the League is not played any more, that the eleven days are held behind closed doors or that they are played with the public.

Soccer faces the pandemic with the need for a reduction in expenses that must be shared between the employers and the players. The League and the Association of Spanish Soccer Players maintain very distant positions in the negotiation of this assumption of costs and Javier Tebas has gone on the attack. Advises its 42 clubs to apply a File Temporary Employment Regulation to withstand the ravages of this crisis. His proposal is to reduce the working hours of many of the workers in each entity, at the expense of an agreement with the soccer players, which mean an average of 60 percent of the budget in many of the soccer companies, with quite a few peculiarities, since the staff Barcelona supposed 79 percent of the budget before reaching a pact with Bartomeu while Real Madrid dedicates 51 percent to wages.

David Aganzo, president of the union, consider that this lady gambit executed by Javier Tebas It is a measure of maximum pressure at the AFE. Last night he spoke in videoconference with the First and Second B footballers and with representatives of women’s football, and today he will do so with the Second teammates. Everyone made it clear that the first thing they are concerned about is “health” and they valued proposals about the return to the training sessions that will be presented to the employers at the summit on Monday. But the sign of litigation is wages.

AFE: «We have already lowered our salaries»

The captains exposed Aganzo who do not understand the threat of the ERTE: «Many clubs have already agreed and they’re negotiating player salary reductions with their clubs. “

The positions are distant in the three economic scenarios that They are analyzed: not having more football this season, playing the eleven days behind closed doors and playing them with the public.

The employers’ association proposes that the footballers reduce their wages by 20 percent of the total contract, not just the months without competition, if in the end the rest of the Spanish championship cannot be settled, as the damage to the teams will be enormous, with the loss of 550 million television. AFE only agrees to drop from 8 to 10 percent of its emoluments if there is no more league.

In the case of competing behind closed doors, an option that will allow to collect a good part of the 550 million, the Liga asks that the templates receive 92.5 of their total earnings for the season, as the confinement has already caused a significant decrease in income for the entities, with marketing closed, and television stations will pay less because it would be played in summer and the matches would be concentrated in three schedules, given the heat. There will not be ten different hours to see the day. The AFE responds that in this case it will only admit a small reduction in salaries, since the league would dispute. Aganzo believes that footballers should not pay 48 percent of the losses if the championship is disputed, even if it is in empty stadiums.

The third assumption, the return to normality, with an audience in the stands, also causes differences. The League advocates for a 3 percent reduction in the salaries of footballers, because its 42 companies have already suffered economic damage and televisions will pay around 80 percent of those 550 million pending. The union replies that if there are spectators there should be no cut in wages.

Thebes recommends to its 42 clubs to use the ERTE weapon because «The balloon sector» employs 185,000 people and today no one can produce. But the majority portion of soccer’s labor costs is focused on the 1,000 soccer players that make up the 42 First and Second squads.

Barcelona has reached an agreement with its staff, but the decision to carry out an ERTE on its staff generates controversy because it accepts a state measure when that expense is minimal in the budget. The great game is footballers. Applying ERTE in clubs is chicuelina because the key to money is in the players, not in the office employees. Exposed this great Truly, the AFE stresses that it receives news every day of agreements between squads and clubs. Betis and Osasuna are the last.

Yesterday, the British government, through the health secretary, Matt Hancock, said that the population makes many sacrifices and “the first thing that footballers have to do is make a contribution.” The Premier proposed to its players a reduction of 30 percent of their salaries.

FilGoal | News | Zaheer Enppi in the Joule: Like everyone, I dream of playing the Al-Ahly shirt, but