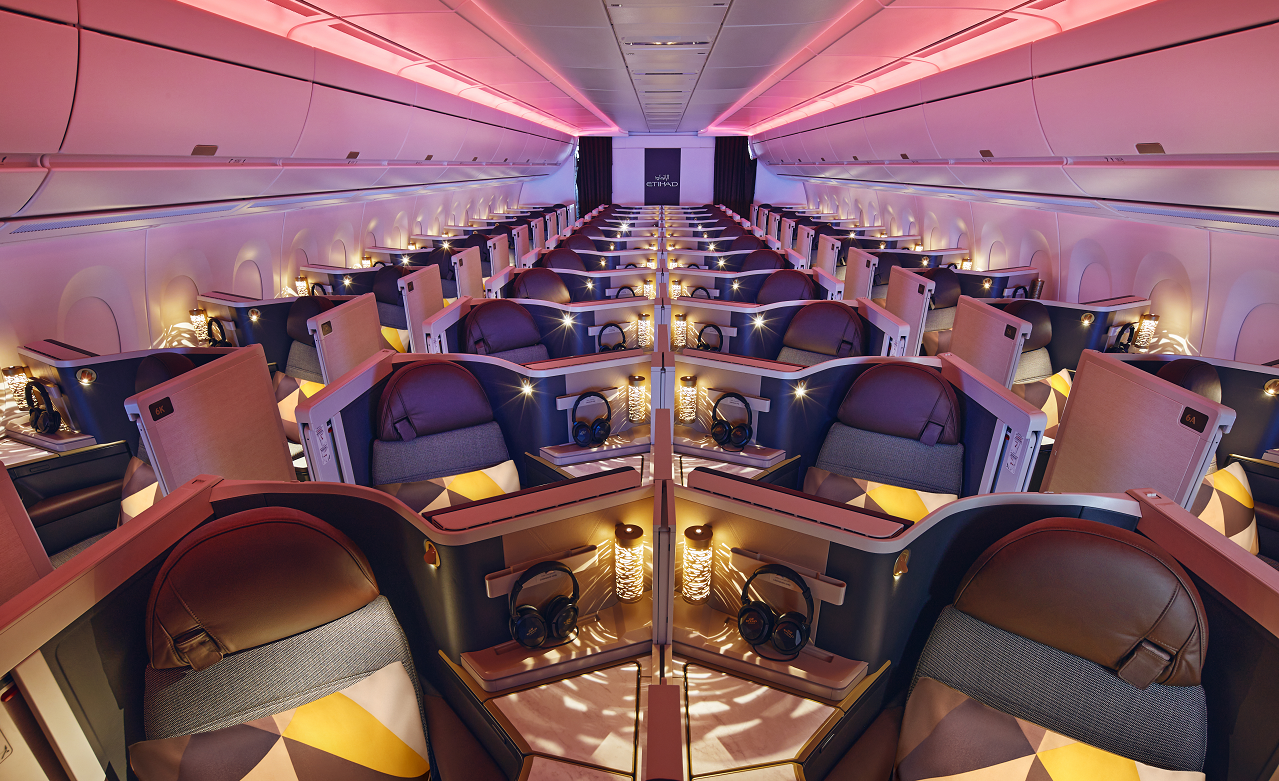 The bet on the route to Paris is only one-time. The type will initially be deployed by Etihad on medium-haul routes to Mumbai and Delhi. Ultra-long flights to Chicago and New York will follow from July.

On board, Etihad Airways is introducing a new Business and Economy Class product. There are a total of 44 flatbed seats in Business Class. Thanks to the 1-2-1 configuration, each seat offers direct access to the aisle. In Economy Class there are 327 seats in a 3-3-3 configuration, 45 of which have extra legroom.

All A350-1000s were delivered to Etihad several years ago: four in 2019 and one in 2020. Immediately after delivery, the aircraft were flown to Bordeaux for long-term storage.

Etihad already suffered heavy losses before corona. After the government of Abu Dhabi had had enough of constantly replenishing the deficits, it was decided on a major reorganization and downsizing. As a result, there was no need for the A350s for the time being.

Now that the reorganization is almost complete and aviation has found its way back up, Etihad is still using the Airbuses. The A350s will replace Boeing 777s and, together with the Boeing 787s, will soon form the backbone of the longhaul fleet.