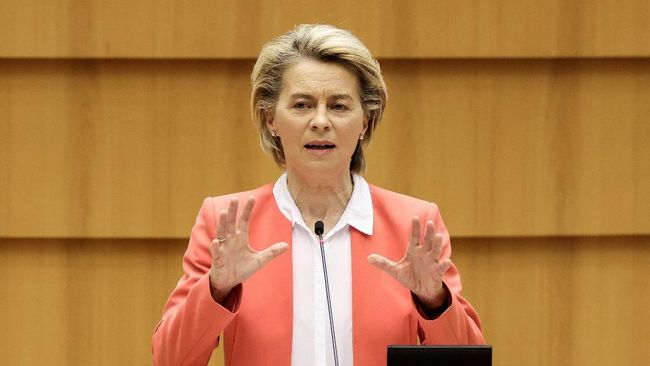 President of the European Commission, Ursula von der Leyen, openly told about the unpleasant experience when meeting with the President Turkey, Recep Tayyip Erdogan, in Ankara in early April.

Von der Leyen admitted that he was hurt and felt that he was marginalized by the treatment of the state officials who were present because he was only a woman.

At that time, von der Leyen and the President of the European Council, Charles Michel, met with Erdogan to discuss tensions between the European Union and Turkey.

During the meeting, von der Leyen was forced to be the only one standing because there were only two seats in front of the flags of the European Union and Turkey. Meanwhile, Erdogan and Michel sat next to each other, flanked by the two flags.

Through videos and photos circulating on social media, VonderLeyen is seen staring at the two leaders and expressing his disappointment by issuing an “um.”

In the end, von der Leyen was seen sitting on a large sofa parallel to Turkish Foreign Minister Mevlut Cavusoglu. In diplomatic protocol, von der Leyen’s level of office is equivalent to that of head of state.

“I can’t find any justification for (how) I am treated in European agreements. So I have to conclude it happened because I was a woman. Would this happen if I wore a suit and tie?”

Indeed, Von der Leyen did not openly blame Erdogan and Michel for the seating polemic. However, the 62-year-old woman said she had never experienced a similar incident in previous high meetings.

“I feel hurt, and I feel marginalized, as a woman, as a European. Because it’s not just about seating arrangements or protocols,” she said.

“It is at the core of who we are. It is in line with the values ​​held by our union and it shows how far we must go until women are treated the same every time and everywhere.”

The negligence of the diplomatic protocol which took place at the Turkish Presidential Palace has indeed sparked criticism of Erdogan on social media. Turkey and the European Union then blame each other for the protocol arrangement during the meeting.

“I am deeply sorry for the humiliation experienced by the president of the European commission. Let’s call them what they are, dictators, but with whom we need to work together,” Draghi told reporters on April 8.

Several groups of the European Union Parliament have even demanded an investigation into why von der Leyen was allowed to stand while Michel could sit.