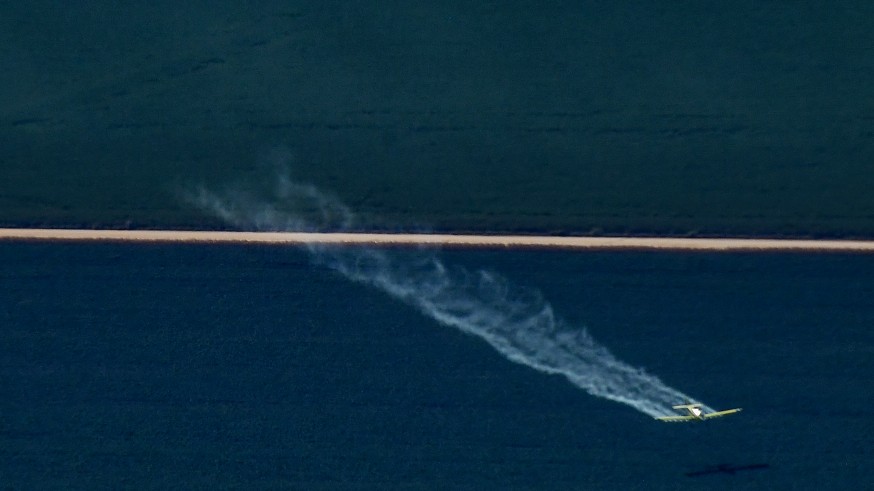 The funds are not approved in the EU, but this does not prevent export to all over the world. The corporations say that if used correctly, nothing can go wrong.

The cloud came at noon. To this day, no one knows exactly what was in it. When the plane sprayed its cargo over the fields in May last year, 15 children were having lunch at the neighboring village school of Guyraroká in the Brazilian state of Mato Grosso. Subsequently, several villagers, mainly children, came to the hospital with signs of poisoning. Dogs and chickens died.

So it is in a report that environmental groups from Brazil and South Africa want to bring out this Thursday, together with the church aid organization Misereor, the Rosa Luxemburg Foundation and the development network Inkota. It is less about the fateful consequences of pesticides per se – rather it is about the involvement of German companies in the global business with agricultural toxins. The accusation: Bayer and BASF, two of the largest agrochemical groups in the world, sell active ingredients in countries in the south that have long had no future in Europe – because their approval was never granted, never applied for or even revoked by EU authorities. Behind it is a global business with “double standards”, according to the study, at the expense of the population: “While profits flow to the USA, Europe or China, local people are permanently confronted with health and environmental damage.”

The allegations weigh heavily. For example, the Bayer Group, which has been the undisputed number one on the world market since the takeover of Monsanto, is to sell the active ingredients carbofuran, propineb and thiodicarb in South Africa. Their EU approval has been revoked. In Brazil, Bayer also sells substances such as fenamidon, which is said to pose a risk to aquatic organisms – the EU also revoked its approval in 2018. The approval for the controversial fungicide carbendazim already expired in Europe in 2016. According to the study, it is still available in Brazil, as is the growth regulator cyclanilide or the herbicides ethoxysulfuron and ioxynil. Accordingly, BASF sells the herbicide cyanamide to Brazil, which also failed due to EU inspectors, as well as the insecticide flufenoxuron. The list of active ingredients fills two pages in the report.

In the area around Guyraroká, residues of such active substances can also be found in groundwater. According to investigations by the Sisagua water authority, residues of 27 different pesticides were found in the nearby town of Caarapó – including the active ingredient carbendazim, as Bayer has been producing it to date.

Bayer and BASF reject the allegations. “Farmers are reliant on modern crop protection products to protect their crops against weeds, pests and plant diseases,” emphasizes a Bayer spokesman. Bayer has also stopped selling crop protection products in 2012 that the World Health Organization considers to be particularly toxic. “Where the situation changes, we voluntarily withdraw products from the market, as we currently do with the active ingredient carbendazim, for example.” Since 2016, active substances in crop protection products must also be registered in at least one country in the OECD industrial group. Both groups point out that their products have been extensively tested and checked by regulatory authorities, and there are also training programs for small farmers. A spokeswoman for BASF adds: The products are safe “if they are used correctly according to the instructions on the label and the guidelines for product responsibility” – even when spraying by plane.

But experts have doubts as to whether the substances from European laboratories are really used with care. “Companies like to argue that nothing can happen if the pesticides are used safely,” says Sarah Schneider, agricultural expert at Misereor. “Only one can often not assume that it will be used safely.” In any case, the handling of pesticides is far more lax in many places than in Europe.

There are various international agreements and regulations for the global trade and use of pesticides in agriculture, but there are gaps. Nevertheless, they are important because not all countries have the means and capacities for comprehensive testing procedures. In addition to the national requirements, two voluntary framework agreements and four binding international conventions regulate the handling of pesticides. Of particular importance here are the Stockholm Convention, which sets out international prohibitions and restrictions on certain long-lived organic pollutants, and the Rotterdam Convention on International Trade in Hazardous Chemicals. Both have been ratified by well over 100 countries.

But nowhere have the rules been relaxed as recently as in Brazil. The country has become the “world champion in pesticide use” since the approval of genetically modified plants, says Professor Antônio Andrioli, formerly a consultant to the Brazilian government and former vice president of the UFFS University in the south of the country. In the past five years alone, the stake has increased by 25 percent. “Since Jair Bolsonaro took office, new registrations of pesticides have increased significantly,” he adds. In 2019, more than 50 pesticides were approved, at least 23 of which were banned in Europe. However, this protects the Europeans only to a limited extent: some of the dangerous substances end up in the EU, for example in the form of residues in soybeans in animal feed. Brussels must put a stop to this with stricter import rules, Andrioli demands.

The federal government could also intervene. After all, according to German plant protection law, the Ministry of Agriculture can ban the export of pesticides to countries outside the EU if this is “necessary to avert significant risks to human or animal health or other dangers that cannot be remedied in any other way”. But the ministry only refers to international agreements. For the rest, one does not want to intervene “in the sovereignty of the third countries”, explains a spokeswoman. In the end, the countries themselves decided on the approval.

“It is difficult to understand that active ingredients that are not approved in the EU for good reasons are exported to the global south,” says Misereor expert Schneider. Critical shareholders have repeatedly denounced this. Next week they will have the opportunity again: Bayer has general meeting.