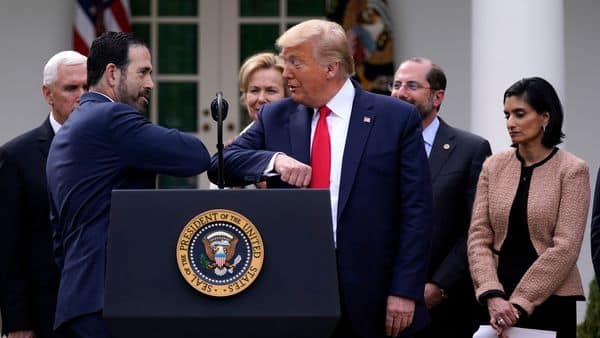 NEW DELHI: Now Europe, in addition to China, has become the epicenter of the COVID-19 pandemic, with more reported cases and deaths than the rest of the world put together, said the World Health Organization (WHO).

“Today, more cases are reported in Europe every day than those reported in China at the height of its epidemic,” WHO Director-General Tedros Adhanom Ghebreyesus said on Friday.

Looking at the general situation, according to the latest WHO situation report, five new areas of countries / territories (Jersey, Reunion, Saint Vincent and the Grenadines, Cuba and Guyana) have reported COVID-19 cases in the past 24 hours.

The global death toll from coronavirus reached 5,416 on Saturday with 145,360 confirmed people affected by the virus in 138 countries, according to the latest data available on Johns Hopkins University.

Maria Van Kerkhove, head of the WHO emerging disease unit, said that it is not possible to predict how the pandemic will develop. Europe and other regions of the world have implemented drastic measures to curb the spread of COVID-19, including closing schools and strengthening borders. India has also taken such measures with strict visa restrictions and the temporary closure of schools, colleges and cinemas.

Public health experts have said that what makes pandemics particularly dangerous is that the population generally has no immunity to the disease.

Together with the United Nations Foundation and the Swiss Philanthropy Foundation, WHO also launched the Solidarity Response Fund COVID-19 on Friday, to allow people and organizations to contribute.

“Until now, we have mainly relied on governments to support the response. The funds raised will be used to coordinate the response, purchase masks, gloves, clothes and glasses for healthcare professionals, purchase diagnostic tests, improve surveillance and invest in research and development, “said Tedros.

Could money buy happiness after all? A new study thinks so

They report the disappearance of Mariana, a student at UNAM – Noticieros Televisa