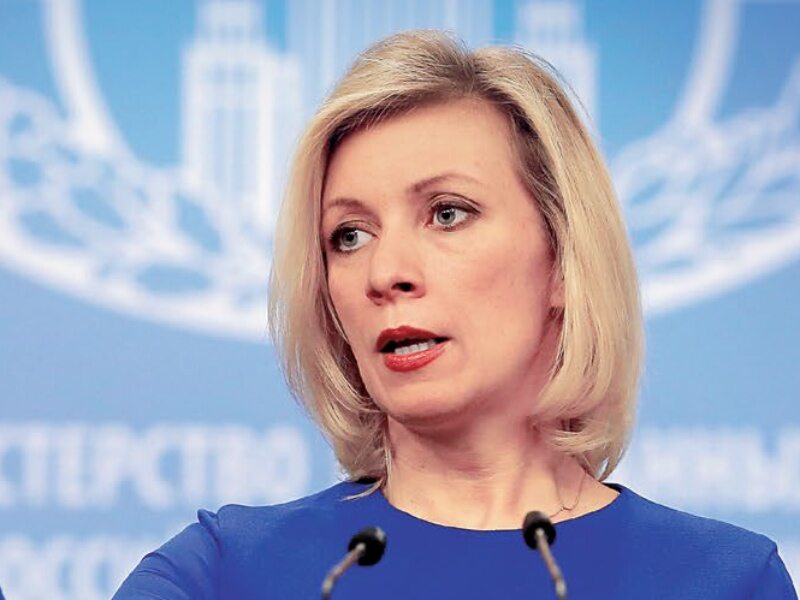 The Ukrainian Kalush Orchestra and song “Stefania” won the 66th Eurovision Song Contest in Turin last Saturday night, ahead of Britain and Spain. The success of the Ukrainian team was determined by viewer votes, in which it received a record number of more than 430 points; Thus, from fourth place after the national vote, the jury rises to the top – reports Wirtualnemedia.pl.

“Europe applauds for standing up”

A spokesman for the Russian Foreign Ministry published a comment on Ukraine’s victory on the Telegram platform. “Agree, without Ukraine’s victory in Eurovision, the picture of what happened in this country would not be complete. National costumes and musical instruments, two baby-yags on strings, break dance and songs on Azovstal. Europe applauds to stand. I laugh“- wrote Maria Zacharowa.

The politician also shared his views on the Russian TV channel 1. Kalush Orchestra’s victory was called “funny”. According to Zakharova, he was “indecent.” – I am surprised that the organizers allowed themselves such a humiliation. But it seems that humiliating Europe is now fashionable, said a spokesman for the Russian Foreign Ministry.

Ukraine’s victory provoked a wave of comments in the Russian media. “Cowardly provocation”, “politics, not music competition” – these are some of them. Music producer Iosif Prigożyn described Ukraine’s victory as a “theater”. – The competition has been purely political for a long time. Only for this reason the Ukrainian group won – he said.

Him too:
“Democratic Choice.” The head of the Ukrainian jury explained why Poland did not receive any pointsHim too:
Zakharov announced a serious analysis of political relations with Poland