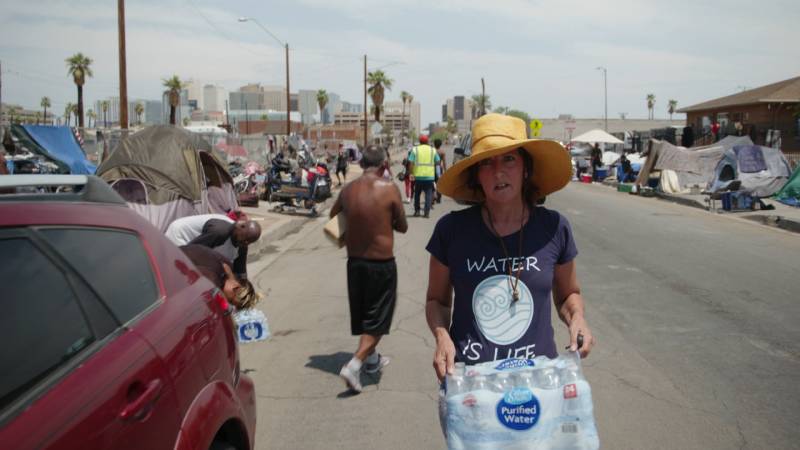 Lorenzo Pierson has hung a rug over the fence next to his tent. In the middle of the day, with the sun directly over 12th Street in Phoenix, Arizona, it casts a dash of shade. “Last week we had three deaths in a row,” he says. The heat has become too much for the homeless who live here in tents along the road.

Twice a week the entire tent camp has to go to the side, then a broom wagon drives through 12th Street. “Sometimes a tent stays there, and the police go to see what’s going on,” says Pierson. “Then they find the body.”

In 2020, in Maricopa County, where Phoenix is ​​located, 323 people died as a direct result of the heat. This year, the city is already above that number by mid-July. Heat records are once again broken in America’s hottest city. The west of the country is going through the fourth heat wave of this season. After the hottest June ever recorded, July is already historic.

Cooling from April to October

When Stacey Champion pulls up on 12th Street, there’s hardly anyone in sight. But as soon as she starts to unload the first packs of water, the tents open and the street fills up. Stacey calls herself a ‘heat activist’, fighting for more attention to the deadly problem of heat. “Heat is a silent killer, it happens inside. Your organs fail, you sink, no one notices that you are dying.”