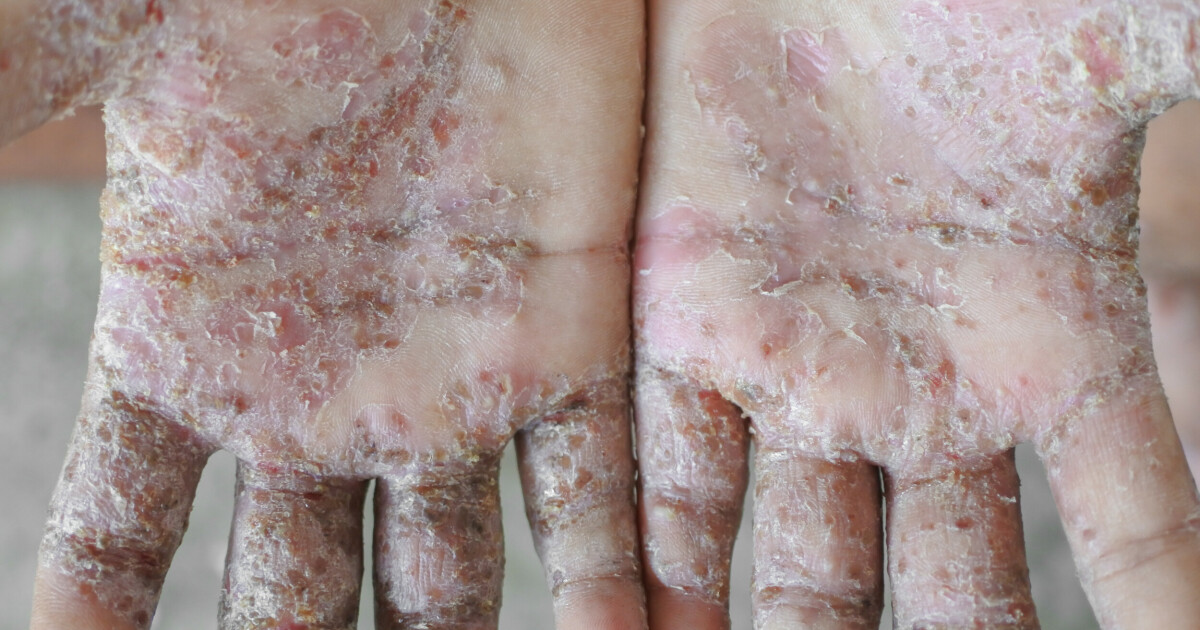 – It calmed down this summer, and we hoped for normal times, but it has not happened. From September onwards, more patients with scabies have come daily.

Dr. Dropin’s medically responsible dermatologist, Reza Sohrabi, is concerned about what he sees as an explosive increase in the number of scabies patients.

The professional community has for a long time sounded the alarm about the development, which has increased in the last three years. Many hoped that the troublesome scabies mite would die out when society shut down. According to Sohrabi, the opposite has happened.

– We have been more indoors, with our loved ones. These are the ones we get infected by – the ones we live with and share a bed with. The closure has had the opposite effect in this area.

Increase also during the shutdown

The prevalence of scabies in Norway is not monitored today. However, the number of consultations and sales figures for the medicines for scabies testify to the rapid growth described by the dermatologist.

The development has continued through 2021, according to the National Institute of Public Health. In recent years, people aged 15 to 29 in particular have been affected.

Scabies is a small mite that burrows a few times and lays eggs in the top layer of the skin. It is transmitted by skin contact over 10 to 15 minutes – especially by intimate contact.

It triggers itching, often with worsening at night and sweating, and can be demanding to get rid of.

– The treatment does not work

Treatment is available. However, the drugs are expensive. The first cure consists of two treatments, where one person needs two tubes of cream with a unit price of around 350 kroner. For a family of four, it amounts to about 2800 kroner for the first treatment.

Sohrabi has observed that the best-selling treatment cream, non-prescription Nix, has become less and less effective. He believes it is because the scabies mite has become resistant. Several dermatologists have reported the same thing.

– That’s the big problem here; that a treatment that has worked in all years has not worked in the last two to three years, he says.

– Nevertheless, it is still the cream that is used – either the patient buys it himself, or it is doctors who recommend it in the old habit. This means that patients are exposed to a lot of extra costs, before they go to a doctor who provides the right treatment. As far as I know, no dermatologists use Nix for scabies anymore.

See also  Marco is already a category 1 hurricane: it is expected to stay away from Mexican lands

Steinar Madsen, medical director at the Norwegian Medicines Agency, has previously stated to Dagbladet that there is no data to support that the scabies mite has become resistant to the treatment. He believed that the diminishing effect could be due to it not being implemented well enough.

Sohrabi believes there can be no other explanation than resistance.

– To my knowledge, no research has been done that has proven resistance, but we see it on a daily basis. A few years ago, the treatment worked well. It may not be the case that all patients now perform the treatment incorrectly.

The dermatologist himself recommends treatment with the liniment Benzylbenzoate or the cream Tenutex, which became available on the Norwegian market from last autumn.

This is how you get rid of scabies

If you are diagnosed with scabies, the health authorities recommend that you inform all people with whom you have had close skin contact in the last month. Both you and your close contacts must be treated in the same time period.

The first treatment, with cream or liniment, should be performed in two rounds at seven-day intervals. The skin all over the body should be lubricated, from top to toe, and work for 24 hours.

See also  no exceptions to travel between regions

– It is extensive work, in addition to being expensive. There is another reason why it is important to get the right treatment right away, says Sohrabi.