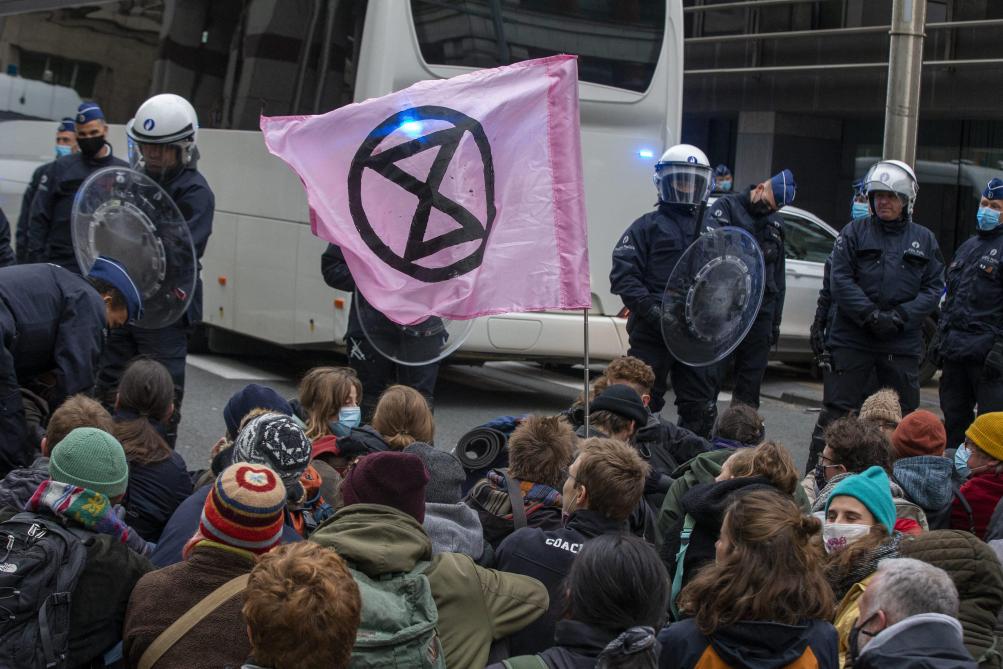 By the editorial staff

CThere are a total of 238 people, according to the Brussels-Capital / Ixelles police zone, who were the subject of an administrative arrest, Saturday afternoon, rue de la Loi in Brussels, following an action not authorization of the environmental activist movement Extinction Rebellion.

Extinction Rebellion had called for an occupation of the rue de la Loi on Saturday around 12:00, as part of an action called “Time4rage”. Through it, the activists denounced a political response that they consider “disastrous” in the face of the ecological crisis. “By this action of non-violent civil disobedience, the movement wanted to express its anger after years of protests, student strikes, and petitions. Our politicians are not standing still, they are making the problem worse by supporting harmful industries, ”the movement said again on Saturday evening.

A large contingent of police had been mobilized on the spot in the morning. Police suits blocked a large section of rue de la Loi, beyond the neutral zone. “We had contact with the organization and proposed to hold a static action, but this was refused”, explained the Brussels-Capital / Ixelles police zone. “As part of the rue de la Loi is in the neutral zone, access has been controlled. Several vehicles were searched in order to stop and identify people in possession of objects that could be used for blocking. ”

Police officers, some of them accompanied by dogs, supported by a helicopter which flew over the area, carried out the administrative arrest of the activists, who had been lying on the road. All were arrested, police said, and released a few hours later. They were a total of 238.

The demonstrators wanted to express their dissatisfaction with what they believe is a lack of courage on the part of politicians to effectively fight against global warming, while the COP26 is currently being held in Glasgow. “More and more international politicians give the impression of recognizing the urgency of the situation when we hear them speaking today. Yet there is a huge gap between their words and their actions. Too often, they do the opposite of what they should be doing to keep our planet habitable, ”said Xavier De Wannemaeker, spokesperson for Extinction Rebellion. The group cites in particular “the subsidized gas factories of Tinne Van der Straeten”, “the extension of Liège airport for the electronic commerce giant Alibaba” or “the pipeline connecting the Ruhr to the port of Antwerp for which nature reserves must be sacrificed ”.

> Pictures of the action

No toilet for SpaceX crew return, stuck in diapers