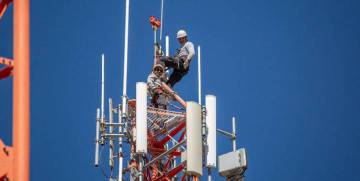 The group, specialized in the deployment, operation and maintenance of telecommunications and energy infrastructures of large multinationals, has made the decision to cease its activity in Chile, Peru and Mexico after the divestment operation of the assets it had in these countries was frustrated .

Thus, Ezentis will focus its commercial activity in Europe, where half of its current portfolio of 470 million euros is concentrated.

Its strategy will be based on diversification and focus on the European and Brazilian markets and on entering the German market for fiber optic deployment. In Spain, the main clients of Ezentis have confirmed their business relationship with the group.

The company’s revenues amounted to 369.4 million euros in 2021, 2.2% lower than in 2020 and stable in constant currency, while the gross operating profit (Ebitda) totaled 15.8 million euros, almost 60% less than the previous year.

The company, which has the support of its main investor, has already begun the replacement of its management team, a process that will culminate in the coming weeks.

The delivery of “Apex Legends Mobile” has been postponed for several days-again, the influence of the situation in Ukraine | GameBusiness.jp

Fury Praises Klitschko Brothers To Take Up Arms Against Russia