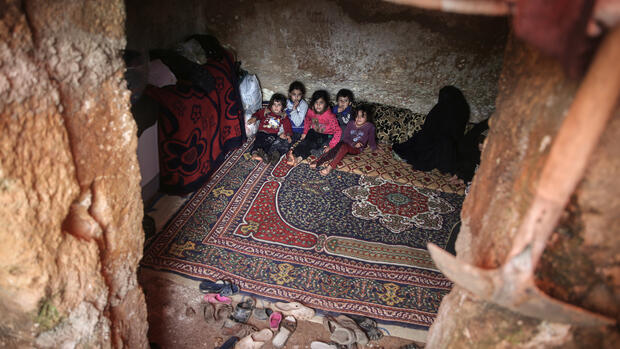 Geneva Norwegian Geir Pedersen holds one of the most thankless jobs at the United Nations. Pedersen, as a UN special envoy, is trying to stop the bloodshed in Syria. The diplomat often uses an ornate language. At the beginning of March, the Scandinavian spoke largely in plain language, before the Arab League in Cairo.

Pedersen said of the Syria conflict, the beginning of which marks the ninth time in these days: Syria is “the epitome of the failure of the international community to end or even curb violence.” What Pedersen did not say: Syria is the same War that reveals the powerlessness of the United Nations. After all, the organization should maintain “world peace and international security”. This is what Article 1 of the UN Charter wants.

What started around March 15, 2011 with protests against Syria’s Assad regime escalated into a war that the current UN Secretary-General António Guterres described in 2013 as a “great tragedy of the 21st century”. Hundreds of thousands of deaths, more than eleven million children, women and men on the run, broken economies and a dangerously destabilized region all count on the horror. “The war in Syria dealt a severe blow to the credibility of the UN,” says Marc Finaud from the Geneva Center for Security Policy. “Although there are ideas from the UN to overcome impotence, nothing has yet been implemented.”

At the top of the list of failures in the Syria conflict is the UN Security Council – the body has the “primary responsibility” for resolving conflicts. The main responsibility for the blockade of the Council, however, rests with the veto power Russia. The Russians voted several times with the other members, for example for humanitarian aid or for the never-realized peace plan in resolution 2254 of 2015.

The Russians intervened militarily in 2015 to ensure that the war in Syria was developing in the right direction. With Moscow’s help and other allies, such as Iran, Assad was able to recapture almost all regions of rebels and terrorist gangs. Now there are only a few areas such as Idlib on Assad’s and Putin’s “to-do-list”. “If a permanent member of the Security Council like Russia is actively involved in a military conflict, it will of course not allow the UN to undermine its position,” explains expert Finaud.

Experts criticize the passivity of Guterres

The paralysis of the Security Council also has an impact on other UN institutions: four UN special envoys for Syria have started since 2012. A number of roundtables on Syria, including between the Assad government and the opposition, were organized under the direction of the special envoys. Ultimately, all meetings ended in vain.

The first three special envoys gave up in exasperation. In his last speech to the Security Council in December 2018, the third of them, Staffan de Mistura, called for “joint efforts” and the “unity” of all members. But that is precisely what is still lacking today: The Security Council does not grant the special envoys the necessary backing. The fourth, the Norwegian Pedersen, also recognized this. He still remains in office.

What applies to special envoys also applies to the UN General Secretaries. Neither António Guterres nor his predecessor Ban Ki Moon could rely on a single Security Council on the Syria question. In essence, since 2011 both have limited themselves to warning the end of the Syria conflict. And they appointed the special envoys to Syria who bit their teeth in the war.

Guterres’ passivity is criticized by experts. Inge Kaul of the Hertie School in Berlin, who held leading positions in the development program of the UN, emphasizes: “In such a cruel war with far-reaching consequences for the region and beyond, the Secretary General must be much more active in giving himself the mandate from the member states let peacekeeping become a top priority. ”If he was refused and if he wanted to be more“ secretary ”than“ general ”,“ that might be a reason for him to think about resignation ”.

In view of the unspeakable violence in Syria, there are also models aimed at restricting the right of veto in the Security Council. As early as 2016, the then UN High Commissioner for Human Rights, Seid Ra’ad al-Hussein, demanded that the five permanent members of the Council be blocked in the event of mass crimes. “If war crimes, crimes against humanity or genocide are suspected”, Russia, the USA, China, France and Great Britain will only be able to use their privilege to a limited extent. The government made a similar move in Paris.

However, the demands for a thorough reform of the Security Council have so far been subdued. There is a simple reason for this: All five veto powers would have to agree to a reduction in their rights and also ratify it “in accordance with their constitutional law”. An unlikely scenario.

For many athletes, Coronavirus means the end of a university career

Coronavirus: what has changed the state of emergency implemented by Trump in the United States?