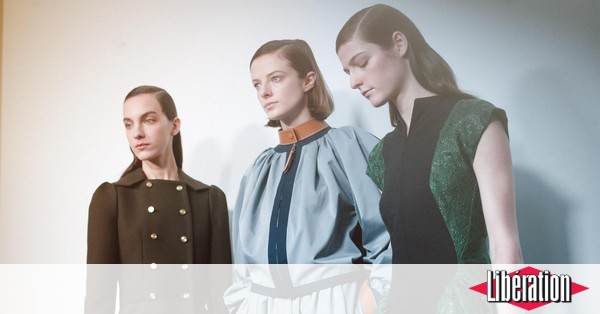 Invitation to the parade Loewe took the form of a vinyl on which appears the grinning face of Megan Rapinoe, contemporary heroine (she is one of the first sportsmen to come out), famous American football player (Ballon d’Or 2019) and muse of the season. Nothing really shows from this exchange in the latest collection of Jonathan Anderson but who cares.

Loewe, a Spanish luxury house (LVMH), was above all known for its leather work before Anderson took over the reins of his ready-to-wear in 2014 and placed the house in the upper echelons of clothing creativity. The Irishman, born in 1984, always pushes the cursor a little further from a technical and poetic point of view. The parade, organized at Unesco House, is a long master painting made up for the most part of voluminous skirts and dresses, and puffy pants adorned with knots at the ankles. It is both rigorous (like this navy blue set, her basque jacket and her loose skirt falling at the ankles) and chimerical. 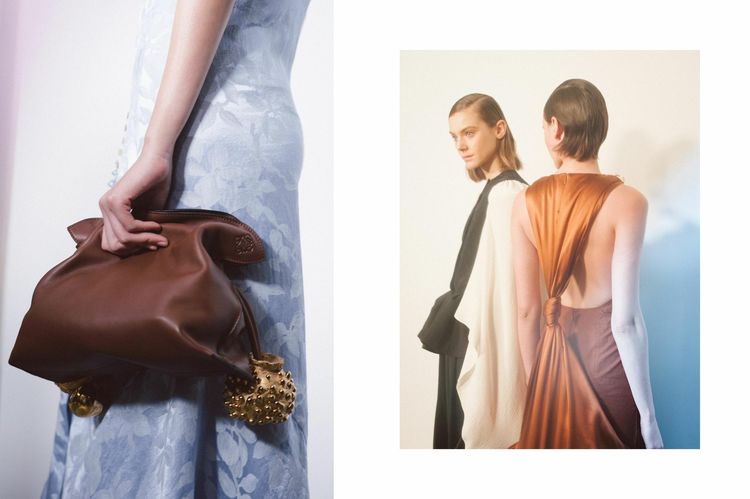 Jonathan Anderson is collaborating for winter 2020 with Japanese artist Takuro Kuwata, who has produced ceramics for him (white plates surrounded by copper balls placed at chest level) sewn onto silky dresses. It also incorporates a Japanese “waves” motif on a dress with balloon sleeves. We are immersed in a storybook where we meet princesses with an aristocratic port, devoid of blandishness, who pass before us in white dresses with triple pagoda sleeves set with blue sequins.

Far, far from the Loewe universe, place Balmain, in the basements of Espace Champerret. Olivier Rousteing is delighted to be nominated for the Césars (for Wonder boy selected – but not awarded – in the documentary film category) in the press release distributed to journalists. The young man has come a long way before becoming one of the favorite creators of the new near Hollywood stars that are the Kardashians. 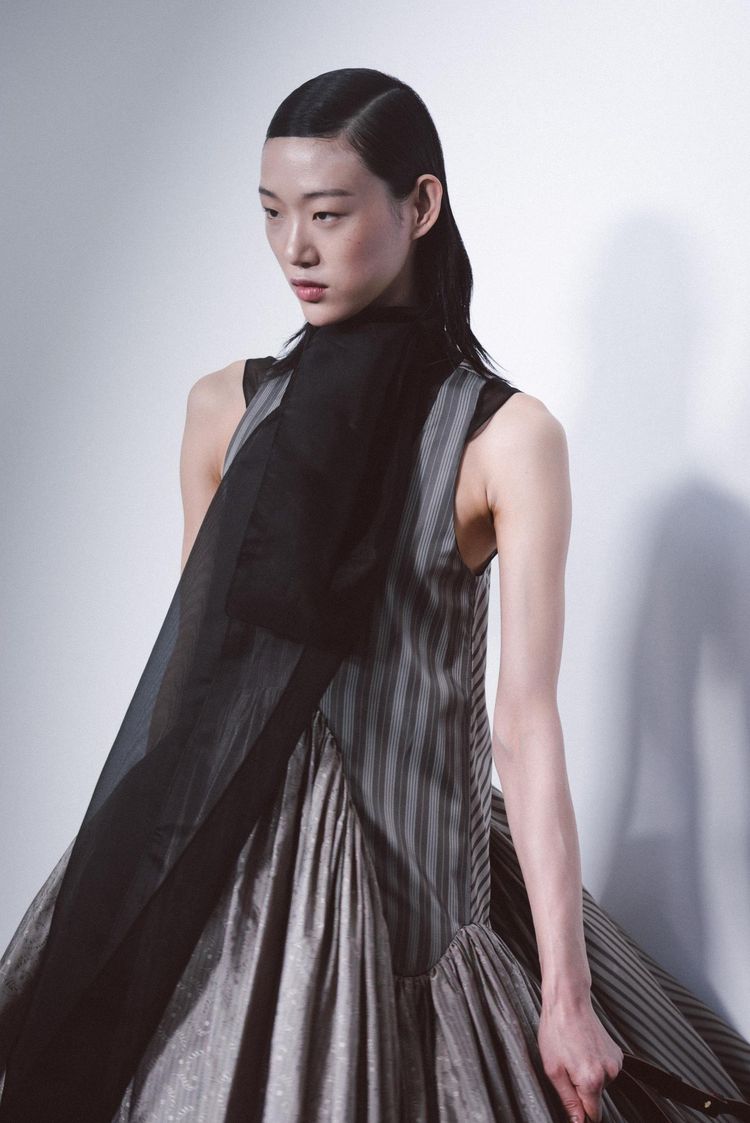 This season, his bling bling is less “crystallized” than usual (Rousteing has long loved brilliants). He pays tribute to the 1980s, notably in the soundtrack of the very Radio Nostalgia show with, among others, Jean-Jacques Goldman or Jeanne Mas – you had to dare -, the grouped arrival of the models (his “Balmain army”) and the presence of tops that we always enjoy seeing again like Helena Christensen. Rousteing also leans towards latex, but he is less obsessive than that of Anthony Vaccarello at Saint Laurent. Vests with a golden pompom motif are marked on the shoulders, like this blue, white, red Burlington check sweater, topped with golden buttons. Like their mother in their time, the girls wear camel-colored horse-riding capes or double-breasted jackets, black and red, adorned with square buttons, married to leather thigh boots, Mylène (Farmer of course). 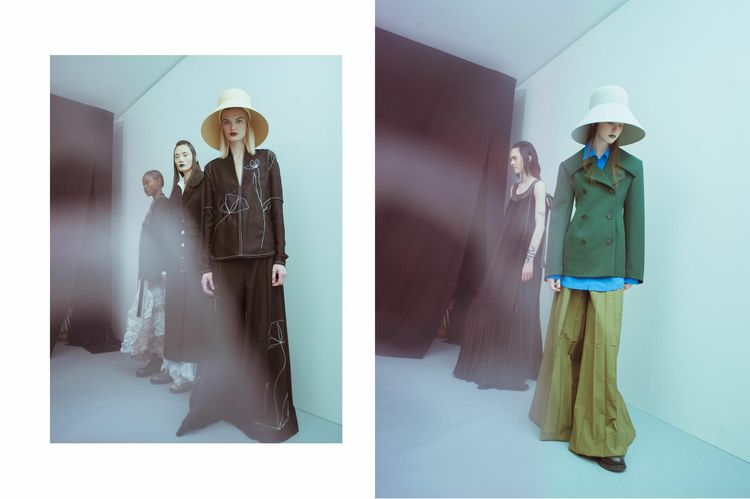 A perfectly balanced cape trench, heavily reduced male jackets cut at chest height… Some silhouettes of the parade Nina Ricci caught our attention. Like these tips of color distilled on silk sets (saffron, blue) and these scattered flowers (especially on a plastron placed on a crossed jacket). The work started last year by the Dutch duo Rushemy Botter and Lisi Herrebrugh (also at the head of the men’s brand Botter) continues in continuity but this time turns out to be less striking (especially on the color in which we have them seen to excel). There are still these wide and flowing pants with mesh pockets, associations of materials and bell hats with wide edges, ultra-retro and despite everything very portable in 2020. 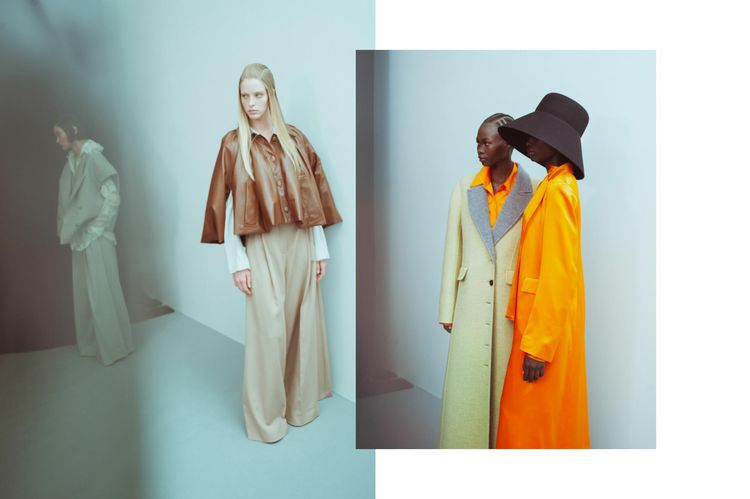 The parades of Yohji Yamamoto must be experienced without regard for your watch. There is always the same languor, made to disrupt the crazy pace of fashion week. The Japanese designer, present in Paris since the early 80s, creates as he digresses (above all on black). Dressing clothes (a jacket cut in two parts joined in the back by crisscross links), other mutants (a destructured coat which turns out to be also a jacket or even a dress), and collages of shapes and textures like when Yamamoto roughly bombs a series of asymmetrical coats. 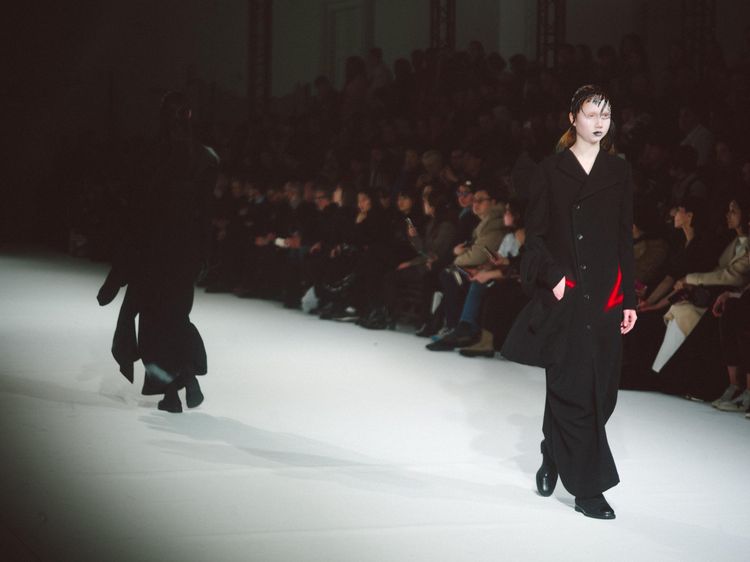 Fashion is for the 76-year-old creator a game – very mastered – a territory where you can allow yourself anything, a joke too, like this dress “with buttocks” eradicated from another century, endowed of a clownish outgrowth. A way of mixing the bizarre and the comic. 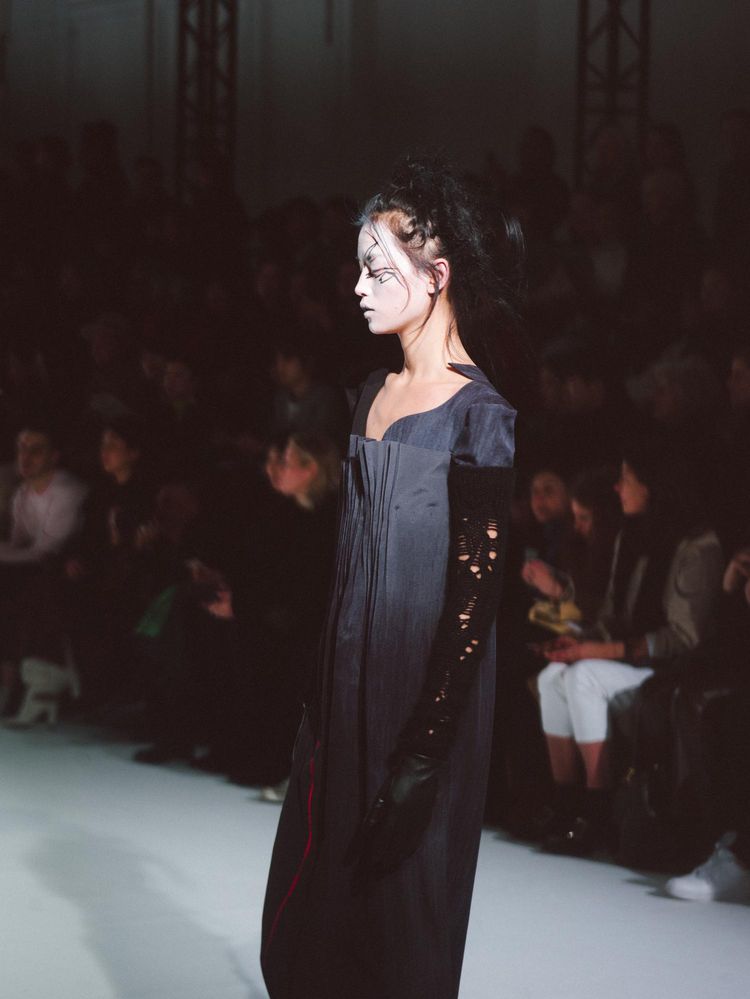 The day ends Friday at one of the major fashion week events. Hedi Slimane at Celine always manages to electrify the atmosphere and stimulate its world. The art of introduction is one of the strings attached to his bow: from the giant logo of the house (which he has redesigned) which blinks at night, from the casting (girls and boys stems) to the music (that by Sofia Bolt, Frenchwoman who sings in English).

At Les Invalides, he once again produced a collection born in the past – the 1970s – but revived in 2020. The boys cut through the track in skinny velvet pants, heeled boots (higher and higher), frilled shirts , and also carry handbags on the shoulder. They borrow multiple pieces from the women’s wardrobe and vice versa. We see a jumble of a dark brown velvet shirt dress, skimpy leather jackets, sticky jeans, studded leather, a sheep duffle coat, bourgeois Deneuve capes, a navy blue waist skirt high double breasted, a very polar black leather trench.

See also  Broadcaster NBC confirms: The eighth season of "Brooklyn Nine-Nine" will be the last

Gold looks also dot the show. They are sometimes eyeing the couture side (Hedi Slimane is preparing his first haute couture collection for Celine) like a set (top with stand-up collar and pants) with an animal motif (giraffe?) Entirely embroidered in gold. Crystal jewels and compressions made in collaboration with the César foundation (two new projects of the house) are distilled on the models which wear them at the end of the long chain, so that they give rhythm to each step. Pure Celine, Slimane style.