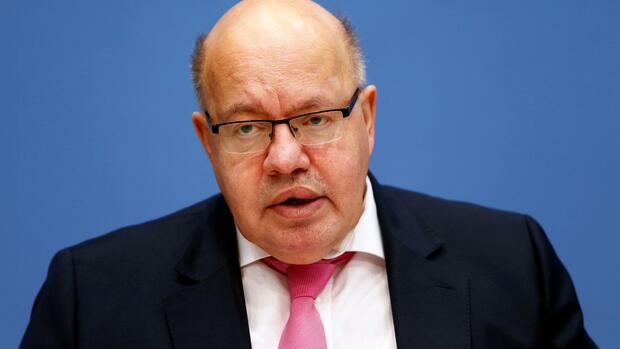 Berlin The winter lockdown is slowing down the economic recovery significantly. In the current quarter, the federal government expects the gross domestic product (GDP) to shrink. For the full year 2021 it has therefore lowered its forecast from 4.4 to 3.0 percent.

In its new annual economic report, the government is also assuming a slight minus of 0.1 percent for the fourth quarter of 2020. “The lockdown that began in November has caused a significant slowdown in economic dynamism,” the report said.

Technically, the dip in growth with two quarters of a shrinking economy would be a second recession as a result of the pandemic, albeit a considerably smaller one than in the first half of 2020. The Federal Statistical Office wants to publish the number for the fourth quarter on Friday.

According to the DIW Institute, the current lockdown is actually slowing the economy down: GDP should drop by three percent in the first quarter, expects DIW economic chief Claus Michelsen. “The German economy has a long and rocky road to go before it can grow again,” he said.

In contrast, Federal Minister of Economics Peter Altmaier (CDU) stressed on Wednesday that the upswing would continue in 2021, “albeit with less dynamism”. That the number of infections is falling gives him hope. The German economy will not reach the level of the end of 2019, before the crisis, until mid-2022.

As long as the lockdown lasts, the economy will remain divided: a robustly developing industry is opposed to a service sector that is more dependent on social contacts and that is being hit hard by the pandemic, according to the annual economic report. This will only recover sustainably when the corona pandemic is gradually overcome – also because of the vaccinations.

Minister of Economic Affairs Altmaier: “Tax increases in times of crisis are out of place”

The federal government promises that it will continue its financial policy to stabilize the economy this year as well. For 2020 and 2021 it has therefore suspended the debt brake by means of an emergency clause in order to be able to take on higher debts. The loans of 130 billion euros in 2020 are to be repaid over 20 years from 2023, the loans of 180 billion euros this year from 2024.

Due to the crisis, the level of government debt rose from 60 to 70 percent of GDP at the end of the year. It should grow to 72.5 percent by the end of 2021, according to the report. “The financial leeway of the federal government is considerably restricted for a long time by the repayment plans”, it says in the annual economic report, and the government refers to the last report of the council of experts: This had recommended that the repayment plans be “more flexible” and recommended a transition phase until 2024 , in which the hard debt ceiling should not yet apply.

Helge Braun puts his push to brake on debt into perspective

At the beginning of the week, Chancellery Minister Helge Braun (CDU) initiated a debate on the debt brake in the Handelsblatt: He called for an amendment to the Basic Law to suspend the debt brake not year after year but for a longer period in order not to stifle the upswing from 2022 through hard savings or tax increases to have to. The idea had met with sharp criticism in the Union.

The new CDU party chairman Armin Laschet and Union parliamentary group leader Ralph Brinkhaus rejected the proposal. On Wednesday Braun rowed back and emphasized that he did not want to question the regulation. “It was certainly not my intention to trigger a general debate on the debt brake,” said the CDU politician.

He was concerned with how to secure the return to a balanced budget more binding with an emergency clause after the corona pandemic. It was not just about questioning the debt rule itself.

In the post-corona period, it is also important not to increase taxes, to keep social security contributions stable and to rely heavily on innovations and digitization. Altmaier also mentioned these billion-expensive points on Wednesday.

Altmaier said he was expecting a proposal from the Federal Minister of Finance as to whether the government would also use the emergency clause for higher debts in 2022. The debt brake was a “great effort” by Angela Merkel’s first grand coalition, and it had proven itself.

The consequences of the second lockdown have so far remained subdued on the labor market. The federal government expects 44.8 million people in employment to remain the same over the course of the year and the unemployment rate will decline slightly to 5.8 percent at the end of the year.

According to a monthly survey by the Institute for Employment Research (IAB), the employment agencies do not expect a drastic rise in unemployment either. “The labor market as a whole can withstand a prolonged lockdown,” said IAB expert Enzo Weber. “With the vaccination perspective in mind, the companies hold on to their employees,” said Weber.

The fact that pandemic dismissals often already occurred in the second quarter of 2020 also played a role. However, many companies are still reluctant to hire new employees, as a survey by the Ifo Institute shows. The Munich researchers warned: “The lockdown is leading to more layoffs, especially in retail.”

This industry is also feeling the effects of the fact that consumer sentiment is now collapsing again because of the corona pandemic. The Nuremberg-based GfK market researchers forecast a decline of 8.1 to minus 15.6 points in their consumer climate barometer for February.

The last time the mood was worse was last June. “The closure of restaurants and large parts of the retail trade in mid-December 2020 hit the propensity to consume as hard as it did during the first lockdown in the spring of last year,” said GfK expert Rolf Bürkl.

More: The first corona case in Germany was confirmed a year ago. How has the country coped with the pandemic so far, how severe is the economic damage? A balance sheet.