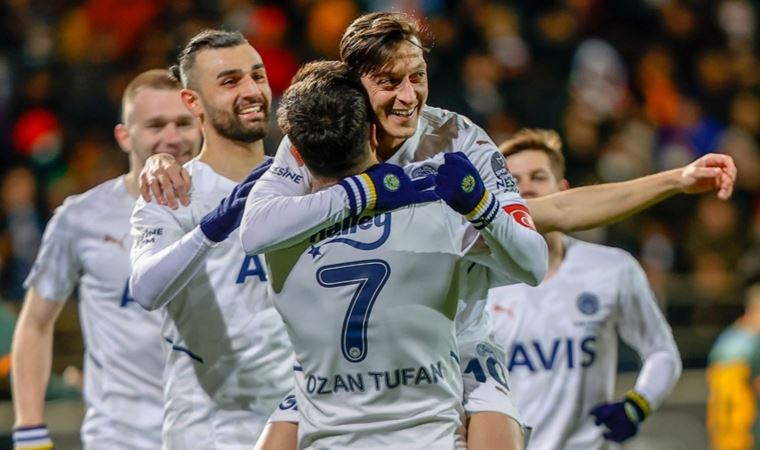 Fenerbahçe, who are far from the goal of the Toto Super League Sports Championship and hope to finish the league in 2nd place, are starting to transfer both domestically and internationally for next season. One of the names of the future is a question mark in Fenerbahçe. Mesut Özil There was also a statement from his manager about it.

“MESUT IS FENERBAHCE FOR 2 MORE YEARS”

Erkut Söğüt answered the question of Özgür Sancar in the program Spor Kazanı broadcast on Radiospor. A statement from Mesut Özil, who was expelled from Fenerbahçe, Erkut Söğüt said: “Nothing has changed. He owns a club in Mexico. But there is no way Mesut has any thoughts on going there as a football player. The same goes for MLS. He was appointed there before. But Mesut did not prefer it, he preferred Fenerbahce. His mind has not changed.“

Söğüt says Mesut will stay in Fenerbahçe, “He has asked several MLS teams before. Mesut wanted to come to Fenerbahce and now he is in Fenerbahce. Mesut has been playing ball in Fenerbahçe for another 2 years“I told you.

Söğüt, referring to the contract between the player and the club “It is an agreement between the two parties. Both parties will abide by the agreement. Mesut came to Fenerbahçe on a long-term basis. We have not made this contract for 1 year. The current situation is, of course, something that nobody wants. I think Mesut will continue with Fenerbahce next season.he said.

Emphasize that Mesut will not leave the team, Söğüt said. “Fenerbahçe was a long-term project of Mesut. Mesut is not a football player who will leave due to an incident. His wish is to stay in Fenerbahçe. When the training camp begins, he will do his best to join the team. I have no doubt that Mesut will join the team.he said.

The experienced star scored 9 goals and 5 assists in 42 games in Fenerbahçe, where he was transferred in January 2021.