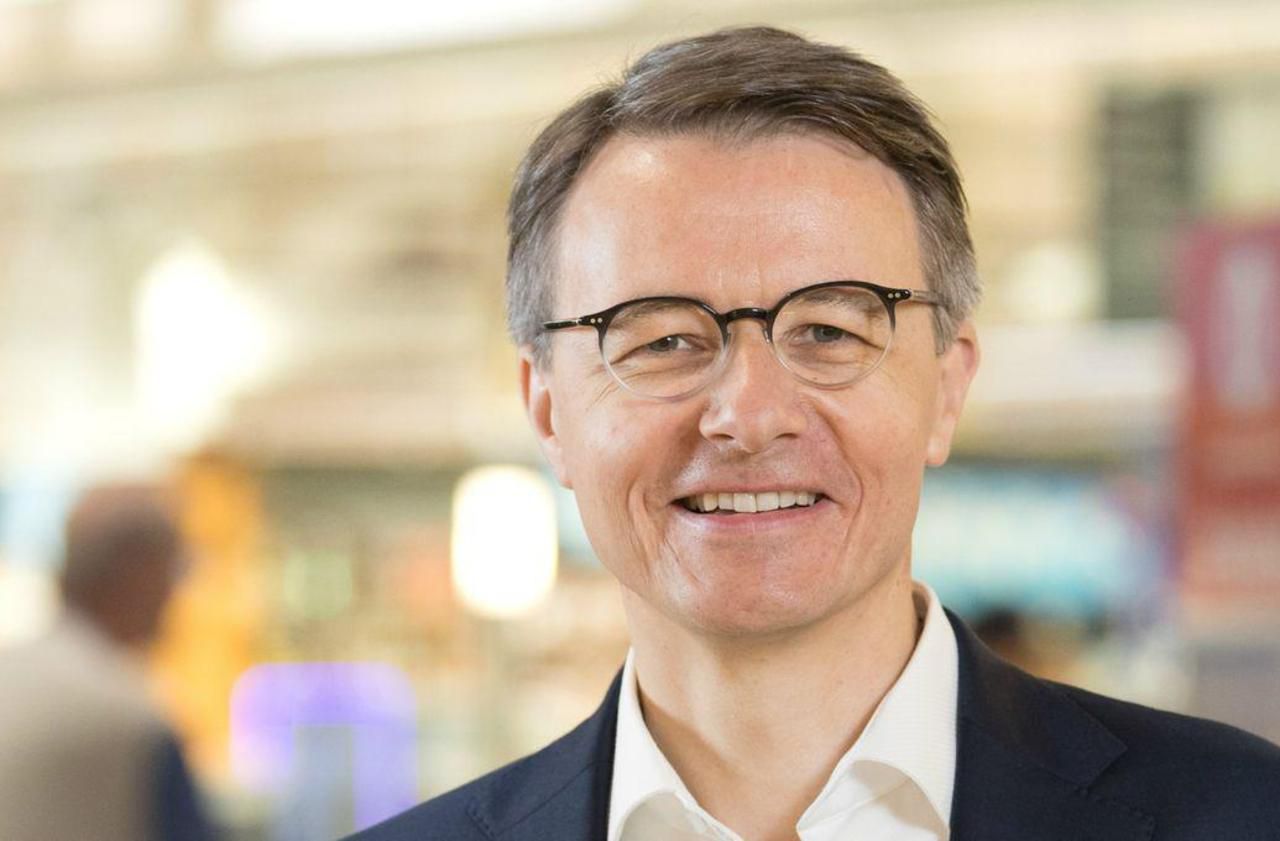 Dominique Schelcher started his career at his parents’ supermarket in Fessenheim, where he grew up at the head of the Système U merchant cooperative, which includes 67 Hyper U, 750 Super U and 400 Marché U et Utile in France. He tells how, in forty years, the nuclear power plant, whose first reactor is definitively shut down this Saturday (the second will be on June 30), has changed the face of the town.

How was the arrival of the plant experienced by the municipality?

DOMINIQUE SCHELCHER. I remember that time very well. My parents, Raymond and Christiane, opened in 1969 a Unico supermarket of just 40 square meters, very close to the church. The village is then very rural, and has no more than 900 inhabitants. In the mid-1970s, the plant was under construction. I am five or six years old and my father takes me in his van to tour the barracks on the site to sell workers all kinds of basic products. It works pretty well, to the point that my parents will soon open a second, larger grocery store, 260 square meters.

Does its start-up still accelerate the movement?

The plant was connected to the grid in 1977 to supply up to 3% of the electricity consumed by the country. Nearly 800 EDF agents, as well as 250 subcontractors, often managers and engineers, with good purchasing power therefore, are soon setting up in the town and the surrounding area. of the EDF houses, as they are called here, are constructed. All this drains economic activity. My parents kept expanding the two stores, until they were forced, in the 1980s, to move to the entrance of the village, for a question of space, on the current site of the Super U, with a sign that already exceeds 1,000 square meters. I ended up taking the lead in 2004.

The development of the village is therefore closely linked to the presence of the plant?

Without it, many businesses, starting with the Super U as it exists today, with its 3,000 square meters, would not have been possible. The population of Fessenheim has almost tripled, not far from 2,500 inhabitants. It has rather rare infrastructure for a town of this size, with around forty associations, sporting and cultural, four doctors and a dentist, a post office, a pharmacy, several banks, restaurants, a college or even sports facilities. .

On June 30, the second reactor will also be shut down. How do you see the rest?

With 800 employees, plus 250 subcontractors, the plant was by far the largest provider of jobs in the region. Now that it’s going to close, it’s my Super U that takes this place. But with only 90 employees. However, I remain confident. But we will have to stick together, that’s for sure. You know, a few kilometers away, on the other bank of the Rhine, on the German side, in the land of Baden-Württemberg, was a huge NATO air base. About twenty years ago, it was decided to close it. 2,000 people left almost overnight. An economic disaster. Except that … the Germans have invested in a large logistics cluster, the Gewerbepark Breisgau, along the highway. As a result, twenty years later, 2,000 new jobs have been created.

Can we learn from this experience?

In any case, we must ask ourselves how to revitalize the territory. And increase exchanges with our neighbors, by improving infrastructure for example. Our territory has many advantages. Starting with real estate much cheaper than on the other side of the border, and which could attract families. Chemical sites are installed along the Rhine, besides in my opinion much more dangerous than the power station. Peugeot is also found in Mulhouse. Switzerland is 40 minutes away. And Strasbourg at one o’clock. We have our playing card.

“There is no point in falling into psychosis”