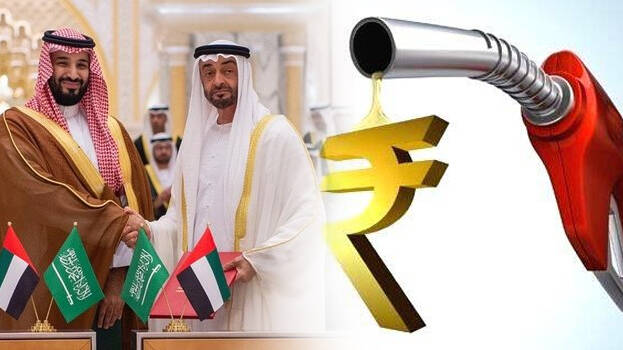 Kochi: Crude oil prices rose to a six-year high during trade as the dispute between Saudi Arabia and the UAE over production restrictions remained unresolved. Crude prices (WTI) rose to $ 76.50 a barrel during Asian trade. Brent crude, which India buys in bulk, touched $ 78 a barrel. Crude traded at $ 73.26 at 10.30pm Indian time; And Brent at $ 74.40. India currently buys Brent crude (Indian basket) for $ 74.49.

OPEC nations hold 79 percent of the world’s crude oil reserves. Leading countries in the Gulf region and neighboring countries are Saudi Arabia and the UAE, the leaders of OPEC. The UAE has complained that Saudi Arabia is making selfish decisions and imposing itself on OPEC members. The current dispute stems from a proposal put forward by Saudi Arabia at a joint meeting of OPEC and OPEC Plus (non-OPEC producing nations, including Russia) last week.

Saudi Arabia has proposed to increase crude oil production by 20 million barrels per day in August-December this year and to extend the current production control period from April to December 2022. Most of the countries agreed at the meeting. However, the UAE opposed the decision to cut production due to a previous Saudi decision. The UAE has made it clear that it will not accept further cuts in production. The meeting was called again on Monday to resolve the dispute, but was canceled after the two countries stood firm.

The OPEC dispute and the rise in crude prices are a major setback for India. India imports 80% of its consumption. It is the third largest importer in the world. Petrol and diesel prices in the country are already at record highs due to rising crude prices, heavy taxes and rupee depreciation.

Petrol price crosses Rs 100 in more than 10 states including Kerala; In some states, including Rajasthan, diesel has also crossed Rs 100. If crude oil prices continue to rise, fuel prices will rise uncontrollably in the country.