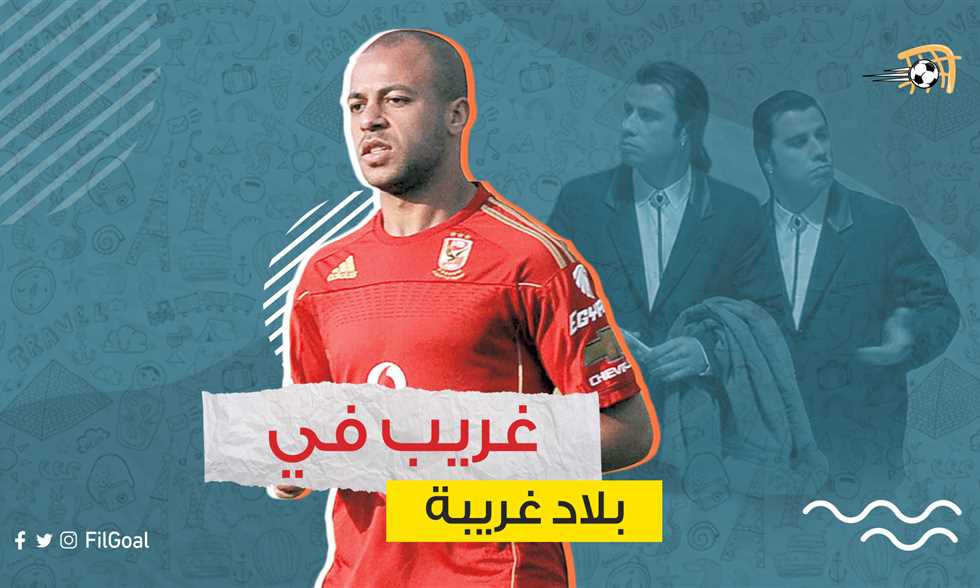 It is strange because he has a unique experience, and strange countries because the Egyptians are not used to playing in these leagues.

FilGoal.com Submit a series Strange in strange countriesIt is not a republishing of Anis Mansour’s trips to Yemen and the Democratic Republic of the Congo, but rather to dig into unusual professional trips for Egyptian players.

In this series, we will not ask heroes about their experiences in the Turkish, English, Saudi or even German leagues, but rather we will fly to more obscure regions.

Our hero in today’s episode is Mustafa Mahmoud “Afroto”, who raised Al Ahly and the former Egyptian youth team player.

Afroto experienced a quick experience in the Azerbaijani state in the ranks of its most famous team: Karabaj, between August 2012 and March 2013.

It is true that he did not play many matches during those months, but it was a unique personal experience.

Let’s talk to Afroto about his adventure in Azerbaijan.

How did you join Azerbaijan?

Karbaj contacted my agent, Tamer Al-Nahhas, to join me, and indeed we traveled to Turkey and completed the contracting procedures there.

Did you learn the language of Azerbaijan?

In Azerbaijan they speak Turkish and Azerbaijani (Azerbaijani), so I couldn’t speak it.

They say on the offside: “Ovassadinho”.

And the coach there calls him “Bouchamalem”.

And the popular dish in Azerbaijan?

They used to make a plate of agricultural cheese, with tomatoes and other things, and live as a solar diet, and this is one of the most popular dishes there.

An unforgettable personal situation in Azerbaijan.

In Azerbaijan, all shops are closed at 5 pm, and everyone goes to sleep.

One day, I felt hungry at seven in the evening, and I took to the street, but I could not find any restaurant open.

I walked very much until I found an old woman sitting making bread, so I bought from her and ate.

The most that you missed while you were in Azerbaijan.

There I felt lonely, especially because of the language factor that made me not understand their hadiths, but because of the presence of many Muslims in Azerbaijan, some of them were speaking broken Arabic.

Something I’ve seen there and wish to be applied in the Egyptian League.

I hope to see a professional league in Egypt.

There the player is sitting on the bench, with an ID in it, all personal information about him, and the judges review this information, and the system there applies to the elder before the child.

To find out all those infected with Coronavirus from the world of football and their progression, clickHere

Record: FIFA does justice to Sporting and finances Zamalek for its Chikapala

The European Union addresses clubs and regulators: Don’t end this season ahead of time

Mirror: Great concern in England over broadcast rights … and an emergency meeting

Mirror: Neymar donates a secret to fight the outbreak of the Coronavirus

In the fight against coronavirus, the blood of recovered patients will help. Latest medical news