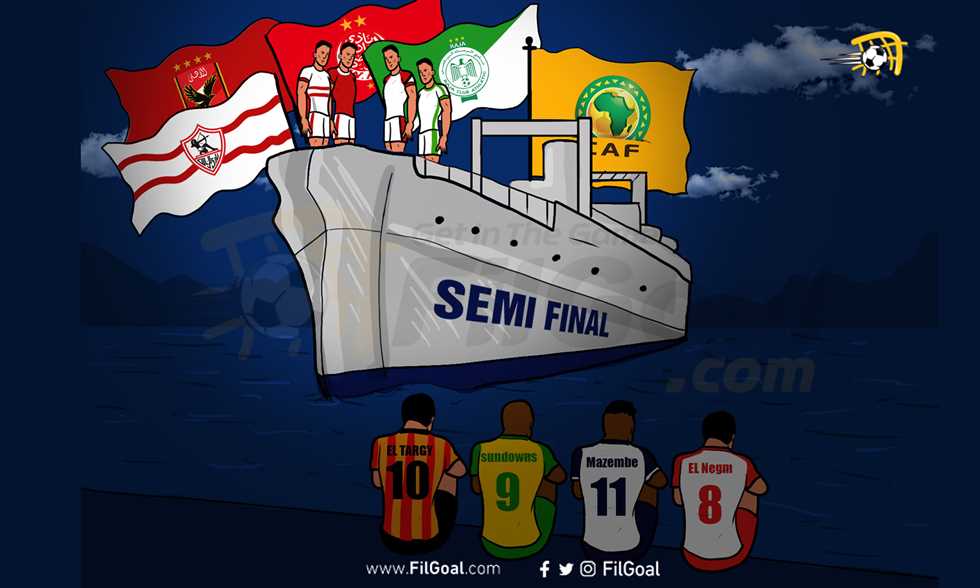 Bah said in statements to the program “Audience Altalah” via OnTime Sports 2: “We are fortunate that we are about to finish the two clubs, we hope that the crisis will end in the summer and we will set a new date for the matches as soon as possible.”

“It could be half of June or July, or in the worst assumptions in August. There is no plan to cancel the two clubs, we will determine when the conditions for safe play exist.”

The Confederation of African Football (CAF) has announced that the Champions League semi-finals will be postponed indefinitely.

3 Egyptian teams in the Champions League and Confederation Cup semifinals. Clashes were expected to take place at the beginning of next May.

Al-Ahly vs. Morocco’s Wydad, and Zamalek vs. Raja Casablanca, Morocco, in the African Champions League.

Pyramids against Horia El-Ghiny, and the rise of Berkane El-Maghrabi against Hassania Agadir of Morocco, in the Confederation Cup.

“As for the African Nations Cup, it is on time in January and February of next year. If we can finish the qualifiers between September and November 2020, it will be played on time, if we cannot, we will have to postpone. No one can expect things to develop.”

He revealed, “If there is one or two countries that are severely affected and cannot participate in the tournament, we will not postpone it and replace them with two other teams. But if the number is greater, we will have to postpone.”

He concluded, “The climatic conditions are the reason for changing the date of the Nations Cup, after discussing all theses we decided to play in January and February in the presence of the problem of providing the players. It is exceptional at the request of Cameroon, and the tournament will return to the summer.”

To know all those infected with the Coronavirus from the world of football and their conditions, clickHere

20 years have passed since a smile on football was absent

The 50 best right and left wings in football history

Home Test – Who scored for Egypt in the Olympics?

Strange in a strange country – Shabana in India

Muhammad Abbas: I do not hold a grudge against Saleh Selim

Countries plan their return to normality