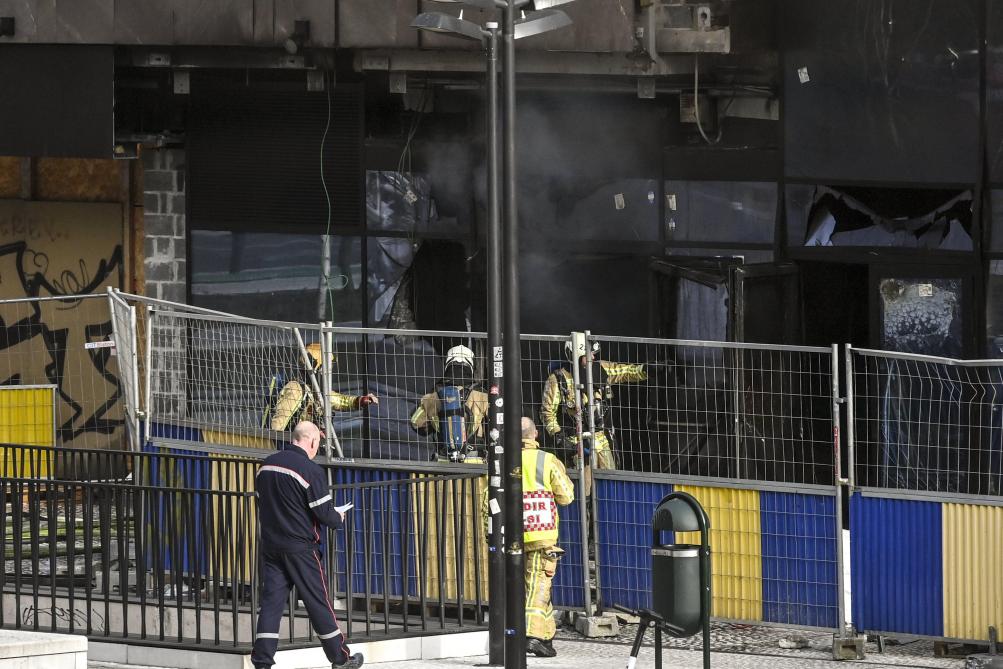 
Un firefighter died on Wednesday morning during an intervention for a fire on the construction site of the Sheraton hotel, place Rogier in Brussels, indicated the firefighters of Brussels confirming information from Sudpresse. He is a 49 year old man. He was buried under the rubble of a collapsed escalator. In the meantime, the extinguishing work has been completed and the firefighters are busy with the clean-up work. The Brussels public prosecutor’s office has opened an investigation.

The fire broke out on Wednesday around 3:30 a.m. in a technical room and caused numerous traffic diversions, both automobile and public transport. Nearly 300 guests of the nearby Thon Hotel were evacuated because the smoke spread there and there was a risk of poisoning. Four clients were intoxicated and were taken to hospital. The others were accommodated in another hotel establishment.

Firefighters immediately went to the scene, but the fire, which was raging on the ground, first and second floors, was very difficult to reach. During these extinguishing works, an escalator collapsed and a 49-year-old firefighter was buried under the rubble. The man was extricated as soon as possible, but he died of his injuries. The rest of the fire crew was immediately replaced with a new crew.

The Brussels public prosecutor’s office has opened an investigation to shed light on the circumstances of this fire. A public prosecutor went to the scene and a fire expert and a forensic doctor were appointed. Several other duties are in progress, in particular the analysis of images from video surveillance cameras, a neighborhood survey and the hearing of possible witnesses.

The Rogier metro station is completely closed due to the fire. Pre-metro lines 3 and 4 as well as metro lines 2 and 6 pass through the station but do not stop there. Tram lines 25 and 55 do not run between Gare du Nord and Rogier. Finally, Stib bus lines 46, 58, 61 and 88 have also been diverted.

Disruptions are also announced for De Lijn buses which pass through Place Rogier.

Zelensky admits that “peace talks with Russia are more practical”. Taiwanese netizens are angry: I knew this earlier and why did I have to do so – Politics – Zhongshi News Network