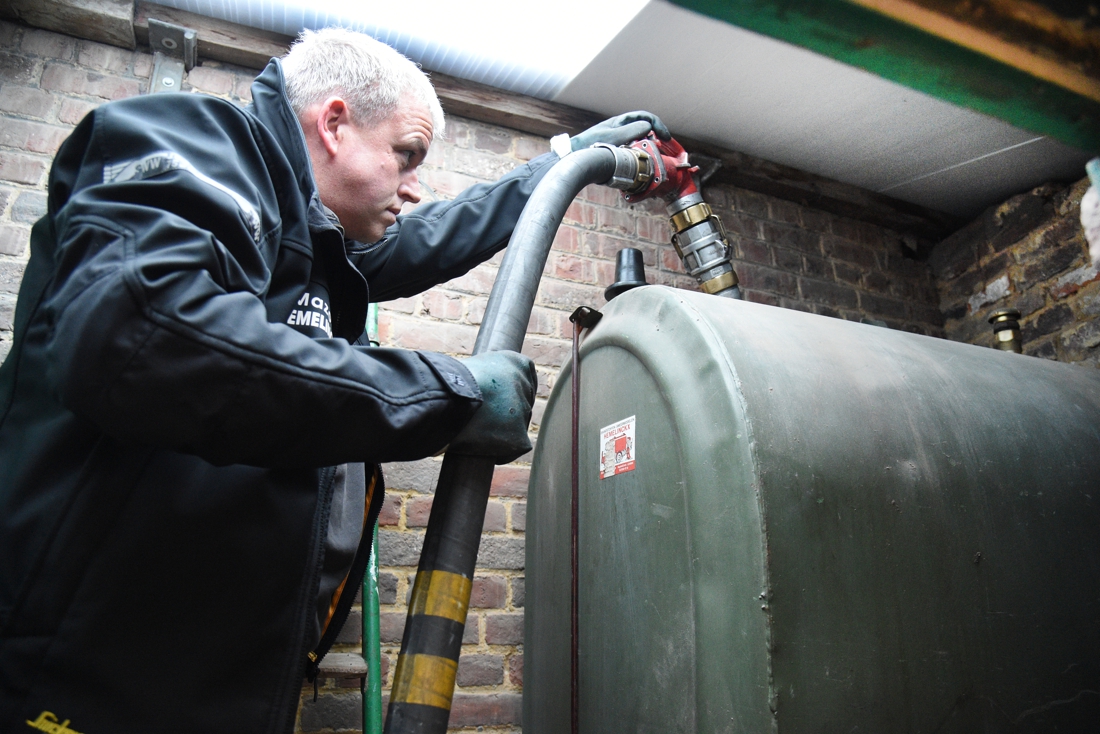 The plans to phase out fuel oil boilers in Flanders were approved in the Flemish Parliament on Wednesday evening. The decree mainly wants to encourage people to opt for more environmentally friendly heating techniques. The Flemish Parliament also approved an interfederal climate resolution.

From 1 January 2022, no new fuel oil boilers may be installed in Flanders. A boiler may also no longer be completely replaced, unless there is no natural gas network in the street. This is stated in the proposed decree of the majority parties N-VA, Open VLD and CD&V.

Only opposition party Vlaams Belang voted against. “We are pleased to see that most parties are joining this decree. The first step is always the most difficult to take, but it is better to take a small step than no step at all’, say petitioners Andries Gryffroy (N-VA), Robrecht Bothuyne (CD&V) and Willem-Frederik Schiltz (Open VLD). . The aim is to achieve environmental gains, both in terms of soil and air pollution.

‘If we look at the figures, we see that about 37 fuel oil boilers are installed per year in new buildings, or 0.12 percent of the total number of new buildings per year. In the case of a major energy renovation, this involves eight oil boilers per year. That is 0.37 percent of the total. The impact for citizens is therefore small, while this ban can have a major effect on both climate and soil quality’, say the petitioners.

There will be fines from 3,000 euros. The ban on new fuel oil boilers is a promise from the Flemish Energy and Climate Plan (VEKP) and the Flemish coalition agreement that is now being put into practice.

Brafco, the Belgian Federation of Fuel Traders, opposes the plans and previously threatened to challenge the decree in the Constitutional Court.

The Flemish Parliament also approved an interfederal climate resolution on Wednesday evening. The text of the resolution has been discussed between the various Belgian parliaments in the run-up to the climate conference in Glasgow (Co26) that will take place from 1 to 12 November.

The resolution urges governments, among other things, to reach an agreement on intra-Belgian burden sharing and international climate finance, preferably before the start of the conference, and has been supported by the submitting parties (N-VA, Open VLD, CD&V, Groen and Vooruit). PVDA abstained, Vlaams Belang voted against.

The climate resolution is the fruit of consultation between the different parties of the different parliaments. Not an easy balancing act. ‘But it has become a text that can be seen’, says Philippe Muyters (N-VA), who has held the pen.

The text itself contains a wide range of recommendations and proposals. For example, governments are being asked to reaffirm the agreements from the 2015 Paris climate agreement and to underline that the current global effort is insufficient to achieve the targets (keeping temperature rise below 2 degrees Celsius by 2100, if possible below 1.5 degrees Celsius). degree).

The resolution ‘takes note’ of the European ‘Fit for 55 programme’, the European plans to achieve a greenhouse gas reduction of at least 55 percent by 2030 (compared to 1990) and also immediately asks for ‘additional measures to be taken to meet the imposed targets’. be able to realize’. The Flemish Energy and Climate Plan (VEKP) mentions a reduction target of -35 percent by 2030 (compared to 2005).

The text also calls for the inclusion of aviation and shipping and for stricter emission standards for those two sectors.

To ensure that imported products from outside the EU can be produced in an equally sustainable way, the text also puts forward a possible carbon border tax, but ‘without prejudice to the competitiveness of exporting sectors’.

The resolution also urges governments to reach an agreement ‘preferably before the start of Cop26’ on intra-Belgian burden sharing and international climate finance.