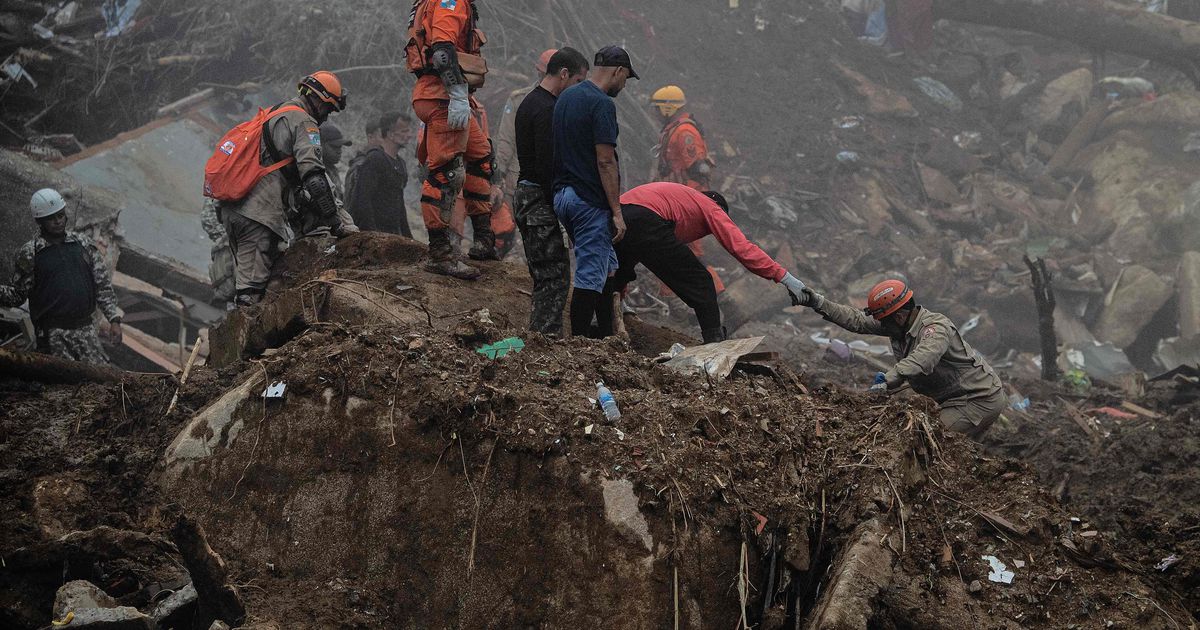 There are at least 28 children killed in Petropolis, local police said.

Officials say the search for the missing is continuing in a city full of mud and rubble, but it is unlikely that anyone will be found alive.

On Sunday, rains continued in the southeastern Brazilian state of Espirita Santa, bordering the state of Rio de Janeiro in Petropole.

At least two people have been killed in storms in the state of Espirita, Santa said more than 1,200 people had been evacuated and 43 more had been destroyed.

Precipitation in some districts of Petropole reached 260 millimeters in less than six hours on Tuesday, which is more than was forecast for the whole of February, the meteorological service MetSul reported.

In picturesque Petropolis, where Brazil’s last emperor Pedro II was buried and 68 kilometers north of Rio de Janeiro, rushing currents ran through the streets, washing away hundreds of vehicles. Authorities have found more than 300 cars that were washed around the city.

The landslide destroyed dozens of buildings and hundreds of people lost their homes. At least 856 people are housed in temporary shelters.

At least 219 people have died in heavy rains in Brazil in the last three months. Experts point out that storms have become stronger as a result of climate change.

At least 28 people were killed in floods and landslides in southeastern Brazil, mainly in São Paulo, in January. In December, heavy rains in the northeastern state of Bahia claimed the lives of 24 people.

In January 2011, more than 900 people died in floods and landslides over a large area, including Petropolis and the neighboring towns of Nova Friburg and Teresopol.

Sentenced to death in Somaliland: – – I’m scared to death