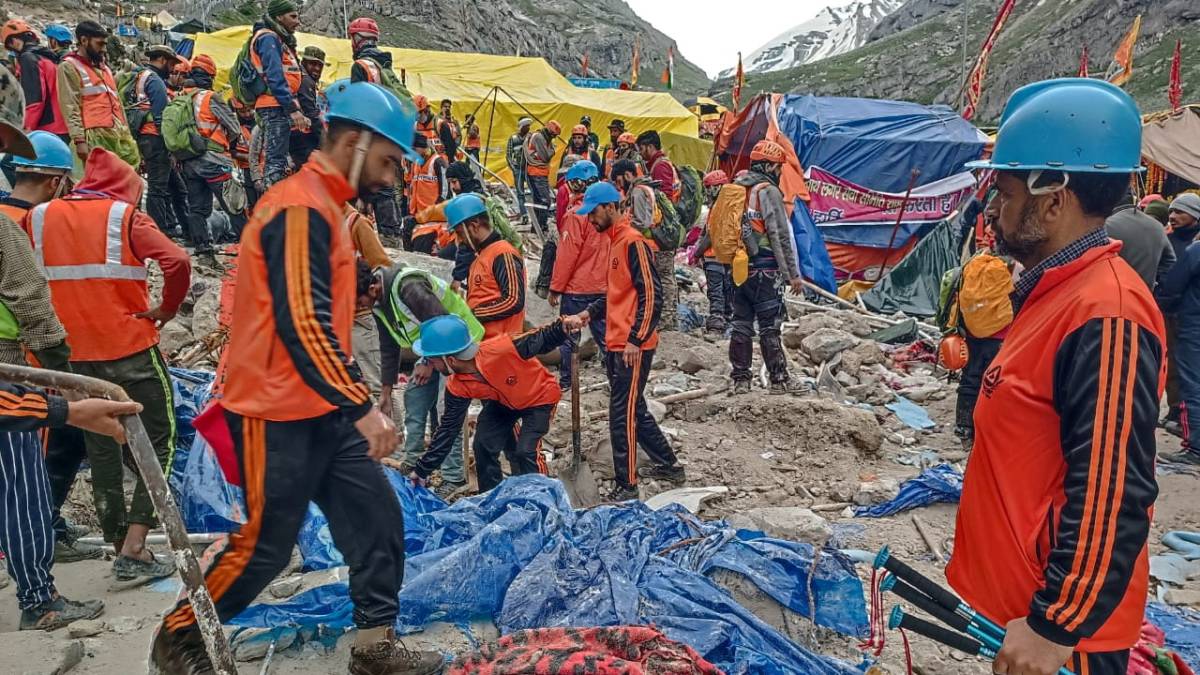 Flooding in the Indian part of Kashmir region has killed at least 16 people. Thousands were rescued under the rapidly rising waters due to heavy rains.

In the cold, inhospitable Himalayas, Hindu pilgrims make a pilgrimage to a shrine in Amarnath Cave, about 4,000 meters above sea level. Some of the pilgrims were ambushed by the water at Fortin camp. Dozens of people were injured. At least 50 people received first aid at a hospital in a base camp at the foot of the mountain.

Local authorities now postpone the pilgrimage for two days. Several rescue units searched the area. Dogs and radar equipment were used. The injured were taken to hospital by helicopter.

Pilgrims were ambushed by the rapidly rising water:

Pilgrims drown in pilgrimage to Kashmir

Due to the heavy rain, boulders descended into a ravine near the cave. At least twenty tents and two makeshift kitchens were swept away by the water. Thousands of people were near the cave when it rained. About 15,000 people have moved to safer areas, officials say.

Hundreds of thousands of Hindu Indians flock to the area each year for the pilgrimage. Nearly one million people are expected to enter Amarnath Cave this year. For two years, the pilgrims could not go there due to the corona pandemic.

The area was open to pilgrims for more than a week. Since then, tens of thousands of believers have been in the cave. There they worship Lingam, a stalagmite formed naturally in ice believed to be an incarnation of Shiva, god of destruction and reconstruction.

Pilgrims can reach the cave via two routes. The traditional route from the south takes three days. The cave can be reached in a day from the northeast side. More wealthy pilgrims go by helicopter for a quick visit. The area is covered with snow for most of the year. Except in the summer months, when the region is open for pilgrims.

It is not the first time pilgrims have died in the inhospitable area. Most often, believers succumb to fatigue or exposure to the elements. In 1996, more than 250 people died after a snowstorm claimed thousands.

August 11 is the last day of the pilgrimage. This night there is a full moon and then the Hindus commemorate that Shiva reveals the secret of the creation of universe.

Indomaret 2022 Requirements and Deductible Prices and How to Register