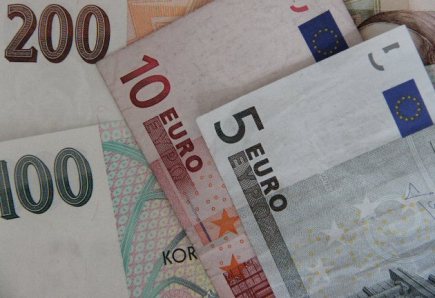 Prague – Following the intervention of the Czech National Bank (CNB), the Czech currency strengthened to less than 25 kronor against the euro on Thursday. At 17:00, it strengthened against the euro by 31 pennies to 24.98 CZK / EUR. The dollar stagnated at 23.98 CZK / USD. This comes from the data on the Patria Online server. The Koruna weakened sharply on Wednesday following the appointment of Aleš Michl as the new CNB governor. The decline continued this morning, but before noon the bank announced a decision to begin intervention against the weakening of the Czech currency. The Prague exchange has continued to lose and has closed at its lowest level since March 8.

At the limit of 25 crowns per euro, respectively. The Czech currency has been hovering just above it for almost a week. Previously, it has remained below the CZK / EUR exchange rate since around mid-March. According to experts, the koruna has weakened in recent days precisely in connection with information about the possible appointment of Michel, who is opposed to the current cycle of raising interest rates by the CNB.

When Michl was officially appointed central bank governor on Wednesday, the koruna was severely weakened by dozens of coins. On Wednesday 17:00, its exchange rate was 25.29 CZK / EUR and this morning it reached 25.48 CZK / EUR. Therefore, at today’s extraordinary monetary meeting, the CNB Council decided to launch intervention in the foreign exchange market. According to the central bank, their goal is not to allow a long-term weakening of the koruna against the current high inflation. “The CNB will therefore prevent weakening in late June, however, uncertainty about this policy remains high after changes in the Bank Board in late June,” said Komerční banka analyst Michal Brožka.

The Prague Stock Exchange’s PX index fell 1.48 percent to 1,279.49 points on Thursday, the weakest end since March 8. Most shares failed, most notably the shares of financial institutions and Pilulka Lékárny. Only Photon Energy’s emissions increased. It follows from the internet page stock market and analyst statements.

Erste Bank lost 2.14 percent to 685.80 crowns during the day, Moneta Money Bank lost 2.53 percent to 81 crowns. Both banks had repaid all their profits the day before, Moneta closed below in about 11 months, said Wood & Company broker Vojtěch Boháč.

Pavol Mokoš from Patria Finance pointed out that Moneta shares are currently trading below CZK 82, which is the level below which new shares should be registered in the near future. “If the price is kept below this limit, then this action does not give investors economic significance, when it is more advantageous to buy shares on the market at a lower price,” he added.

Security Pills continued to lose, falling by seven percent to 930 crowns. “They haven’t seen a single day of growth in the last month,” Boháč said.

Only Photon Energy shares recorded growth, by 0.36 percent to 55 crowns.