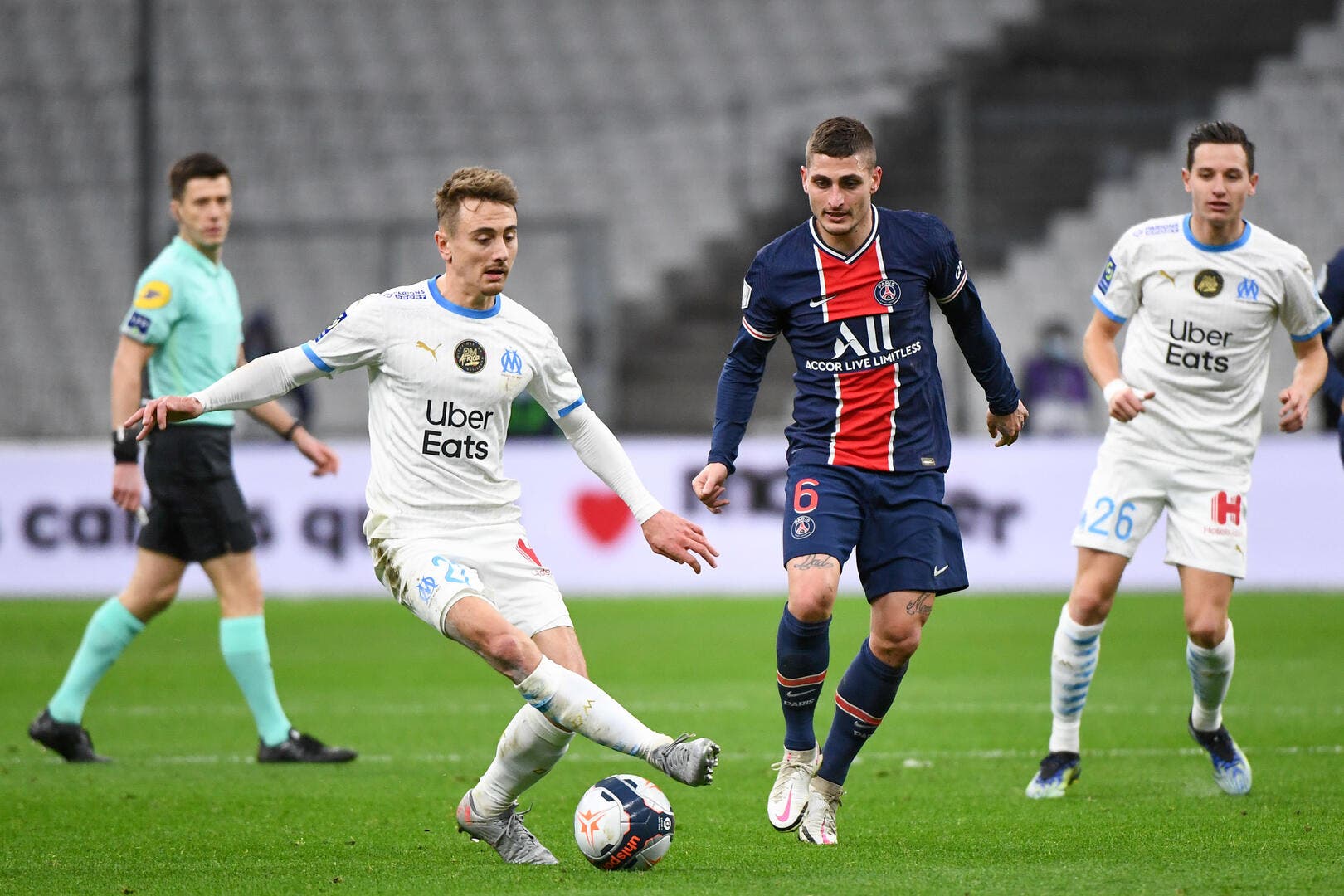 Currently ninth in Ligue 1, OM can and must still aim for the TOP 5 according to Frédéric Piquionne.

Since the announcement of the resignation and then the dismissal of André Villas-Boas, it is Nasser Larguet who occupies the post of interim coach of Olympique de Marseille. Under the orders of the 62-year-old man, the Marseillais seem to have found a semblance of serenity, even if the results do not necessarily demonstrate it. Beaten by PSG in the 100th Classico on Sunday evening, the Phocéens showed interesting things, especially in the midfield. If a defeat to PSG still hurts and the club is currently at a very disappointing 9th place in Ligue 1, the championship is still long. During the After Foot, Frédéric Piquionne was optimistic for the rest of the OM season.

“In the first period, Germain made good calls. It has not always been served wisely. But the few times it was served, it allowed the block to go up a little higher, to have orientations on the sides. A few centers have arrived, even though Payet and Thauvin are doing too little. On the intensity, Gueye, Rongier and even Kamara walked on the Parisian midfielder. I will use this game for the rest, there are some interesting things to take. Afterwards, the hard blow is Milik’s injury… If it’s muscular, it will last for two or three weeks. On his return, Milik – Germain will have to be in front. The Top 5 for Marseille? Yes ! Rennes is no better than OM. Marseille should recover something at the end of the season with a place in the European Cup ” explained the consultant. In order to end the season with a cannonball, the Olympian management is actively working on the name of André Villas-Boas’ successor. To this day, the favorite is still called Jorge Sampaoli.