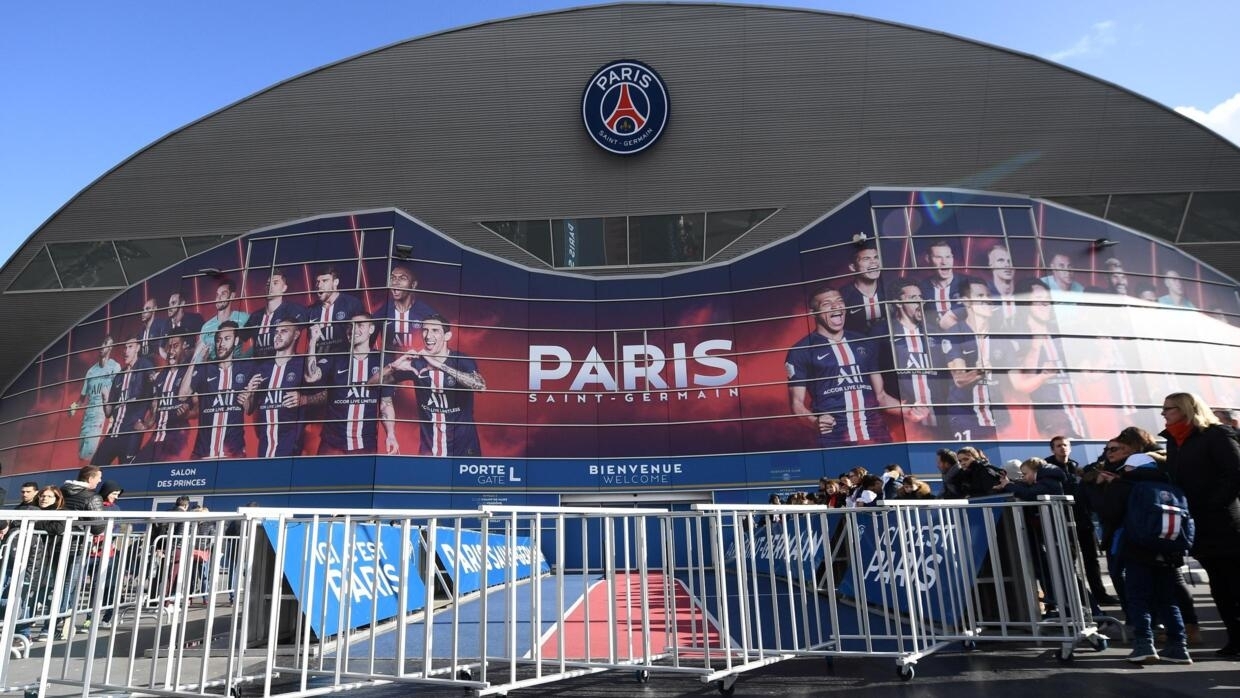 Faced with the spread of the virus, all gatherings of more than 5,000 people in confined spaces and certain sporting events have been suspended until further notice. But for now, football has been relatively spared.

Football fields so far seem immune to the coronavirus. While the Paris half-marathon and all the sporting events taking place in confined rooms of more than 5,000 people have been canceled, football remains at this stage the great forgotten health recommendations. At least that’s what some people say on social networks. “Cancel the #Paris half-marathon but maintain Ligue 1 football games, ban markets but leave supermarkets. For the government, the best remedy for #coronavirus is money!” in particular sorry Julien Odoul, candidate National rally for the town hall of Sens, March 2 on his Twitter account.

Cancel the half marathon #Paris but to maintain Ligue 1 football matches, to ban markets but to leave supermarkets. For the government, the best remedy for #coronavirus that’s the money!

Contacted by France 24, the Professional Football League (LFP) defends itself from any pecuniary consideration. “We are monitoring the situation day by day, hour by hour and are ready to adapt. We discuss the sanitary circumstances with the local authorities. Then, it is the Prefect who makes the final decision to maintain, cancel the match or play it behind closed doors. “

This is precisely what the prefect of the Oise did. The Ligue 2 Chambly-Le Mans match is currently the only football match in France that has been behind closed doors. It will be played Friday evening in Beauvais, in the department most affected by the Covid-19. Officials had initially thought of moving this meeting to another stadium, like that of Charléty in Paris, before the prefect took the decision behind closed doors.

For the rest, the meetings of the 28e day of Ligue 1 and Ligue 2, should therefore take place normally this weekend. Just like the semi-finals of the Coupe de France Wednesday in Lyon and Thursday in Saint-Etienne. Ditto for the Women’s Tournament of France, a new friendly event which begins Wednesday with France-Canada and will last until March 10 between Calais and Valenciennes.

It must be said that these sports meetings are played in open air stadiums and do not fall within the framework of the measures imposing a cancellation. “Today Ligue 1 football matches are not subject to any particular restrictions, added Sports Minister Roxana Maracineanu on Tuesday March 3 on the coronavirus and its consequences on football. The vast majority of spectators regional territories, where no traffic restriction measures are applied “. But “this subject will be studied case by case before each match with the prefects,” explained Roxana Maracineanu, who organized a meeting in the morning with representatives of the professional leagues and the sports movement.

We study on a case-by-case basis and in the dialogue each situation, event. The closed door can be an answer when the cancellation is envisaged due to the strong mixing of audiences coming from risk areas. pic.twitter.com/YuPufV86Pq

The minister remained cautious about the 8e of the Champions League final return between Paris SG and Dortmund, March 11, saying that “at least the match will be held” but that a closed session was a hypothesis. “The health of players and spectators remains our priority,” said Nathalie Boy de la Tour, president of the Professional Football League. “For us, it is responsibility and measure. We take our responsibilities but we must also keep reason,” she said. A board of directors is scheduled for Wednesday morning on this subject to take stock of the situation.

For now, the Professional Football League claims to have already adapted to the risk of coronavirus. The proceeding upset, Saturday, the device that precedes the meetings of L1 and L2, by inviting players, referees and other actors not to shake hands before kick-off. “We will continue this new protocol, because we have a duty of exemplarity. There will be no handshakes, in accordance with the recommendations of the Ministry of Health,” said the leader.

However, beyond our borders, more stringent rules have been put in place. The Japanese football federation has postponed all matches until March 15. In Italy, the Europa League match between Inter and Ludogorets on Thursday will be held behind closed doors. But these drastic rules apply in countries hitherto more severely affected than France by the virus.

In Europe, Switzerland, which has recorded only 55 cases, has nevertheless decided to suspend the football championship until March 23, a first in Europe since the start of the Covid-19 epidemic.

Such a decision which is not topical in France. For the president of the French Football Federation (FFF), Noël Le Graët, canceling the matches would amount to “adding to the panic”. He prefers to “trust” the authorities to take action. “There are a lot of cases, some of which are unfortunate. But having said that, canceling the games is adding to the panic, I think. Not all regions are victims of significant contamination,” said the official. in Amsterdam, on the sidelines of the UEFA Congress in which he participated Tuesday morning.

There remain the major international competitions. If the situation persists, questions about maintaining important sporting events may arise. This is why the major sporting bodies, such as the International Olympic Committee (IOC) or UEFA, met in executive committee on Monday and then in congress on Tuesday in Amsterdam, to question the maintenance of sports competitions and the measures of precaution to take. Officially, optimism dominates. UEFA told AFP on Tuesday that “there is no need to change anything in the timetable” for the Euro. But the competition is due to start on June 12 in Italy, the European country most affected by the virus, with more than 2,500 positive cases and 79 deaths, according to a final report on Tuesday evening.

“We have to go fast”: to fight coronavirus, the World Bank announces immediate aid of $ 12 billion